You are here: Home / All posts / When is a plan not a plan? Reflections on the NHS Long Term Plan.

Professor Kath Checkland and Dr Jon Hammond of the University’s Health Organisation, Policy and Economics unit (HOPE) share their thoughts on the Government’s new ‘Long-Term Plan’ for the NHS.

In the midst of the Brexit-related gloom, one bright spot stood out last week – our most beloved public service, the NHS, has a plan! Much trailed over Christmas in a carefully orchestrated series of press releases, the Long Term Plan produced by NHS England has garnered significant headlines and many webpages of comment, displacing, at least for a day or so, preparations for a ‘no deal’ Brexit as the topic of choice for newspapers and websites.

The context for the plan was the announcement in the summer by Theresa May of an additional £20.5 billion in funding for the NHS, and the associated requirement that NHS England should explain how the money wold be used, not just to plug funding gaps, but to transform the care offered in the NHS. Whilst this sounds like a great deal of money (and it is a settlement other public services would die for, not least local government), it actually represents growth of just 3.4% (below the historical average of 3.7%), after many years of below inflation growth of 1%. Commentators agree that it is not a transformative sum of money, but nevertheless the NHS must show itself able to make changes in order to justify the settlement to the Treasury. So what does the plan say?

To begin, it is important note is that this is not a plan in any of the usually accepted senses of the term. The OED defines a plan as: ‘an organized (and usually detailed) proposal according to which something is to be done; a scheme of action; a strategy; a programme, schedule.’ The NHS Long Term Plan does set out some overarching goals – to boost out of hospital care and reduce pressure on hospital emergency services, to provide more personalised and ‘digitally enabled’ care – and does then specify a number of things which the NHS will do towards achieving those goals. So far, so plan-like. However, the goals are vague, the linkage between the suggested actions and the goals is rudimentary and lacking robust evidence, and the crucial question for any plan – that of how the desired outcomes will be achieved – is left largely unstated.

Moreover, whilst the ‘plan’ contains a broad brush description of the building blocks which will be required within the system – greater integration, some changes to payment systems, new shared responsibilities between different organisations – the important details – who is responsible for what, how will money flow – are left blank.

Great expectations – what a plan for the NHS should look like

In understanding the overall shape of the Plan it is helpful to step back and consider what a health system needs to do. Essentially there are three components: a system of organisations capable of delivering clinical care to meet the full range of needs in the population; a menu of evidence-based clinical interventions and ways of delivering care which will be provided to the population; and, finally, mechanisms for making decisions about priorities and distributing funding between the different organisations and types of service.

The NHS is a tax-funded system, and the range of options available flows from that fact. Some additional issues also need to be addressed, such as performance management and accountability, but these are essentially characteristics the structures and relationships in place. We would thus expect a coherent plan for the NHS to describe how the full range of evidence based clinical services will be procured, with the most important aspect of this being the structure of the system and the mechanisms for payment. We would not expect a plan to specify the full range of clinical services to be provided, as this is ever-changing and developing as the evidence base develops.

The system must therefore be capable of adaptation, rather than being constructed to deliver the current ‘state of the art’.

A plan for the NHS thus needs to define a system of organisations and set of relationships between organisations which will be able to respond to the constantly developing what and how of service delivery to provide the full range of types of clinical services, according to the best evidence of the time. This plan, by contrast, provides only the most general of hints as to what the elements of the system will be, whilst picking out a small number of clinical areas and specifying a poorly-justified smorgasbord of very specific clinical services which the system will now provide. Thus, for example, stroke and cardiovascular care are singled out, and each given a small number of specific clinical services which are promised, whilst other service areas – kidney disease, for example – are not mentioned. The criteria by which these service areas were chosen above all others are largely unstated, and the evidence base underlying the chosen interventions is not always clear.

We are told that ‘all diabetics in hospitals will have access to a dedicated foot care service’, and ‘patients with asthma will be supported to move away using from short acting inhalers’; both are no doubt laudable service aspirations (and are almost certainly already available in many areas), but what local NHS organisations need to know from a plan lies below this surface level. What mechanisms will be available to support the design and delivery of such services? Who will be responsible, how will payments flow, and how will demand be managed? It is here that the ‘plan’ is largely silent.

Whether the NHS can deliver the service aspirations set out in the document will depend, above all else, on the availability of appropriately trained staff. This is acknowledged to be a problem, and the Plan sets out aspirations for 5000 extra nurse training places, additional places in medical schools, and reiterates a commitment to 5000 more doctors in general practice, but the details of how this will be achieved will be in a ‘comprehensive workforce implementation plan’ which will be published ‘later in 2019’.

Unspoken assumptions and ‘wish lists’ can only go so far

In terms of the wider infrastructure needed to deliver these service commitments, the Plan offers hints but little clarity. GPs will be required to work together in geographically-based networks, and there will be some funding which will flow via these networks to support the employment of a wider range of different types of healthcare professionals, but it is unclear how the money will flow or who will employ these new professionals.

It is suggested that the underlying funding model of the NHS will move away from one based upon providing funding tied to activity levels to funding formulae based around population need, but there is no timescale provided for this, nor any indication of how this will be developed, or by whom. Integrated Care Systems (ICS) are to be the building blocks of the NHS, but these are not described in any detail. We are told that there is likely to be only a single Clinical Commissioning Group per ICS, but as the size/coverage of ICSs is not specified individual CCGs cannot tell whether they will need to merge with their neighbours. The governance structure of ICSs is also left very vague, with a suggestion that there is a ‘clear expectation that [Local Authority representatives] will want to be involved’ with their local ICS. This odd formulation suggests that there has been limited consultation with these bodies prior to publication of the Plan.

It is suggested that regulators such as the Care Quality Commission will ‘focus on integration’ in its inspections, but no detail as to whether this will be in addition  to their existing organisation-based approach, or will replace it. The mechanism by which organisations will work together is said to be new forms of contract such as ‘alliance’ or ‘prime provider’ contracts, but the evidence base regarding the application of such contractual models to the NHS is very limited.

The document finishes with a ‘wish-list’ of changes to legislation. Many of these suggested changes seem eminently sensible, and should eliminate the need for ’workarounds’ which currently characterises much that goes on in the NHS. Removing the presumption in favour of competitive tendering would be welcomed by many, as would be allowing the creation of new Integrated Care Organisations as NHS bodies. However, it is unclear whether the Government is sympathetic to these demands, or whether there is a realistic prospect of legislative change in the near future given the amount of political time and energy being expended on Brexit.

In summary, this Plan is ambitious in scope but reads more like a detailed but patchy set of service specifications than a plan as to how the NHS will work. There are some aspirations and intentions about some potential mechanisms by which these things might be delivered – ICSs, primary care networks, a comprehensive workforce plan – but little detail on these aspects. More generally, it is far from clear that a centrally imposed set of service specifications is desirable or even helpful for a service struggling to deliver the basics of care.

The Plan seems to be underpinned by an unspoken assumption that improving prevention will save money, but this is by no means proven, and the successful management of NHS finances in the longer term will depend crucially upon the health of the social care sector.

In the absence of a Green Paper on social care funding, NHS England has clearly had a difficult job to do in producing a plan, given that so much depends upon the NHS and social care sector working efficiently together. However, a Plan based around the central specification of a small number of detailed service offers may limit the opportunities for local areas to respond to local needs. Much depends upon what comes next, including the workforce plan and decisions about funding models, and we will await these with interest. 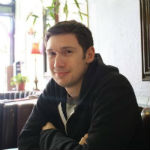 Dr Jon Hammond is a health policy and health services researcher specialising in qualitative and observational methods. He has particular interests in the NHS and health care policy history, governance, political economy, institutionalism, and anthropology.