You are here: Home / All posts / Understanding antibiotic resistance: A national antibiotic prescribing dashboard for policymakers

Antibiotic resistance has been outlined as one of the most urgent global health problems by healthcare and research organisations across the world. Research from the European Centre for Disease Prevention and Control shows that, 33,000 deaths in Europe were attributed to infections caused by antibiotic resistant bacteria in just one year.

According to a study funded by Public Health England, up to 1 in 5 antibiotics were classified as inappropriately prescribed in primary care in the UK, with the NHS highlighting the link between antibiotic resistance and inappropriate prescribing. With this in mind, it’s clear that measures need to be put in place to prevent antibiotic resistance from developing into a healthcare crisis.

The analysis showed that northern, socio-economically deprived regions were antibiotic prescribing ‘hot spots,’ which suggests that these regions may require more concentrated antibiotic stewardship programmes, in comparison to their southern, more affluent counterparts where antibiotic prescription rates are notably lower.

The study from GM CHC recommended the implementation of specific area-level strategies that are more tailored to suit each patient catchments’ requirements, rather than implementation of a national, overarching strategy.  Another study from GM CHC reveals a strong link between the prescribing antibiotics and the prescribing of other types of medicine, with high-prescribing practices issuing up to 80% more antibiotics than low-prescribing practices.

As part of the GM CHC antibiotic resistance project, the research team have analysed data from 400 GP practices and more than 20 million consultations and made this anonymised data available in the form of a new digital dashboard.

The National Antibiotic Prescribing Dashboard allows a range of health stakeholders, including policy makers, to better understand the factors that influence the UK’s antibiotic prescribing profile.

The National Antibiotic Prescribing Dashboard data shows that factors such as GP Practice location, time spent with patients and staff shortages impact on the number of antibiotics prescribed.

The dashboard also reveals that patients considered to be at ‘low risk’ of hospitalisation from infection-related complications are prescribed just as many antibiotics as patients who are at ‘high risk’ of being hospitalised within the next 30 days. This clearly demonstrates the need for effective antibiotic optimisation strategies, to ensure that the people who are being prescribed antibiotics are the patients who need them most.

Funded by the Department of Health, the Dashboard has been developed for a range of stakeholders including healthcare providers, academic institutions, CCG’s, and local authorities to better understand the existing antibiotic prescribing landscape and to help meet the Government’s target of reducing the number of inappropriate prescriptions by 50% by 2020.

In addition to the National Antibiotic Prescribing Dashboard (available now), in the coming months a functionality will be added to the dashboard exclusively for GPs and other Primary Care healthcare professionals, to support them in optimising their antibiotic prescribing.

This add-on tool, the GP Antibiotic Prescribing Dashboard, will provide GPs and other prescribers with the information that they need to compare their own antibiotic prescribing patterns to national and regional prescribing rates. Practices will be able to use the Dashboard as a tool to see whether their patients are considered ‘high-risk- or ‘low-risk’ of developing infection related complications, enabling them to use this data to help make a decision as to whether a prescription is needed (or not.)

To find out more about the GM CHC’s research into antibiotic prescribing and the Antibiotic Prescribing Dashboard, watch this video.

The new dashboard is available now. To access the dashboard, you should:
1) Register for an account here

2) Wait for an email from action@manchester.ac.uk to confirm your account’s approval and click on the link in the email to update your password. 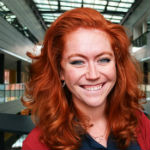 Katie McCall is the Digital Communications Coordinator for the Greater Manchester Connected Health City programme at the University of Manchester and has worked in Public Sector communications since graduating with a degree in Modern Languages. She also coordinates communications for two local charities, Manchester South Central food bank and Together Dementia Support, and her articles and fiction have been published in the UK and the USA.