You are here: Home / All posts / Beyond the parish pump… what next for public health?

Alex Hall, Research Associate at the University of Manchester, draws on a three-year study by the Health Policy, Politics and Organisations (HiPPO) Group into the impacts of the Health and Social Care Act 2012 upon commissioning of health services, to explore the significance of the Act for public health’s professional identity.

During the nineteenth century, the rapid urban expansion of the industrial revolution meant that outbreaks of deadly diseases became common. It was thought that they were spread by ‘bad air’, until a London physician named John Snow scientifically deduced that the handle of the Broad Street water pump was responsible for a cholera epidemic in Soho, and persuaded the parish officials to remove it. The outbreak stopped almost immediately, and Snow is considered to be one of the founding fathers of epidemiology, which has been a core component of public health ever since. Yet throughout its history, public health has wrestled with questions of its professional identity – whether it a medical discipline, or something different; whether it is the responsibility of public health specialists, of all those working in healthcare, or whether it extends more broadly to include those working in wider public services such as housing and transport.

After Snow’s pioneering work, public health developed its own identity within local government, using epidemiological approaches alongside other occupational groups such as sanitation engineers and town planners. Following the creation of the NHS, public health was gradually shifted out of local government until it eventually became part of the medical profession, renamed ‘community medicine’. From the 1980s, the ‘new public health’ movement sought to reclaim the title ‘public health’, arguing that it was about more than just stopping the spread of diseases, it was also about actively promoting good health.

For the last 30 years, the World Health Organization has defined public health as “the science and art of preventing disease, prolonging life and promoting, protecting and improving health through the organised efforts of society”. The UK’s public health professional membership organisation, the Faculty of Public Health, suggests that to be a public health professional includes (i) working at the level of populations rather than individuals, (ii) emphasising health protection and health improvement, and (iii) paying particular attention to the needs of vulnerable groups in society. These professional values have not always sat easily alongside the New Public Management approach to running public sector services, which emphasises marketisation, targets, and measurable standards of performance, enforced by managers rather than established professional groups.

The Health and Social Care Act 2012: an opportunity for public health

The wide-ranging reforms to the NHS and local government introduced by the Health and Social Care Act 2012 reflected the belief the NHS had become bloated with too many managers, and stifled by central control. The Act emphasised the role of clinicians rather than managers in shaping health services, and localism rather than centralisation. Public health was moved out of the NHS and back into local governments for the first time in 40 years, with the rationale that it would be able to link more closely with services such as housing, education and leisure, to better address the specific health needs of local populations. Local governments therefore took responsibility for a range of public health services, such as obesity, sexual health, stop smoking, and drug and alcohol services, with ring-fenced budgets. The NHS retained control of a handful of public health services, such as screening and immunisation programmes. The reforms also created Public Health England, a new body within the Department of Health and Social Care, to serve as a unifying figurehead organisation for the public health profession.

Public health is now susceptible to local government politics, and there is a lot of variation across the country as to where public health teams sit within the organisational hierarchies of local governments. Some Directors of Public Health enjoy greater autonomy than others, and they are expected to balance being expert advisers with promoting their local government’s agenda. Public health teams may have to engage in politicking in order to gain influence, particularly when it comes to standing up for vulnerable populations and services – which is a core element of their professional identity – that might be undermined by austerity.

Public Health England has helped raised the profile of the profession, but there are concerns amongst some members of the profession that because it is part of the civil service, it is susceptible to political interference. There were suggestions that the sugar tax report of 2015 was delayed because of political wrangling, which although unproven, highlight the challenges public health professionals face in trying to uphold their core professional values in this new environment. The relationship between Public Health England and NHS England is also confusing: for example, some public health professionals responsible for screening and immunisation programmes are employed by PHE but are embedded within NHS England, leading to a lack of clarity about precisely who they are working for and what authority they have.

What next for public health?

History has shown there is no single best place within a healthcare system in which to locate public health. What is more important is how far public health professionals are able to develop relationships, negotiate their roles, and provide expert leadership across that system. To do these things they need a strong professional identity, which remains difficult to achieve. One of the main problems may be a conflation of ‘public health’ with ‘population health’: the latter includes a focus on major determinants of health, such as housing and education, and is so broad that no one professional group alone could possibly address it.

There remains a need to clarify roles and expectations for public health as a specialist profession in helping to fulfil broader population health goals that are not just about stopping the spread of infectious diseases. Over the past few years, the NHS has been moving towards greater integration of the planning and delivery of health and social care, but as the recent House of Commons Health and Social Care Select Committee report highlighted, the various organisations involved, including Public Health England, have thus far lacked a coordinated strategy. 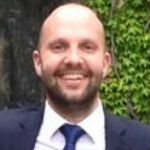 Dr Alex Hall is Research Associate at The University's Division of Population Health, Health Services Research and Primary Care, Alex's research interests focus on the organisation and delivery of health and social care; and the development and implementation of health technologies.