You are here: Home / All posts / Genital normalising surgeries on intersex infants: A scandal in waiting?

Anna Nelson Postgraduate Researcher at the University of Manchester examines the current law around imposition of surgery upon intersex infants and why the UK should follow Malta’s lead and legislate against this.

‘Intersex’ is an umbrella term for a range of conditions which result in a child being born with atypical sexual or reproductive anatomy.  Such conditions affect between 0.05 % and 1.7% of the world’s population. Many do not have serious medical side effects, instead primarily resulting in atypical external genitalia which does not impede upon natural bodily function.  Surgeries are often performed with the aim of ‘normalising’ the appearance of the genitalia in accordance with what we typically expect male or female genitals to look like.

This blog post looks at only those surgeries carried out purely for aesthetic purposes, that is surgeries which have no therapeutic benefit but rather involve the surgical alteration of external genitalia to match societal norms.

What is the Law in the UK?

There is no specific law in the UK regarding intersex normalising surgeries.  The fundamental legal position is that medical treatment is unlawful unless consent is given.  In order to give legally valid consent a person must possess the capacity to understand, retain and use information in making a decision. It is obvious that infants lack the skills necessary to give consent, yet in the UK children are considered separate legal entities with their own rights.  In order to allow for legal medical procedures to take place on children, the law uses parental responsibilities and rights; these are conferred on parents through The Children Act.

As a result of their responsibilities, parents have wide discretion when making treatment decisions for their children; however, the reach of their power is not limitless. This is a result of the modern conception of parenthood; children are in no way considered the ‘property’ of their parents and this is reflected in the fact that parental responsibilities and rights are intended for use only to protect the child and their rights. Practically, what this means is that parents only have the right to consent to treatment which is in their child’s best interests.  At present, the need to consider the child’s best interests in giving consent to treatment has not been seen to present an impediment to the performance of normalising surgeries; however, this position can be subject to scrutiny.

What about Human Rights?

In contrast to the UK law’s seeming apathy about normalising surgeries, they face strong and widespread condemnation from international human rights bodies.  A very clear illustration of this is the fact that the Universal Declaration of Human Rights requires that an end is brought to normalising surgeries. This position has been repeated numerous times in recent years, the surgeries have been labelled as a human rights violation by the UN, and a number of UN bodies have demanded the cessation of the surgeries in order to protect the right the child has to physical integrity and self-determination. Perhaps the most persuasive international statement comes from the UN Special Rapporteur on Torture who has called upon all states to “repeal any law allowing intrusive and irreversible treatments, including forced genital-normalizing surgery, when enforced or administered without the free and informed consent of the person concerned”.

Additionally, the practice has faced criticism at a more regional, European level.  The Commissioner for Human Rights of the Council of Europe has made the recommendation that any medically unnecessary procedure should be ended, and instead, the child should be given access to sex assignments when they reach an age at which they are able to understand the matter sufficiently to provide their own, informed consent.  This echoed the sentiments of the Council of Europe Parliamentary Assembly who found that normalising surgeries violated the right to “bodily integrity, autonomy and self-determination”.  While these statements have no direct impact in the UK and do not require any change in the law, they do help to evidence the fact that such surgeries ought not to be considered to be in the child’s best interest.

Unfortunately, there has yet to be a case brought to the European Court of Human Rights which condemns these surgeries. If this occurred, there would be a clear catalyst for change, as the UK is obliged to take account of decisions made by this court.  This would be a particularly strong tool at present, as the UK’s obligations in relation to the European Convention on Human Rights are unaffected by Brexit.

The message is nonetheless clear; these surgeries contravene the basic human rights of perhaps the most vulnerable members of society – newborn infants.

So is There Another Way?

The right the parent has to consent to medical treatment on behalf of their child is not absolute; rather it only goes so far as allowing them to fulfil their responsibilities to their child, with limits coming into place when surgical intervention is proposed which is not in the best interests that child.  Additionally, international human rights bodies widely condemn the practice of genital normalising surgeries on infants; something which violates a person’s basic human rights cannot be in their best interests.  Given these two facts, it seems clear the law is in need of reform.  This is an issue which involves complex socio-ethical issues, and as a result, it seems that this is a job for the parliament who can debate and explore these, rather than a job for the courts.

Though an issue which passes under the radar in the majority of countries, there is a precedent which could be used as a model for reform. In 2015 Malta introduced the Gender Identity, Gender Expression & Sex Characteristics Act, a landmark piece of legislation which imposes a ban on all intersex normalising surgeries until children are old enough to consent. Surgery can only be performed prior to this time in exceptional circumstances, and requiring agreement between the parents and medical team and the decision must not be influenced by social factors.  The wording of the Act, as well as its purpose, make it clear that this exception could only be used to correct a medical problem, and not to allow for cosmetic ‘normalising’ of genitalia.   This piece of legislation clearly adheres to the human rights requirements, reflected by the positive treatment of the legislation by the Council of Europe during the consultation that preceded its enactment.

It is proposed that the implementation of a similar piece of legislation in the UK would help protect the human rights and in turn the best interests of, intersex infants.

A Scandal in Waiting?

Increasingly the media, and as a result society, are showing an awareness of the existence of intersex persons.  The road to change remains slow, likely a throw-back to the secrecy and shame which surrounded the condition until the quite recent past; where parents were told to hide the truth from intersex children.  Eventually, however, we will reach a point where increasing awareness is likely to lead to increasing outrage about these surgeries; the UK ought to reform the law now to avoid a scandal in the future.  This is especially true given the increasing trend towards centring the importance of patient autonomy and self-determination that medical law is demonstrating.  Legislative reform itself isn’t enough; this must be coupled with a concerted and government-led effort to educate to improve understanding of the intersex condition.

Currently, however, the scandal seems to be that this isn’t yet a scandal. 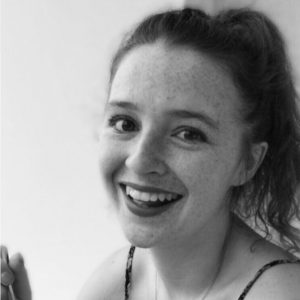 Anna Nelson graduated with an LLB from the University of Glasgow in 2017. She is currently undertaking the Healthcare Ethics and Law LLM at The University of Manchester.