You are here: Home / All posts / Brexit and Health, Science and Society

Our blog ‘Brexit, Regulation and Society’ blog series, in conjunction with ManReg, continues with Tamara Hervey and Sarah McCloskey, from the School of Law at The University of Sheffield who examine the importance of health to the Brexit debate.

The importance of Health

“Another day, another ‘how bad is #Brexit for #health, #science & society?’ discussion”, reads @TamaraHervey’s Twitter feed.

Health was simultaneously at the forefront and the back of the electorate’s minds when the majority of the turn-out voted for Brexit. The millions more for the NHS had significant influence in the polling booth. The entanglement of EU law and UK health, less so. For those of us who specialise in EU health law and policy, however, this was a primary concern.

For nearly two years now, we have been discussing these issues. And the answer to the question? Leaving the EU is bad for health: very bad. Far from the promise on the side of that bus, Brexit threatens every aspect of our health system, of public health, and of UK life sciences research.

The good news (such as it is) is that this message is now beginning to be understood by key stakeholders, even if not by the general public. As we are at present nonetheless leaving the EU, it is up to us to ensure that we secure the least-worst outcome for health, science and society possible. To do this, we must first determine where we are, and what direction is best from here.

The EU (Withdrawal) Bill repeals the European Communities Act and set in motion the amendment of a 40+ year old part of the UK constitution. To ensure continuity, there will effectively be a new formal source of UK law: ‘retained EU law’. All EU law which has effect in domestic law and is in operation immediately before Brexit day will continue to do so afterwards. In terms of health, this includes rules on migrant patients; the health, social care, and scientific research workforce; medical devices, equipment and pharmaceuticals; standards for the donation, testing, and storage of human tissue and cells; a wealth of public health law such as food safety, air and water quality, and patients’ rights.

But the Bill also makes provision for amendments to that law. These will be addressed via statute (e.g. a proposed immigration bill) and delegated legislation. In some cases, using controversial ‘Henry VIII clauses’, Ministers will be authorised to make secondary legislation that amends or even repeals Acts of Parliament. Thus, the executive has powers usually reserved for Parliament, and without the same checks and balances. Parliament is bypassed completely. In theory, judicial review is possible, but it is a challenge to have cases heard, to receive a timely decision, and to get a desired remedy. The Bill confers a great deal of discretionary power and therefore generates a lot of uncertainty. Thus, it poses a possible threat to the protection of health post-Brexit.

The second great revelation of the Withdrawal Bill is that it repatriates devolved powers currently governed by the EU to the UK rather than the devolved nations/regions. While Schedule Two purports to set out the powers of these devolved institutions to amend ‘retained EU law,’ paragraph 3 (2) appears to pull ‘a fast one‘. The paragraph in question precludes devolved assemblies from making any changes ‘inconsistent’ with those made by Westminster. The rest of the Schedule is rendered tokenistic. Devolved authorities can only make changes Westminster would itself make. As much of health law is a devolved power in the UK, this places a whole host of related issues back on the Westminster table. The potential for change is therefore huge, and constitutionally significant.

And this is perhaps the best summary of the situation to date. The scope for significant developments is wide but, for now, it remains only potential. So, moving forward, it is necessary to identify the path to that ‘least-worst’ outcome. Serious scrutiny of executive power, involving all health stakeholders, will be essential.

Where could we be headed?

The choices for Brexit are not binary. Beyond ‘soft’ and ‘hard’, there are something closer to ‘fifty shades of Brexit’. But there is a difficulty in that, among these, there will be multiple approaches to securing our proposed objective of the least-worst outcome for health.

Consider just some of the ‘fifty shades’.

But all of the above involve a loss of ‘control’ incongruous with the ‘taking back control’ narrative central to the Leave campaign and vote. The question is whether the desire for this misguided concept of sovereignty outweighs a growing public demand for the revival of a struggling health service. If it does, there will likely be resistance to securing the NHS and life sciences in the UK through a mutually beneficial agreement with the EU.

Where should we be headed and how do we get there?

It is crucial that those who are invested in protecting health, life sciences, the NHS, and ensuring fair laws to govern those parts of our public life, take an active role as the negotiations proceed. Relevant stakeholders should seek to create their own accountability mechanisms where constitutional checks and balances are overridden. So, too, should they push for the retention of devolved powers in this area that has been governed by nations and regions for years.

The chasm within the UK population that Brexit creates is ripe for exploitation. But who will take this opportunity? That bus signified an (albeit erroneous) antidote to a recognised frustration. Now a broken promise, this acrimony continues to simmer. And this acrimony represents significant political capital that the government cannot continue to ignore.

From this foundation, stakeholders in health have the opportunity to use this time for positive change. To put issues such as reform of the EU’s working time rules, the importation of more appropriate plasma, and marketisation of complex medical devices, towards the top of the agenda. To, at the very least, divert us away from the current chasm with the ‘least-worst’ bridge available, rather than descend into the abyss.

If the absence of the Health Secretary at the Brexit negotiations table is in any way indicative of the UK government’s conception of a “healthy Brexit”, the participation of such stakeholders is imperative.

Tamara Hervey is a Jean Monnet Professor of European Union Law at The University of Sheffield. 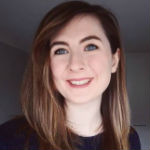 Sarah McCloskey is a Research Assistant in the School of Law at The University of Sheffield.