You are here: Home / All posts / Trouble in Paradise – Corporate Vehicles and Contemporary Tax Avoidance

Yesterday news broke on the so-called ‘Paradise Papers’, a leak of 13.4 million files detailing the financial behaviours of individual and corporate elites, including questionable financial arrangements facilitating the avoidance of tax liabilities – Dr Nicholas Lord (The University of Manchester), Dr Karin van Wingerde (Erasmus University Rotterdam) and Prof Liz Campbell (Durham University) outline the consequences of these seriously harmful behaviours, and highlight the central role of ‘corporate vehicles’ in how they are able to flourish.

The documents that form the Paradise Papers were obtained by the Süddeutsche Zeitung in Germany and disseminated by the International Consortium of Investigative Journalists (ICIJ), including BBC Panorama and the Guardian in the UK. The files primarily come from two offshore companies, one a legal firm, Appleby, and the other a company service provider, Estera. The leak follows on from previous scandals involving the Panama Papers, and the Bahamas and Swiss/HSBC leaks.

As with these previous data leaks, the files indicate the ease at which corporations and high-net-worth-individuals are able to organise, transnationally, their wealth and income, through the established global financial system by using offshore financial centres and a range of legal business structures to enable this. On the whole, it is entirely legal to organise finances in this way, though we might question the ethics of a system conducive to the creation of perpetual configurations of accumulative and inflationary wealth that lead to growing financial inequalities (i.e. wealth creates and maintains wealth). For instance, why would the Queen’s private estate establish and invest £millions in offshore financial structures to then reinvest back in UK businesses? Not to mention the questionable companies where investments have been made.

From a criminological and socio-legal perspective, these data again reinforce how these otherwise legal business arrangements can be (mis)used to facilitate the generation and control of wealth, and enable already wealthy actors to avoid tax liabilities related to varying forms of income (e.g. capital gains) and/or inheritance. We need to question the social (and in some cases, criminal) organisation of these practices, and better understand how laws can be shaped or circumvented for the benefits of a minority social group. For instance, who enables these arrangements to flourish and how do they do this?

Tax avoidance is a recurrent theme in these data leaks. It is a problematic, but interesting, phenomenon and something that is at the forefront of the latest allegations. Within our academic disciplines of criminology and law, we often see a narrow interpretation of ‘social bads’, with much scientific investigation determined by the legal status of behaviours. That is, criminological and legal inquiry is often preoccupied with violations defined as criminal or unlawful by the state. But this can lead to a preoccupation with the ‘known knowns’ and the ‘known unknowns’, such as volume crimes, interpersonal violence, substance misuse, organised crime, and so on (and perhaps a search for the ‘unknown unknowns’).

While these are, of course, all harmful behaviours and warrant academic inquiry, we must also question why greater attention is not placed on those marginalised or ignored harms, the ‘unknown knowns’; those harmful behaviours that state authorities are aware of but for political, economic or pragmatic reasons choose not to pursue vigorously or at all. We might argue that tax avoidance is one such marginalised harm as it contributes to growing inequalities, increases tax burdens on resident taxpayers, and undermines state legitimacy, while state accommodation of avoidance can, in turn, attract criminal monies to jurisdictions known for their lenient regimes e.g. the investment of monies with unverified sources into the UK’s property market, in London particularly.

Tax avoidance is formally legal but the boundaries between legal avoidance, unlawful/unauthorised avoidance, and illegal evasion is blurred, particularly as the tax avoidance in the leaks in some cases represents behaviours that pursue tax advantages that the government never intended. Yet despite some political rhetoric outlining its deleterious impacts, and corresponding international scrutiny, it is not being sufficiently addressed, with former PM David Cameron’s tax avoidance pledges not being taken up by subsequent administrations. Tax avoidance by corporations and individuals involves the circumvention of domestic tax liabilities, often through the gaming of global tax systems by exploiting legal asymmetries and tax rules between jurisdictions. These behaviours are often facilitated or even instigated by large financial institutions such as banks and accountancy firms, that seek to creatively make use of unintended loopholes.

Tax avoidance not only shifts funds away from public policy initiatives and investments, even more pertinent in times of budgetary austerity post the financial crisis and economic uncertainty (think Brexit), but also undermines state legitimacy and perceived social fairness. Thus, a focus on social harm, alongside crime and criminality, is important to understand the full impacts of a range of socially questionable and harmful practices.

Corporate Vehicles as Facilitators of Crime

How the finances involved in these (criminal, unlawful and unethical) behaviours are organised and managed, and who assists with this, is the primary focus of our current Partnership against Conflict, Crime and Security Research (PaCCS) funded project investigating the misuse of ‘corporate vehicles’ in the organisation of serious crimes for gain.

The leaked files demonstrate how the misuse of ‘corporate vehicles’ is at the centre of both the criminal and harmful behaviours. A ‘corporate vehicle’ is a legitimate, and otherwise legal, business entity, such as a Limited company, trust, foundation, or partnership, that is commonly used in business to structure a range of commercial activities and/or in the control and movement of wealth and assets. Corporate vehicles share common features like separate legal personality, that is, they are legal persons separate from members or shareholders, and they often have limited liability characteristics, in that partners or shareholders are liable only for their investment but their personal assets will not be reachable by the entity’s creditors.

In the Paradise Papers, Lord Ashcroft appears to have made use of such structures as he established the Punta Gorda Trust in Bermuda. The trust held assets worth £341m in 2006. In theory, once a person gives funds or assets to a trust, they no longer have any control over them, yet can still benefit from them and obtain tax advantages. However, the Papers indicate that staff at the law firm Appleby (i.e. the independent ‘trustee’, that should have full control) raised concerns that Ashcroft continued to influence the Trust’s transactions.

In terms of criminal behaviours, the key issue is that they permit the underlying ‘beneficial owners’ of the corporate vehicles, that is, the people who truly own and benefit financially from them, to obscure their identity and essentially operate anonymously while retaining control of the monies that flow through them. Thus, corporate vehicles, offshore companies and secretive tax jurisdictions, whilst ostensibly legal and ‘legitimate’, offer criminal and unethical actors a straightforward and effective means of hiding their illicit finances.

A common feature of the control of illicit finance in this way is the assistance of third-party institutions called Trust and Company Service Providers (TCSPs) and other specialist law firms. Appleby and Estera at the centre of the Paradise Papers are two such ‘facilitators’. These actors, often lawyers, accountants and wealth managers, set-up and maintain corporate vehicles for those involved with illicit finance. The corporate vehicles can then be used to legitimately create bank accounts in order to facilitate the control of the illicit monies. We saw this in the recent Azerbaijani and Global/Moldovan Laundromat scandals, where Scottish Limited Partnerships (a common corporate vehicle) were created by service providers on behalf of criminal actors to establish bank accounts in Eastern European countries meaning flows of illicit monies could then be directed to the UK and other countries.

So what can be done in response to these behaviours? We think that much greater focus needs to be placed on the role of these TCSPs, such as Appleby and Estera, but also the banks and large accountancy firms that dictate the functioning of the financial system. The extent of the complicity of leading financial institutions needs to be better understood as such ‘facilitators’ may also be unknowing or unaware of how their clients misuse their systems, though this narrative is becoming less convincing.

Nicholas Lord is Professor of Criminology in the Centre for Criminology and Criminal Justice at The University of Manchester with research expertise in white-collar, financial and organised crimes, such as corruption and fraud, and their regulation and control. 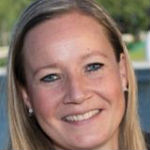 Dr. Karin van Wingerde is a Professor of Corporate Crime and Governance in the Erasmus School of Law at Erasmus University, Rotterdam. She currently works on the enforcement of health and safety violations, the punishment of organized crime, domestic bribery, and the misuse of corporate vehicles for illicit finance. 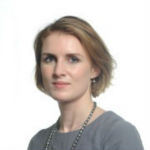