You are here: Home / All posts / Natural gas beyond 2035 is not compatible with our climate commitments

Following on from the 23rd session of the Conference of the Parties (COP 23) to the UN Convention on Climate Change (UNFCCC), Professor Kevin Anderson and Dr John Broderick discuss their research into global carbon budgets and the carbon footprints of natural gas supplies.

Natural gas has been presented as a “bridging fuel” that can play an important role in facilitating the transition to a low carbon economy, complementing a significant increase in the utilisation of renewable energy sources. In a recent study we reviewed  global carbon budgets and the carbon footprints of potential natural gas supplies to the EU to quantify the maximum level of consumption compatible with the Paris Agreement and were surprised at what we found. By 2035 the substantial use of all fossil fuels, including natural gas, within the EU’s energy system will be incompatible with our temperature commitments.

From objectives to quantified emissions pathways

The Paris Agreement clearly sets out common goals to keep “the increase in the global average temperature to well below 2°C above pre-industrial levels and to pursue efforts to limit the temperature increase to 1.5°C above pre-industrial levels”.  At an EU level, existing energy policy must be further tightened to ensure the EU’s ‘fair’ contribution – quantified “on the basis of equity” and in accordance with the “best science” – meets the more ambitious commitments in the new agreement.

With a rapid decline in deforestation and prompt reductions in process emissions from cement production, the post-2017 energy-only global carbon budget necessary to deliver on the Paris temperature commitments ranges from around 490 to 640 billion tonnes (GtCO2); this includes all forms of energy consumption, from transport to electricity. At current rates of global emissions from energy this relates to between 14 years for an ‘unlikely’ chance of 1.5°C, and 18 years for a ‘likely’ chance of 2°C.

What’s a fair share for the poorer parts of the world?

We estimate that non-OECD nations will ‘fairly’ use between 78 and 98% of the 2°C global carbon budget. This is based on very ambitious mitigation by non-OECD countries, peaking their carbon emissions between 2020 and 2025, far earlier than anything countenanced in Paris, and followed by escalating rates of mitigation towards 10% p.a. by the 2040s. This equates to non-OECD post-2017 emissions of approximately 500 to 620 GtCO2.

Implications for the EU

Apportioning a fair allocation of the remaining carbon budget range to the EU, suggests that with current levels of emissions the EU will use all of its 2°C carbon budget in under nine years. Combining the Paris equity criteria with the small and fast-dwindling global carbon budget leaves the EU facing an immediate and profound mitigation challenge. To meet its Paris 2°C commitment the EU needs over 12% p.a. mitigation, starting now. Any delay in starting, or in pursuing a rate below 12% p.a., will either put a ‘likely’ chance of 2°C beyond reach or require still more fundamental mitigation over the following years. Again, this level of mitigation is far beyond the EU’s headline Nationally Determined Contribution target of a 40% reduction from 1990 levels by 2030.

Why has this been overlooked by EU policymakers?

The EU’s current position essentially ignores any reasonable interpretation of equity and is informed by scenarios that assume the huge uptake of so-called ‘negative emission technologies’ (NETs) removing many 100s of billions of tonnes of carbon dioxide directly from the atmosphere. In addition, emissions arising from the EU’s international aviation and shipping sectors are also excluded from the inventory used to estimate its mitigation commitments.

Policymakers need a balanced portfolio of CO2 mitigation scenarios with ‘negative emissions technologies’ (NETs) only included in the exotic minority. The ubiquitous and global-scale inclusion of highly speculative NETs in mitigation scenarios is dangerously weighting the policy-terrain in favour of technocratic-only responses. This endemic bias unreasonably lends support for the continued and long-term use of gas and oil whilst effectively closing down more challenging but essential debates over lifestyles, profound social-economic change and deeper penetration of genuinely decarbonised energy supply.

Given that the non-OECD countries alone look set to exceed the 1.5°C budget, this more ambitious commitment is no-longer a viable mitigation objective. Only if ‘real’ mitigation guided by the carbon budgets for a ‘likely’ chance of 2°C are pursued, and if highly speculative negative emissions technologies prove to be successful at an early and unprecedented planetary scale, could 1.5°C be considered theoretically achievable.

Carbon dioxide from combustion is the dominant contributor to the long-term climate change impact of natural gas. Methane leaks have a much greater warming effect than carbon dioxide per unit released, but methane’s atmospheric lifetime is short, only about a decade. For stabilising at 2°C, reductions in methane emissions are important, but they must be accompanied by the rapid elimination of CO2 emissions from the energy system.

The Paris 2°C and equity commitments, translated into the IPCC’s carbon budget framework, demand a minimum reduction in EU energy-only carbon emissions of around 95% by 2035 from 2015 levels. Consequently, within two decades fossil fuel use, including gas, must have all but ceased, with complete decarbonisation following soon after. Prior work has shown that such a programme of mitigation requires significantly more than two-thirds of existing reserves to remain in the ground (McGlade and Ekins 2014). This conclusion is not significantly affected by the prospect of carbon capture and storage, where the limitations on deployment rates and likely upstream methane emissions substantially restrict its potential. An urgent programme to phase out existing natural gas and other fossil fuel use across the EU is an imperative of any scientifically informed and equity-based policies designed to deliver on the Paris Agreement.

Prof Kevin Anderson is professor of energy and climate change in the School of Mechanical, Aerospace and Civil Engineering at The University of Manchester. 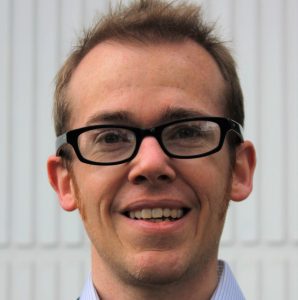