You are here: Home / All posts / The pros and cons of university innovation and exploitation

Paul O’Brien, Professor of Inorganic Materials at The School of Chemistry and The School of Materials, at The University of Manchester discusses innovation and exploitation within UK Universities.

The dichotomy between academia and business is encapsulated by a quote from Geoff Nicholson, one of the 3M Post-it team, who described:

The quote gives a working idea as to where universities sit in contrast to those in successful corporate research. The article will delve into the middle ground, in which academics can be helped to think that their research may have value and become an exploitable reality.

Universities exist in my opinion for three reasons:

These were formalised by the three mission concept of universities mission work in the UK.  The third mission has only been reinforced by the introduction of impact as a performance criterion in the UK. Innovation and entrepreneurship were first given a higher profile in the time Margaret Thatcher was Prime Minister), in which IP (intellectual property) generated on government grants was made available for public institutions/universities to exploit on a no royalty basis the results of government funded research.

This is somewhat in contrast to the USA where Bayh Dole Act which is a bit more prescriptive and inserts more specific requirements into the implementation of federally funded research. The US Model has been often followed, for example in India and South Africa; but there is some evidence that the UK approach is more effective. The impact of technology transfer from universities is generally agreed to be a significant factor in economic growth, one well appreciated by the Obama Administration. However, the dependence of state/general economic benefit on the nature of the arrangement for academic technology transfer is less clear.

The idea will most likely originate from an academic(s) at any level. Most typically ideas originate with an individual academic or a grouping. It is important that if a group of people venture forward in this way that their ownership (of IP) is defined as early as possible and written down on a terms sheet. These groups may broadly be identified/typified as:

This specifically excludes parties sponsoring work owning, i.e. having paid for the right to exploit or an option on exploitation/IP.

To change the world: Many great inventors/innovators have been driven by this desire: Edison, Ford, Land, Gates and Jobs and Wozniak provide very different examples. Academics will need to think about.  How will your idea or invention have influence? How will it find its way to the market place? What will it cost to reach the market place? Where will it fit into a supply chain? What are the regulatory requirements? Academics need to appreciate the difficulty of exploiting ideas.

Some inventors of exploitable technology waive rights to personal income in favour research money e.g. from the Gates foundation; this is laudable as many important projects, especially those benefitting the third world, are not intrinsically attractive as profit making exercises.

To get rich: There is nothing wrong with making money. If you succeed it can be a good consequence yet many academics react with horror at the idea of contaminating their purity; however this is a very limiting approach, but perhaps not as reprehensible as only being interested in the money. Remember if you make money it can be used to do good things.

To enjoy the process: on average academics need to appreciate that it will be tough to work through to success, at some stage they will have problems and maybe wish they hadn’t bothered. I would suggest simply for pleasure is not a good idea.

A fourth reason also exists: self-interest. Success in this area is often now a criterion for promotion. This final motivator is a poor one, as it encourages people without a real interest in the area to get involved. In some ways this encouragement by universities is an overreaction to academic prejudice against useful innovation which was rife until the 1970s.

Universities in the UK all have some kind of grouping managing technology transfer (TT). The normal arrangement is as a fully owned limited company. This route helps with compliance and simplicity of management, as universities are charities. Other large charities do trade but the arms-length set up does have advantages. However because TT groups are most often fully owned they can tend to follow the current fashion in University politics, rather than take a more basic business driven position to seeking success. Pay in these groups is often low and not significantly bonus incentivised. Highly motivated entrepreneurs are not generally attracted to them. It is a shame because working with academics gives an opportunity to work close to a fertile source of new projects.

If we analyse this as a customer client relationship then the academic is always pretty free to develop or not develop an idea, they can also often progress the idea without the use of the Technology Transfer Office (TTO). If both sides want the idea to progress the following should be aspired to:

This view presents a common conundrum in life in general, business and even sport. If we are successful in exploitation then criterion one will be met. The second point can therefore be a false avenue: if we produce without true impact we may have statistics but no value: in other words we could score lots of goals but never win a match or big trophy.

There are many different routes to early stage funding and the availability of such funding varies with the culture at the time and the national an international economies. Funders include:

Self-funding, family or friends are often listed as a first option, but for the majority of university spin outs, the amounts of money may be too great for an individual. That said universities seem remarkably unprepared for the idea that academics might want to invest in their own company.

One dichotomy is what people define of or think of as research; academics have a clear perception of where research ends and development starts. They err on the side of caution in defining research as that which has great academic impact, influences other research and originality is the key in determining quality and hence perceived academic value. On the other side of the coin investors and others in TT will try and get academics to fund development through research funds. This situation can produce a Catch 22 position when linked to peer review processes which will either tend to view an application as research or development. It is common in my experience for academic peer review to undervalue development. In contrast others may urge academics to use funds from research to develop ideas for exploitation. Putting off funding to found a company ie only consider a spin-out when risk has been reduced. There is room for much more clear and specific advice from funders in this area.

At present we are in a time of change in this area in the UK with the influential Dowling Report  coming into play and a serious consideration of the future of such activities is in hand with a consultation on patient capital active as I write.  To understand this we can look at common divergences based on the key perceptions of those involved by using a series of topics: Value, Innovation, Risk and Exploitation on which the parties need to agree on for success, and harmony.

This divergence of view can be frustrating to all parties, and a holistic view is needed. I think groups need to be more aware of this problem and agree what success will look like it could for example be at the extremes of:

Nobody knows the future but it is important to understand each other to successfully form deals that lead to start-ups or IP transfer. An ex-oil trader friend of mine, the late Julian Walsh, once told me that good deals are ones with which everyone is happy. I leave the last word with him. 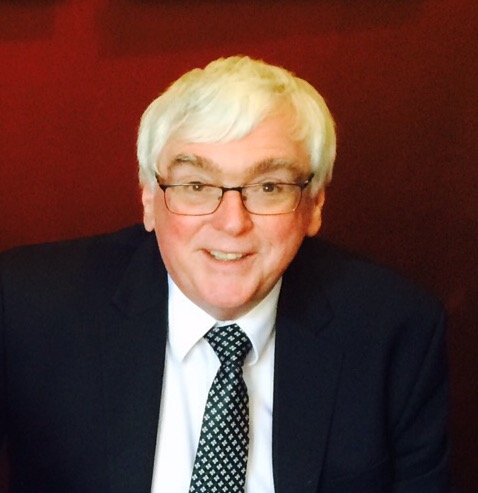 Paul O'Brien graduated from Liverpool University in 1975, obtained a Ph.D. from the UC Cardiff in 1978. A lecturer at Chelsea College 1978-1984 he transferred to Queen Mary in 1984. In 1995 he moved to Imperial College. Notable awards include the Kroll (2007) and Platinum Medals (2014) of IoM3, The Gold Medal of the Society of Dyers and Colourists (2015) and the first Peter Day Award and The Longstaff Medal (2016) RSC. He holds honorary degrees from: the University of Zululand, South Africa (2007), Liverpool (2013), Aveiro Portugal (2015) and QMUL (2016). He has lectured widely to the public, especially young people and received the Sir Colin Humphries Award of IoM3 for outreach activities in 2011. In 2002 he co-founded Nanoco subsequently listed on the LSE, he at present chairs the board of Sci-Tron a University of Manchester spin-out. In 2016 his work in science and engineering was recognized by the award of a CBE