Third in our series of policy blogs developed from MANREG‘s ‘Brexit, Regulation and Society’ event, The University of Strathclyde’s Dr Rebecca Zahn explores the impact of Brexit, trade deals, and EU migration for UK trade unions.

Since 2004 when the EU experienced its biggest enlargement – widely described as “the big bang” not only due to its size but also because of the significance of eight former Soviet bloc states becoming members, thereby signifying an end to the Cold War division of Europe – there has been an unprecedented increase in the movement of workers within the European Union; mainly from East to West but also, in the wake of the financial and economic crises, from South to North. Approximately 3 million EU citizens now live in the UK.

Despite economic evidence pointing to these EU migrants having a positive impact on the economies of their host states, public opinion has become increasingly hostile not only to migration but to EU integration itself. As Rob Ford explains immigration has become an incredibly polarising issue amongst the British electorate. This is not to say that the scale of post-enlargement, intra-EU migration has not had a visible impact on Western European labour markets. Indeed, it raises profound challenges for the labour law systems tasked with regulating those markets. As actors within those markets, trade unions are in a uniquely difficult position: they have to respond to their members’ concerns over increased immigration at a time of decreasing trade union membership; while recognising that they must react to EU workers in such a way so as to facilitate their integration into the labour market. A failure to do so threatens social cohesion by facilitating the exploitation of EU workers and permitting a depression of wages at the bottom end of the labour market; both of which give rise to allegations of ‘social dumping’.

On an emotional and political level, the arrival of large numbers of workers availing themselves of their rights under European law repeatedly sparked fierce debates on the benefits and future of freedom of movement both well before – the 2009 ‘British Jobs for British Workers’ dispute spring to mind – but especially in the run-up to the UK’s vote to leave the European Union (‘Brexit’) on 23 June 2016.

Although trade unions were initially proactive in responding to the challenges of increased EU migration immediately after the enlargement, they have largely struggled to integrate EU migrants into their structures. Apart from practical constraints which limit the effectiveness of trade union responses to EU workers, a complex and shifting regulatory environment at national and European level hampers trade union efforts to successfully integrate EU workers. I have written elsewhere on how trade unions could better respond to EU workers pre-Brexit. For example, trade unions could engage more with affiliates in other countries as they are facing similar problems in responding to EU migrant workers and have started to look for solutions in different ways.

However, cross-border dialogue does not regularly take place even though there are positive signs that trade unions are becoming more aware of the benefits of cooperation.

Trade unions have legitimate concerns about the impact of Brexit on workers’ rights which have been discussed at length elsewhere but which include the impact of future rules on public procurement on workers; the future of EU-derived employment and equality laws; and the rules governing the free movement of workers. Much obviously depends on the future relationship to be negotiated between the EU and the UK. It can be assumed that ‘traditional’ forms of European influence on British law through, for example, EU legislation or decisions of the Court of Justice will fall away although it seems highly unlikely that it will be possible to completely remove all European influence from the British legal system. A complex, multi-layered regulatory environment will therefore remain.

In the case of a ‘hard’ Brexit (i.e. an exit from the internal market and the customs union), a future UK government would be free to apply – in the sense of mirroring in UK law and practice – any future EU employment laws where it agrees on its content and indeed, a number of British trade unions have called on the government to ensure that a future EU-UK trade deal includes a mechanism whereby advances in EU employment law are incorporated in the UK. However, benefitting from EU law in this borrowed and unilateral way from a position of non-membership does not bring with it the ability to shape those same laws in a cooperative way with our nearest neighbours, nor to access the remedies and state accountability checks that the EU offers to individuals and businesses. Leaving the EU will also remove the mechanisms for enforcing EU-derived rights from domestic law, which trade unions have relied upon in the past (for a recent example see the employment tribunal fees case currently before the UK Supreme Court).

A future trade deal, if at all sophisticated, will likely include provisions on public services including privatisation (which would challenge trade unions’ traditional stronghold in the public sector); may limit any kind of national variation of social policy; and, could include some elements relating to labour movement (e.g. in relation to intra-company transfers or in relation to so-called ‘posted workers’) which will have an impact on the regulatory environment within which trade unions act in the UK but which, in relation to persons, are unlikely to include any great social protections or positive employment rights from which EU citizens currently benefit.

Finally, the legal status of EU citizens post-Brexit remains unclear despite the recent announcement of (limited) plans to preserve their rights. Could we see the development of a two-tier status for EU citizens depending on when they arrive in the UK (pre- and post-Brexit)? This will necessarily shift the focus of trade union policies and strategies as the legal status of workers changes.

Brexit, Trade Unions and EU Workers – the next steps

Brexit further complicates an already complex regulatory environment shaping trade union action and leaves unions exposed to a potential deregulatory agenda in all areas of employment law with no external constraints (currently provided by the EU). Although substantial criticisms can and have been levied at the EU’s social model, the UK is already characterised by a low-pay, low-skill economy and Brexit will make possible a further erosion of employment rights. The scope for holding the government to account will be diminished. Trade unions should, therefore, continue to engage fully with the Brexit process in the UK while also strengthening links with trade unions across the EU in order to exchange information on best practices once the UK has left the EU.

For many of their members who are EU citizens and at a time when large numbers of EU workers call the UK home, Brexit will complicate their work relationship which trade unions will have to be prepared to deal with if they want to remain attractive to EU workers and encourage social cohesion. The protection of present and future EU-derived workers’ rights is obviously of paramount importance to trade unions. However, they should not overlook the debates surrounding the future status of EU citizens in the UK as any changes to legal status will affect their current and potential future members.

In this regard, Brexit offers an opportunity for trade unions to engage with the policy discussions around EU citizen workers and, in doing so, to play a positive and constructive role in defusing the divisive debates which link immigration and Brexit. 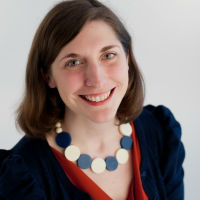 Dr Rebecca Zahn is Senior Lecturer in Law at The University of Strathclyde. Her research interests and specialisation lie in the fields of European Law and Labour Law (particularly European, national, and comparative labour law.