You are here: Home / All posts / The hidden emergency in England’s NHS ambulance service

The recent terrorist attack in Manchester brought widespread praise for the response by the emergency services, not just from the public but from leaders of all political parties.  But there are serious problems and failings within the NHS’s ambulance service, says The University of Manchester’s Professor Leo McCann, and we need deep-rooted policy change to solve them.

The sustainability of the UK’s 999 ambulance service is of huge public concern. Facing year-on-year growth in call volumes, however, without resources to match, it is now widely considered another part of the NHS that is ‘in crisis’ or ‘failing’, especially as measured by the ten ambulance trusts in England repeatedly struggling to meet response times. See the recent reports by the National Audit Office and the House of Commons Public Accounts Committee.

Much of the analysis of ambulance service ‘performance’ has been quantitative, driven by the dynamics of a targets system that prioritizes speed of response. My research into ambulance trusts using qualitative approaches, gathered insights from the daily working lives of paramedics, support staff and managers in ambulance trusts in England. The research has documented a troublesome, illogical and often deeply unpleasant organisational environment.

To some extent front-line emergency response work can be inherently stressful, physically and emotionally challenging, and sometimes dangerous. But paramedics and other frontline staff repeatedly note that it was not so much the nature of the actual 999 response work that is distressing or unsustainable. Instead, it is everything else around it. They describe unsupportive management structures, resource shortages, insufficient time for training, reflection and professional development, and a general sense of being left alone with nowhere to go for support. The organisational priorities of ambulance trusts are dominated by the need to hit response time targets which creates overwhelming feelings among responders of being ignored, misunderstood and unrewarded by management.

Most frontline responders enjoy the spontaneity and directness of their work and they’ll often speak proudly about the value of serving the public. Some describe ambulance work as ‘the best job in the world’. But they also feel exposed and vulnerable. Many are scared to speak up to management about problems and concerns in their services. Responders are fearful of inspections and complaints, feel they had little meaningful management backup, and often suggest that their own careers and professional registrations were potentially being put at risk by broader organisational vulnerabilities and shortages.

Many paramedics were reluctantly leaving ambulance trusts, struggling to cope with the strains of the work when coupled a sense of isolation, non-recognition and the personal shouldering of the organisation’s risks. I frequently heard ‘you never see a manager unless something’s gone wrong.’ Some spoke of a blame culture and a bullying culture. Managers themselves were also often stressed and unhappy, with much of this seemingly caused by the deep intrusion of numerical targets and ‘metrics’ into the governance of every element of the work, even when poorly-designed to meet changing organisational realities. Ambulance trust retention rates and staffing levels are major problems in some parts of the country as the clinical qualifications of paramedics are highly valued by other employers.

Politically, the following five areas need to be tackled by the next government:

In many senses England’s ambulance service is very advanced; clinically much more advanced that it was even ten years ago. It is among the very best ‘free at the point of need’ emergency medical systems in the world. Yet everyday life in the service is a struggle of such intensity that the whole systems risks being undermined. Perhaps the next government needs to return to the drawing board: what kind of emergency medical response system do we want for this country? How will it connect to other parts of the health, care and criminal justice system that are also struggling with overload, resource starvation and staff burnout, such as social care, primary care, A&E units, mental health, policing, probation, and fire & rescue?  Who is going to design such a system and how might we get there?

I’ve noticed over the years of my research that the dedication and experience of paramedics often isn’t drawn on or fed into reviews and designs of systems. They are avid users of social media and they widely discuss the successes and failures of the 999 system among themselves. But these insights don’t seem to climb the hierarchy.

We need authentic, compassionate leadership among senior people who are willing to listen to employees and stakeholders in the hope that – one day – we might just get closer to a more workable and sustainable system. 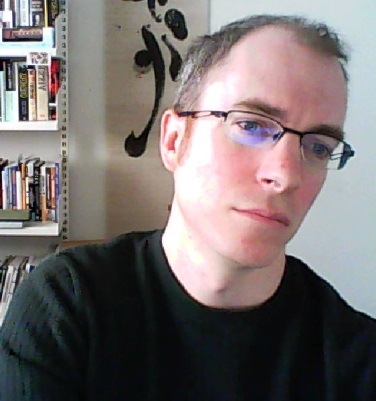