Greater Mancunians are more likely to think it is important to be honest, kind and care about social issues than the average UK citizen, yet underestimate the importance that fellow citizens of the city region place on these values.

Much has been written, over the course of the last few days, about the spirit of kindness and openness that characterises the people of Greater Manchester.

These spontaneous acts of kindness do not come as a surprise. Common Cause Foundation has just published research which shows that the people of Greater Manchester do indeed attach particular importance to ‘compassionate’ values of community and care for others.

Overall, 85% of citizens across Greater Manchester were found to attach greater importance to ‘compassionate’ values than ‘selfish’ values – some 10% more than the national average across the UK.

But the results of the survey, which was supported by the Big Lottery Fund and that involved over one thousand Greater Mancunians, also throw important light on how these values might be nurtured in the coming days and weeks.

It seems that the “spirit of Manchester”, of which Andy Burnham so recently spoke, is underestimated by most Greater Mancunians. The people of Greater Manchester do not fully recognise the importance that their fellow citizens place on ‘compassionate’ values.

When asked about the values that they believe a typical fellow citizen of Greater Manchester prioritises, men and women across all boroughs, and of all ages, underestimate the importance that fellow Greater Mancunians place on ‘compassionate’ values. Across the city region, 75% of people underestimate the importance that others place on these values.

This ‘perception gap’ is held by nearly one and a half million people across the city region. Our research finds that people who have this misperception about others’ values are less likely to be civically engaged or to feel responsible for their community.

The good news is that this perception gap can be closed. Indeed, widespread coverage of the compassionate responses of ordinary citizens in the immediate aftermath of the Arena attack will have helped in that process – conveying the simple truth that most people care deeply for one another and the communities in which they live.

But this understanding of the importance that citizens across Greater Manchester place on ‘compassionate’ values must become part of the fabric of public debate. The new mayor can help in that process. Indeed, as Andy Burnham said in commenting on the results of the survey: “We need to explore ways to bridge that gap, challenge these perceptions, and believe in each other”. Now that feels more important than ever.

Organisations across Greater Manchester can root their work in ‘compassionate’ values, confident in the knowledge that these are the values which best align with the people of the city region. That’s why we’re calling on Andy Burnham, academics, businesses, the public and third sector, to work to build on these values, and to affirm them widely and deeply through a network of organisations committed to normalising compassion in the city.  Together we can close the perception gap. 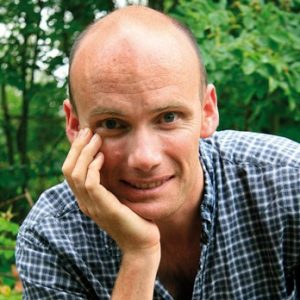 Tom Crompton, PhD, is a founding director of The Common Cause Foundation. Tom has worked for nearly a decade with some of the UK’s best known charities – including NSPCC, Oxfam, Scope and WWF – on values and social change. He has advised the UK, Scottish and Welsh governments on issues related to cultural values, and has collaborated in research with some of the world’s foremost academics working in this area.