You are here: Home / All posts / Brexit and Social Mobility: England’s Left Behind Communities

Since the Brexit vote in the EU referendum of 23rd June 2016 the political turmoil that followed has been unprecedented with a change of Prime Minister and cabinet, a leadership challenge in the Labour party and Theresa May calling a General Election. Social mobility is high on the political agenda with Theresa May’s first speech as Prime Minister highlighting the problems of families “just managing”. Dr Marianne Sensier and Professor Fiona Devine have investigated whether varying patterns of social mobility across local authorities in England are related to the way people voted in the EU referendum. They find that:

Communities, with low levels of education and skills, have been left unequipped to deal with the competitive nature of the global economy where the race to the bottom of low wages and insecure work contracts has left many families relying on precarious employment, welfare benefits and food banks. At the heart of this debate is the fact that we are living in a very unequal society and the referendum has laid bare divisions by income, education, age, geography and class.

The Government’s Social Mobility Commission (2016, https://www.gov.uk/government/publications/state-of-the-nation-2016) has shown that children born in Margaret Thatcher’s 1980s Britain are the first post-war cohort to start their working lives on lower incomes than their immediate predecessors. Social mobility has stalled for an entire generation.

We have examined linkages between the Social Mobility Commission’s index (which focuses on the mobility of disadvantaged young people in England on free school meals) and the EU referendum ‘Leave’ vote for 324 English local authorities. We found a strong correlation between the leave vote and the overall social mobility index, suggesting that those areas with lower social mobility were more likely to have voted leave in the EU referendum.

Lower youth social mobility outcomes are correlated with the leave vote for Yorkshire and Humberside and also in the South East. There is a positive correlation between the leave vote and the share of youths ‘Not in Education or Employment or Training’ (NEET) one year after finishing Key stage 4 (aged 16). In 2014, Southend-on-sea had 33% of NEETs (and 58% of electorate voted to leave), followed by Bournemouth (55% leave) and Knowsley (52% leave) at 28% NEETs and Nottingham (51% leave) at 27% NEETs.

Generally coastal areas and towns have stronger correlation between low adult opportunity and a high leave vote. This is not a North vs. South story as much dissatisfaction with the EU exists in the South East and South West. As for the components of the adulthood index, there is a strong correlation between lower median salary and higher leave vote where the average weekly wage is £483.59 for areas that voted to remain compared to £405.84 for authorities that voted to leave.

The strongest link between the high leave vote and a low ratio of average house price to salary is for inland regions, cities and for Yorkshire and Humberside. The highest correlation for components in this index is between a higher leave vote and lower share of professional occupations this is found to be strong for cities. This is evidence of greater inequality of opportunity, as cities with the highest leave vote Stoke (69%) and Hull (68%) both have low share of managers and professionals at 19% to the other extreme of the lowest leave vote Cambridge (26%) and Oxford (30%) with 46% and 52% managers and professionals respectively. There is a positive correlation between the leave vote and the proportion of people being paid the living wage, with the average of those being paid less than the living wage higher in towns at 25% than in cities at 22.4%. The strongest association here is for the North East and the West Midlands.

Our analysis points to more interventions needed at every life stage. Early year’s education is important but the effects are difficult to see long term. The Teach First scheme that began in London in 2002 and which offered high-calibre graduates intensive teaching and management training and then sent them to schools in poor areas has seemed to have helped London pull away from the rest of the country in terms of results for disadvantaged children.

Skills development needs to be targeted not just for young people but older workers to provide retraining. Investment in the underlying drivers of growth is critical, these include: innovation, industrial strengths and clusters, trade, skilled labour, and the systems that support them (high quality apprenticeships, living wage). New job opportunities are vital and the role the state can play in facilitating job growth, particularly good jobs with career prospects across the private and public sector. Economic inclusion is very important for political inclusion.

Local authorities should be allowed to have more control of their skills and training budgets locally, like Greater Manchester with its devolution deal, to target the skills needed for local businesses. Creating better opportunity by implementing policies promised with the Northern Powerhouse, including greater spending on transport infrastructure and control of the health and social care budget (as in Greater Manchester). Furthermore councils need to prioritise the location of jobs/ new businesses in areas that have not seen any improvements since large manufacturing sector jobs losses of the 1980s so communities no longer feel left behind. 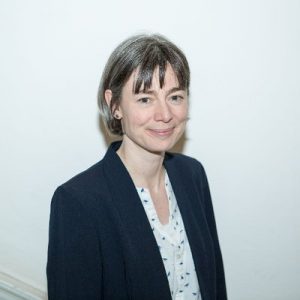 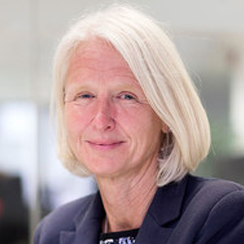 Professor Fiona Devine is Head of Alliance Manchester Business School and Professor of Sociology at The University of Manchester. Her research interests are in the related fields of social stratification and mobility (with a comparative focus including the US), work and employment, and politics and participation.