You are here: Home / All posts / A world without Down’s Syndrome? Is the non-invasive test for Down’s a positive medical breakthrough or a tool for eugenics?

In 2018, Non-Invasive Prenatal Testing for genetic conditions and variations will be available on the NHS. Here, Professor Rebecca Bennett looks at the controversy over this test being used to detect Down’s syndrome and argues for a policy of voluntary non-directive screening and testing.

In early March the Nuffield Council of Bioethics launched their report on Non-Invasive Prenatal testing: ethical issues.   Non-Invasive prenatal testing (NIPT) is a blood test done at around 9 or 10 weeks into a pregnancy.  This test provides a relatively accurate test for genetic conditions and variations and is currently being used in the NHS to identify conditions such as cystic fibrosis and achondroplasia where there is a family history of these conditions.  In 2018 this new test will be made available on the NHS for women as a second stage screening test for Down’s, Edward’s and Patau’s syndromes removing the need for previous diagnostic tests for these conditions that carry a risk infection and miscarriage.

Controversy over NIPT test for Down’s

It is this proposed use of the test to test for Down’s syndrome that has caused a great deal of controversy and that the Nuffield Report particularly focuses on (most clearly in its key recommendations).  This new test has become the focus of social media campaigns by groups such as ‘Don’t Screen us out’ and was featured in the recent BBC documentary  ‘A World Without Down’s Syndrome?’ as a source of concern.

Why the controversy – don’t we already test for Down’s in pregnancy?

The new test will become part of the existing combined screening provision for Down’s replacing the currently used test that usually involves taking some fluid from around the fetus for testing and thus includes a risk of miscarriage and infection.

So if this test is safer than the test that is currently used, what’s the problem?

Is the current policy of routine screening for Down’s ethically justifiable?

Usually when we have a medical test great lengths are taken to ensure that we definitely want this test, that we know the risks and benefits of taking the test, that we are not being pressured to have it.  This is done because we usually assume that, ethically and legally, people should have control over what is done to their bodies and have control over the information about their health state.  Without this focus on voluntary informed consent, it is argued, there would be a danger of returning to the ‘bad old days’ of medical paternalism.

However, routine screening for Down’s in pregnancy, even though it allows women to opt out, is very different from the standard of consent we usually expect.  All pregnant women are routinely offered a screening test for Down’s and even though there is an option to opt out, screening is made routine in this way precisely to ensure that more women will be identified as having a high risk of carrying a fetus with Down’s syndrome than if we allowed women to opt in.  As such, I argue that our current screening practice already entails an element of coercion.

While there is recent guidance on antenatal care that emphasises that women should understand that it is their choice whether these tests are done, the reality of antenatal Down’s testing is that women are often not aware that the test is optional, that levels of knowledge adequate for decision-making are not being achieved and that 16-26% don’t know why they are being screened.

Making Down’s screening a routine part of antenatal care sends the message that screening is recommended and that it would be a good idea to have it and refusal will take effort and may not be straightforward.  Because routine screening and testing is often seen as a way of giving women carrying fetuses with Down’s syndrome access to terminations, those who get a positive result may feel further pressure to terminate a pregnancy.

Now, of course we do have a level of coercion in a great many areas of our lives that are justified as exceptions to the usual rule of voluntary consent.  For instance, we allow mandatory quarantine and treatment in cases of serious communicable diseases such Ebola, we put pressure on parents to vaccinate children and we ban smoking in public places.  However, these exceptions to the rule are usually justified on the basis of things like preventing serious harm to others.

What sense can be made of a Down’s syndrome child being harmed by being brought to birth?  It is true that many people would receive the news that their fetus has Down’s as a terrible blow, but it is not clear the birth of a child with Down’s is necessarily a harm for prospective parents or to the resultant child.

In fact, any children with Down’s syndrome brought to birth are actually likely to have a life they value as much as anyone else does.   No child is ‘saved’ from having Down’s by routine screening or testing, they’re either born with it or not born at all.  So identifying Down’s in pregnancy may prevent that child being born but if that child is brought to birth there is no sense in which that child, with a life it is likely to value, has been harmed by this decision not to terminate.

There will be many prospective parents who make the decision that having a baby with Down’s syndrome is something they wish to avoid, but there will also be those who conclude that it is a termination in these circumstances that would be a harm to them. Therefore, while offering screening and testing for Down’s is important, if we are to respect all choices, it should be offered without pressure to accept.

Does introducing the NIPT Down’s test make this policy of routine screening and testing for Down’s even more difficult to justify?

There are fears that introducing the NIPT test will increase the negative effects of routine screening and testing for Down’s in a number of ways:

How the Nuffield Council of Bioethics Report deals with this controversy

The Nuffield Report details and acknowledges these concerns and makes a impressively comprehensive and valiant attempt to deal with them, making a number of policy recommendations on the use of NIPT that aim to minimise the possible adverse consequences of introducing this. These include:

These are recommendations that the Government and NHS would do well to take seriously if they are committed to empowering women to make the choices that are right for them about their pregnancies and to respecting the interests of those living with disability.

Does this go far enough?

However,  although these recommendations are welcome, they do not go far enough.  The Report does recommend that the NHS emphasises the fact that NIPT, and prenatal screening more generally is optional when offering it , but this important statement is somewhat buried in on page 122 of 169 and does not appear in the ‘key recommendations’ which is an important opportunity missed.

While screening for Down’s in pregnancy continues to be a routine part of antenatal care rather than something women can make a considered and informed choice to opt into, pressure will be put on some women to make a choice that they may not subsequently feel was the right choice for them.  Although the provision of non-directive information is an important recommendation, if we are truly to enhance women’s choices around Down’s instead of restricting them then a policy of voluntary non-directive screening and testing is essential. 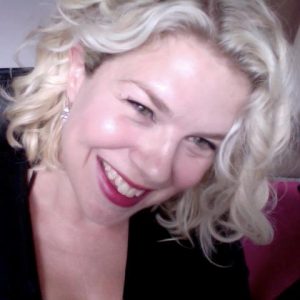 Professor Rebecca Bennett is Professor of Bioethics at the University of Manchester and was also the ethics advisor on a recent BBC Documentary ‘A World Without Down’s Syndrome’. She is also involved in teaching on our courses in Healthcare Ethics and Law (including by distance learning).