‘Disruption’ has become a signature term in business, culture, and increasingly in our politics. Here, Professor Vikas Shah offers his reflections on what disruption means in its economic, cultural and technical aspects, and the challenges and opportunities that each of these offer the policy-makers who are open to engaging with the speed and scale of contemporary change.

“Don’t get involved in textiles, it’s a dying industry”
– My Father

(…immediately before I decided to get involved in textiles)

Following the exit of my business during the hedonistic dot-com bubble, I remember spending a lot of time considering my next move.  My father – always someone I go to for critical pieces of life advice – very simply said, “Son, do whatever you want, just don’t get involved in textiles… it’s a dying industry.” A curious statement I thought, but especially from someone who had spent their life in textiles… The logical move for me therefore, was to buy a textiles business…..

In truth, the textiles industry wasn’t dying, the business model was changing so fast that incumbents couldn’t keep up.  The industry had already gone through one major disruption, caused by three specific innovations which emerged at roughly the same time: long-haul air travel, the shipping container and international telecommunications.  All of a sudden, the virtual monopoly of domestic textiles firms was broken by (1) the ability of individuals to travel worldwide and find different supply sources, (2) the ability for goods to be shipped easily through multimodal means and (3) the ability for firms to communicate (relatively instantly) worldwide.

The advent of digital technologies in the early 1990s simply acted as a catalyst to this process, accelerating the rate of change and today, you can do business with anyone, anywhere, anytime, at any scale, from your smartphone.  Remarkable.

This is the critical characteristic of disruption.  It can often take economies, cultures and governments by surprise; and usually creates a substantial enough change where the fundamental nature of how things work, is transformed.

In today’s world, disruption has become a buzz-word, used to describe any technological advance (irrespective of its value).  I cannot tell you how many investor presentations I attend where a shiny new startup tells me their technology, service or concept is disruptive.

Many of these ideas and concepts are innovative, and may even be economically, culturally or socially valuable – but to understand disruption we have to understand the forces underlying the world.

“Twenty-five years ago, leaders worried about nuclear Armageddon and mutually assured destruction; today’s most common threat is of mutually assured disruption, the disruption of the elements of the global economic system.” – World Economic Forum, Global Agenda Council on Geo-economics (.pdf)

Today’s economy is characterised by interdependence and speed.  Every actor in every economic theatre is linked and dependent on every other.  A crisis in a far-away part of the world is no longer isolated, and can instantaneously have domestic impacts, even to small businesses.

For policy makers: The ‘economy’ is no longer a bedrock, it’s a shifting sand where ‘once in a lifetime’ events can happen with surprising regularity,  Around the world, policy makers are starting to use state of the art technologies and better communications to get closer to the real-time characteristics of the markets they are operating and regulating.  The days of reactive economic policy are over.  It’s also important for policy makers to realise that the policy instruments they will need in the future will be far more entrepreneurial and innovative than ever before.  An economy disrupted by automation and robotics will require far different approaches to social security than anything we’ve seen before.

Technology emerges, grows and matures faster than at any time in human history.  It took hundreds of years for our world to adopt the innovation of ‘coffee,’ yet we can grow multi-billion dollar technology enterprises on which our world becomes dependent in a matter of a few years.

Technological disruption however doesn’t happen ‘in a flash’, it is a steady – constant- nudge of innovations around a problem or sector that eventually breaks through in the right form to meet the ability of the technology to supply, and the need of the end-user to consume.  Uber was not the first taxi app, it may not have even been in the first hundred, but it arrived at a time where smartphone technology was affordable and powerful enough to supply the platform needed for the software to deliver the needs of the driver, passenger and operator.  It may sound less sexy to think of it in this way (as a “technology stack”) but that’s also the story you see in the growth of Apple, Microsoft and many others – who came to market at a time when then component technologies they needed had matured in capability and price to the point where they could deliver the platform for the software to be useful to the end user!

For policy makers: Disruption is not about looking for ‘the next big thing,’ but rather it’s about enabling the right environment for innovation, whilst providing the policy frameworks for those innovations to slot-into.  As Professor Calestous Juma says, “Given the systemic natural of technological impacts on society we need more inclusive approaches. So far, governments have tended to wait until the see the impacts of news technologies. Given the rapid change of rate, governments need to be more proactive.”

“Social movements generate influence by using extrainstitutional tactics—tactics that are subversive and disruptive in nature—to challenge authority and broadcast grievances from the margins of society” (Gamson 1990; King and Soule 2007; McAdam 1982; Piven and Cloward 1977).

Social movements are characterised by their ability to organise and they can emerge as fashions, political movements, musical genres or many other phenomena.

For policy makers: History shows that policy makers often felt caught out by cultural change and social movements.  In truth however, observing the art and discourse of any society can yield insights into the direction of social and cultural disruption.  Many projects like In Place of War (a Manchester University spinout), are taking this thinking into the field; using cultural programmes to help communities and governments understand each other, communicate, and create genuine policy reforms… picking up microphones, not machine guns.

Disruption is about power

Disruption is about power, and as Dr. Moisés Naim notes, “The instruments to maintain power vary between sector and activity. If you are a church, power sits in the number of your followers… If you are a political party, power sits with the scale of your voters and your ability to fundraise… If you are a company, power is your balance sheet, your brand, your unique selling points and technology… If you’re an army, power is your resources; your troops, ships, tanks and technology and if you are a nation, power is a combination of demographics, resources, military capability and so on…”

As Naim said, “For many people and many countries, it has created fantastic new opportunities for participation, economic growth and social creation, dynamism and more. In politics however, we have seen extreme polarisation, fragmentation and paralysis and gridlock.” 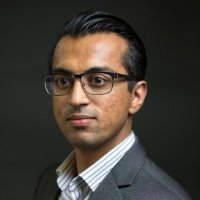 Professor Vikas Shah is Managing Director of Swiscot Group, a Manchester based textiles and commodities trading firm, with operations worldwide. He is also Visiting Professor of Entrepreneurship with MIT Sloan on their European MBA programme.