You are here: Home / All posts / Budget 2017: Productivity is not enough, inclusive growth is the key

The new Prime Minister won plaudits for saying on the steps of Downing Street that she would “make Britain a country that works not for a privileged few, but for every one of us”. It signaled a desire to take head-on the growing anger in communities that have not felt the benefits of economic growth. But Prime Ministers are ultimately judged by their actions rather than words, especially by posterity when the loss of office removes fear of reprisal. The Budget is an opportunity to put words into action.

In Greater Manchester, the aim of making this “a country which works for everyone” underpins the work underway to refresh the Greater Manchester Strategy. In its simplest terms, its objective is to create a more inclusive economy, with every community being able to contribute to, and benefit from, growth.

Productivity – the first step, not the final word

Raising productivity is a basic requirement for inclusive growth. The emerging recognition in the Government’s draft Industrial Strategy of the importance of the places where policies meet people and businesses is welcome – even if there is further to go to fully link up the pillars of growth in the economic areas where they are located. It will require further devolution so that economic and social interventions respond to the needs of local communities and their economic relationships.

And the Budget will be the first opportunity since the publication of the Strategy to put funding behind it in a way which joins it up at a local level. We are likely to learn more about how the National Productivity Investment Fund will be allocated. It should mean more investment across the Northern Powerhouse in infrastructure and spending on R&D priorities – such as Robotics and Artificial Intelligence – reinforcing specialism and excellence in places like Greater Manchester. The allocation of funding for house building should be delivered so that it can be made consistent with the outcome of the consultation on Greater Manchester’s Spatial Framework. The run-up to the Budget has also been dominated by controversy around increases in Business Rates for some businesses. But this should not drown out – or worse, lead to changes which harm – the devolution of Business Rates revenue. This devolution, currently being piloted in Greater Manchester, will shape the investment opportunities available in future.

But raising the productivity of some firms will not be enough, on its own, to deliver inclusive growth. City regions also need to be able to link economic with social reform – addressing the low skills, low pay and entrenched unemployment which excludes people from growth.

Progress on integrating our education and skills system is long overdue, particularly the development of clear pathways to high quality technical skills. The pre-announced funding for vocational education is welcome, although it would be much more effective if joined up with devolved funding for adult skills. And the growing problems in our health and social care systems undermine inclusive growth. It’s no secret that the underfunding of social care is having wide and damaging impacts – over-burdening health services and leading to low paid and insecure work in the social care sector. Funding should be made available in the Budget for additional investment in social care, while a long-term solution to social care pressures is still crucial.

Greater Manchester’s ground-breaking Working Well programme has proved the importance of integrating local health and care services with skills to support people into jobs. The new national Work & Health Programme has learnt from its success, with the Budget likely to set out the next steps. The fact that the new programme will be co-commissioned locally by Greater Manchester will be an opportunity to extend its focus onto higher paid roles – more proof that in Greater Manchester, actions are following words. 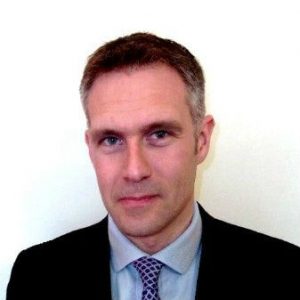 John Wrathmell is Head of Strategy at New Economy, shortly to merged into the Greater Manchester Combined Authority (GMCA). The GMCA is made up of the ten Greater Manchester councils and chaired by the Mayor, working with local services, businesses, communities and other partners to improve the city-region.