You are here: Home / All posts / Britain’s ‘white working-class’: A divisive term for progressive policy or a necessary distinction?

In response to the Runneymede Trust and CLASS’s report on the white working-class released today, Daniel Evans considers whether this term helps or hinders progressive policies to help those it seeks to define.

All in it together?

The release of today’s joint report by the Runnymede Trust and the Centre for Labour and Social Studies (CLASS) highlights the complexity of reconciling future policy towards ‘working-class’ inequality with sentiments of ‘white working-class’ neglect. Claiming that the experiences of the ‘white working-class’ are more akin to their Black and Minority Ethnic (BME) namesakes, as opposed to the ‘white middle/upper classes’, the report calls for a universal approach towards working-class socio-economic policy – one that recognises similarities rather than differences.

Whilst the premise of this argument is valuable, I posit that the racialisation of the ‘white working-class’ draws a complex identity politics into these debates. It is important to separate discussions surrounding the report into two key areas: firstly, regarding the recommendations for a holistic approach to ‘working-class’ inequalities by local and national government, and secondly, concerning the perceived neglect towards ‘white working-class’ identities.

Policy-wise, the report’s dismissal of the term ‘white working-class’ is apt for the equitable progression of social conditions experienced across the entire ‘working class’. Indeed, it would be wrong to privilege the ‘white working-class’ over BME working-class groups, given the levels of ethnic inequality previously highlighted by Runnymede. However, understanding the cultural identity implications of this approach needs more careful consideration, especially in lieu of claims that the contemporary political climate is manifest from a revolt of an abject ‘white working-class’.

The future for policy: uniting the working-class at a time of societal hostility

The primary recommendation of this joint report is to advocate a universal approach to ‘working-class’ policy in Britain. Calling for an abandonment of the term ‘white working-class’ as divisive to the broader cause during present social unease, the report recommends that blanket policies are needed to improve conditions for all working-class communities.

Dr Omar Khan, director of the Runnymede Trust, states “rather than offer a desperate and empty form of ethnonationalism, the best way to raise up this section of society is for central and local government to adopt policies to benefit all working class communities.”

Pragmatically, policy needs to target issues which envelop working-class communities in cycles of poverty and inequality, regardless of race or ethnicity. These include: rectifying detrimental welfare reforms, addressing social housing shortages, alleviating unemployment and providing greater assistance for working-class families in austerity. Such social problems are not unique to the ‘white working-class’ and so a holistic approach is rightly necessary.

Dr Faiza Shaheen, director of CLASS, echoes this throughout the report, reiterating that “at a critical juncture in UK history, we cannot afford to let the divisive white working class narrative continue unchallenged.” By identifying common issues affecting the working-classes, the report asserts that a unified approach will allow for these pressing policy concerns to be addressed across racial and ethnic divisions.

Indeed,  the construal of Brexit as a revolt of the ‘white working-class’ sometimes effaces the influence of ‘white-middle’ and ‘upper-class’ in the referendum outcome. Danny Dorling states that the 59% middle-class ‘leave’ vote was decisive in Brexit, compared to the 41% working-class vote, and mere 24% ‘leave’ vote amongst the lowest echelons of this class. Hence, intertwined with the argument made for a universal working-class policy approach, Dr Shaheen claims that Brexit has led to a greater ability to act in ‘white self-interest’. It is here that caution needs to be given to the conflation of race with economic identity politics in policy issues.

Who exactly are the ‘white working-class’?

The conflation of ‘whiteness’ with ‘class-based’ identity is somewhat unhelpful; not only does it efface a potentially rich diversity of identities within this group, it brings racial disruption to progressive policies of class.

Indeed, issues of nostalgia, belonging and a reported ‘melancholic’ longing for a discernible identity amidst the diversity of contemporary Britain renders attention to ‘white working-class’ sentiment necessary. However, this is not to privilege the group in any way, but rather shows the importance of addressing ‘white working-class’ identity issues for greater social harmony.

The report is clear that such work needs to be critical and reject notions that for some, a respect of ‘white working-class’ identity does not mean a return to the past days of racial privilege. It is here that my own research resonates with discussions; seeking to uncover the intersections between ‘white working class’ identity and broader socio-economic issues. Through exploring what ‘white working-class’ identity means to those it purportedly represents, including what groups this term encompasses and how individuals position themselves in relation to broader social issues, it is hoped that the identity of this group can be uncovered to benefit holistic social policy and in turn, promote social cohesion. As the report’s concluding section reaffirms, “there is an increasingly wide gap between academic and common-sense discussions of race and class”.

By the same token, the report is insightful in Professor Virdee’s calls to rectify the historical erasure of black working-class identity that is often overshadowed in discourses of the ‘working-class’. Policies targeted at specific ethnic groupings, where justified, should continue. A valuable part of this concerns attention to ‘white working-class’ identity in the interests of contemporary cohesion. However, it is important that universal policies to benefit the entire working-class – regardless of race, ethnicity, gender or sexuality – take precedent in future action. 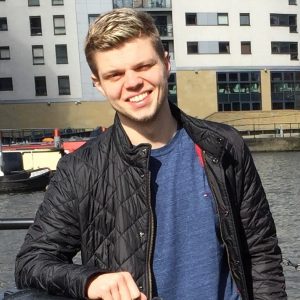 Daniel Evans is a PhD student in Human Geography at the University of Manchester. His research primarily explores social inequality and race in the context of the UK. In particular, his work examines issues of ‘white working-class’ identity, marginality and attitudes towards difference, using ethnographic techniques.