You are here: Home / All posts / Automatic enrolment into workplace pensions: the view from 2016

In December, 2016, the UK government announced there would be a review of auto-enrolment, the policy mechanism adopted in 2012 to increase saving in workplace pensions.  University of Manchester researcher Hayley James considers what is known about the impact of auto-enrolment on pension saving so far and which groups this policy is leaving behind.

Auto-enrolment of workplace pensions was phased in from October 2012, starting with large and then medium sized businesses. Smaller organisations (those with fewer than 50 employees) were phased in from 2016. By 31st July 2016, 206,137 large, medium and small employers had completed the auto-enrolment process. In this period, around 6.5m eligible workers were newly enrolled out of a workforce of around 31 million. By April 2016, 66% of employees were saving into a work-place pension, up from 47% in 2012. The majority of new participants work in the private sector, where the proportion of participating eligible workers increased by 28 percent-age points to 70% in 2015.

However, many people are excluded from auto-enrolment, either through not being employed or not meeting the criteria regarding earnings and age (eligible employees are aged between 22 and the State Pension Age and earn over £10,000 per year). In 2015, 5.3m employees were found to be ineligible for auto-enrolment based on the criteria of the scheme. Analysis from the PPI suggested that there may be a further 4.5m self-employed people included do not meet the criteria for auto-enrolment. These people may save in a pension independently, but pension participation tends to be low amongst these groups. Further, it has been shown that women, minority groups, people with disabilities and carers are less likely to meet the eligibility criteria, as are people who work for small employers or in service industries, which raises concerns about the equity of the policy.

These figures are not the final outcome, since there are still up to 1 million small or new employers (who came into existence after October 2012) who have yet to go through the auto-enrolment process before February 2018, with an estimated 5 million eligible workers to be auto-enrolled.

Total contributions into workplace pensions are made up of employee, employer pensions and tax relief.

Overall, it seems that employee and employer contributions have anchored at the current minimum contribution levels. It is unclear what will happen as these levels increase. Employees may decide to opt-out, or they may continue to contribute at the minimum levels.

Yet even at the higher levels from 2019, minimum contributions may not be enough to provide an adequate pension. Adequacy can be defined as the extent to which individuals have a retirement income that allows them to replicate the standards of living they had while in working life. Previous PPI research has suggested that a minimum contribution level of 11% would be required to achieve target income in retirement for three-quarters of people, based on starting saving at 22 and retiring at the state pension age which may not be the case for most people. This raises concerns about the effectiveness of the policy.

Under auto-enrolment, employees have the opportunity to opt-out of workplace pension saving. The National Audit Office has estimated that the opt-out rate is between 8 and 14%, consistent with the DWP’s estimate of 9—10%.

A quantitative study by the DWP in 2013 based on a sample of 50 employers suggested that age was the main demographic characteristic that influenced the opt-out rate, with opt-out rates for people over 50 between twenty-five percent and fifty percent higher than the rate for under 50s. Another quantitative study by the DWP in 2014 of 46 large employers similarly found that age was an important factor in opt-outs, with 7% of under-30s having opted-out, compared to 9% of those aged 30-49 and 23% of those aged 50 and over. This study also found that 18% of part-time workers opted-out compared to 10% of full-time workers, and that 14% of women opted out compared to an overall rate of 12%.

However, these studies are unlikely to be representative since they covered a small sample including employers and employers from various industries, which may obscure industry-specific trends. More research is needed to fully understand the driving factors for opt-outs, as it may become more important as increases in minimum contribution rates are phased in.

This review of auto-enrolment suggests that while the policy has been successful in getting people participating in workplace pensions, there are concerns around exclusions, contributions and opt-outs, which may be exacerbated as more small employers come on board and minimum contributions rise. The likelihood of the policy achieving adequacy for auto-enrolled savers in the long-term and maintaining low opt-out rates in the short– and medium-term is not clear.  Those who do not participate, or participate only at minimum levels, risk having a less-than-adequate income to live on when they reach retirement age. There are some potential policy changes which could alleviate this risk, for example:

These concerns and considerations need to be addressed in the review of auto-enrolment which will take place in 2017. 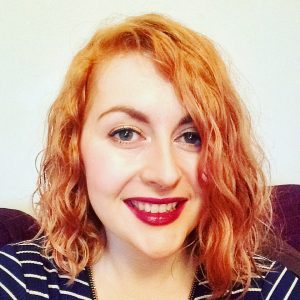 Hayley James is a PhD student in MICRA at the University of Manchester with sponsorship from the Pensions Policy Institute. Her Thesis looks at the impact of automatic enrolment into workplace pensions on individual decision making, based on a qualitative research methodology. Hayley has a background in Economic Anthropology. Her main research interests concern sociological and anthropological perspectives on money and value, and how meaning is created through these tools.