You are here: Home / All posts / Good work is key to good health for the Baby Boomers

As life expectancy continues to rise, the Baby Boomer generation are being encouraged to remain active in later life. One aspect of this is the benefit good quality employment has on health and well-being among the over 50s. However, as Martin Hyde and Jan Hopkins argue, there are still challenges to working longer with many key factors which still need addressing:

In her latest annual report, Baby Boomers: Fit For The Future, England’s Chief Medical Officer, Professor Dame Sally Davies, calls on the Baby Boomer generation to remain active in later life. Although most of the resulting newspaper headlines have focused on paid employment, Davies identifies a wide range of activities in the report such as volunteering and exercise as ways to remain active.

This echoes findings from Ageing Well in Work: A Call to Action which found that good quality work for people over 50 functions as a key asset that can have a positive impact on health and well-being. Equally, the study embraced a wider definition of work and participation, such as volunteering and civic participation, which should be promoted across the life-course alongside labour market participation.

The backdrop to both these reports is the continued increase in life expectancy and the associated ageing of the workforce. Following falling rates of labour market participation in later life, particularly amongst men, throughout the 1990s governments throughout Europe have sought to increase the proportion of the over 50s in the labour market. In the UK this trend towards early exit has been reversed and the proportion of older people in the workforce is increasing year on year and the those aged 50-64 in the labour market has increased by around 2 million in the last fifteen years or so.

However, older workers still face challenges to working longer. Currently around one in five men and one in four women in the UK still leave the labour market before state pension age. The Missing Million report shows that up to a million older workers have been forced out of work prematurely. In addition, a greater number of older people are becoming jobless than finding work. Those who find re-employment tend to end up being self-employed and around 80,000 of these end up on Employment and Support Allowance (ESA). Indeed 37% of ESA claimants are over 50 – another indication that many older people are unable to easily find new and sustainable work.

There are also wide regional inequalities. In the North-West the labour participation rate of those aged 50+ is the lowest in England. Even within Greater Manchester (GM) itself there are stark variations in participation rates, from Manchester at 56% to Trafford and Stockport at 69%. Perhaps even more worrying is the fact that 5% of the total workforce aged 50-64 has not worked for 20 years.

Perhaps the most common reason why people are forced out of work early is because of poor health. Often the source of this poor health comes from the nature of the jobs that people do. There are many studies that show that both physical and psychosocial demands at work can lead to poor health and stress. Conversely good work may function as an asset and provide individuals with financial security, a source of identity, routine and purpose and social inclusion, of all which may augment wellbeing. A European wide survey found that interventions which seek to improve job design and the way in which work is organised can lead to better engagement and retention of older workers – as well as producing wider benefits for the business and its employees. Therefore if the government and the CMO are keen to encourage older workers to remain in work for longer there needs to be a concerted effort to address poor working conditions and ensure people remain healthy.

Caring responsibilities are another major factor that impact on working in later life. Given the highly publicised poor state of social care in the UK, many people have no choice but to leave work to provide personal care to loved ones. At present one in five older workers gives up work to provide care for someone else. This shows is that any policies to encourage people to remain in work for longer cannot focus solely on the employment issues but need to take a wider, more joined-up, view of the demands that older workers face. Improving health and access to affordable care have to be part of this discussion.

Thirdly, we need to combat ageist stereotypes that still prevail. As a recent WHO study has shown ageist attitudes are prevalent in many countries. Older workers are often seen as less productive, unable to learn new skills, less engaged with work and inflexible. Yet research has demonstrated that older workers are generally just as productive as the younger workers. Today smart businesses are dispelling misconceptions about poorer productivity and cognitive decline amongst older workers and understand that older workers are often more reliable and have a different skillset from younger workers. Businesses should recognise that they can retain important knowledge and skills by doing more to promote age diversity including active and visible participation of older workers.

How to go forward?

A key development has been the Work for Health initiative. This was developed and tested in several localities in GM by the Greater Manchester Public Health Network as an evidence-based enabler of system change. This initiative aims to reset our thinking and to highlight positive actions and benefits of normalising working with a long term condition. It embraces a holistic definition of work to include not only labour market participation, but also other meaningful occupation. The training package was developed with the University of Salford and promotes healthy work conversations between Health Care Professionals and clients. The rationale is that with the right adjustments, support and attitudinal response from employers remaining in work is feasible and can be part of recovery, thus staving off co-morbidities and social isolation, which may arise from prolonged absence from work. Our focus is evolving as the training is portable to other cohorts including a wider set of professionals such as pharmacy staff or voluntary sector professionals, who are well placed to have routine healthy work conversations in the community.

Dr Jan Hopkins works for the Greater Manchester Public Health Network, she is the co-author of ‘Ageing Well in Work: A Call to Action’. Jan leads several programmes at the Public Health Network and leads on projects delivering on the work and health agenda in Greater Manchester including, Work for Health: Healthy Work Conversations which won the Royal Society for Public Health award for health and wellbeing in 2014 and the Vocational Rehabilitation Association award for research and education. Jan is a member of the GM Active Healthy Ageing Coalition which steered GM’s submission and subsequent award as a 3-star reference site status for European innovation on active and healthy ageing. 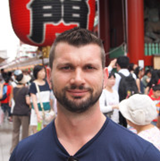 Dr Martin Hyde is an Associate Professor in Gerontology at Swansea University. He is a sociologist with a long-standing interest in work in later life. He has published papers on the impact of retirement on health and co-authored a Foresight report on lifelong learning and later life. He has been involved in several large-scale studies including the English Longitudinal Study of Ageing (ELSA), the Survey for Health, Retirement and Ageing in Europe (SHARE) and the Swedish Longitudinal Occupational Study of Health (SLOSH) also co-ordinates the Integrated Datasets in Europe for Ageing Research (IDEAR: www.idear-net.net) network.