You are here: Home / All posts / Davos must replace ‘capitalism unleashed’ with sustainability to tackle inequality

As part of the blog takeover on the World Economic Forum Annual Meeting in Davos, Jonathan Michie outlines the failures of the ‘capitalism unleashed’ era. Jonathan in his role as Professor of Innovation & Knowledge Exchange at the University of Oxford has looked into how we can cooperate and collaborate within the economy, it is for this reason I wanted to invite him to write a blog for the Davos takeover. In this piece he considers how global economic inequality could be tackled by a new approach and argues the need for prioritising sustainable investment and environmental sustainability.

According to the World Economic Forum’s report to be presented and discussed at Davos, the three greatest challenges facing humanity are growing inequality, climate change, and social polarisation.  The first and third might sound like a return to the 1930s, with the problems facing the world at the time of the previous global recession.  But surely the problems of the Great Depression were solved by Keynes and the subsequent ‘Golden Age of Capitalism’ of 1945-75?

Maybe so, but that era was overthrown by Thatcher and Reagan in the 1980s, promoting privatisation, deregulation, and free-market globalisation, ushering in a new era of ‘capitalism unleashed’.  This new era saw a continued process of globalisation, but with capital rather than governments and public institutions in control.  ‘Capitalism unleashed’ was, therefore, qualitatively different, most notably ushering in increased inequality within almost all countries, with the pay and wealth levels for those at the top ballooning, particularly the top 1% – and even more strikingly, the top 0.1%.

These huge new fortunes have not come from collective economic success – they have been a distributional phenomenon, with the wealthy becoming wealthier, even when the companies and economies they have been overseeing have failed to match previous performances under the more regulated and egalitarian era.  Whilst the rapid growth of China, and to a lesser extent some other developing countries, pulled hundreds of millions out of poverty over these years, on a global scale inequality has increased within almost all countries. In the richer economies this has, in some cases, meant that the elimination of poverty that one might have expected by now has not occurred.

This growth of inequality has had detrimental economic and social effects.  At the bottom end of the spectrum, these include the fiscal costs of benefits and other such payments; plus the costs borne by the health and other services; as well as the potential tax revenues foregone, had those in poverty instead been in a position to pay more in tax (even the poorest will pay some tax, through sales taxes such as VAT). Other costs include the failure to put pressure on companies to invest, modernise and improve efficiency, if instead they can pay low wages which make the concomitantly low productivity levels affordable.

The new era also, crucially, gave free rein to money to roam the globe without the previous restrictions that had been put in place to try to deliver a degree of stability and productive purpose.  The abolition of exchange controls led to huge cross-border flows of finance.  Initially this was explained as being akin to removing a dam – the water will rush, but will then establish a new equilibrium, and normal flows will be resumed.  Not so.  The huge speculative flows continued – driven by the fact that that’s what they were – not investments, or flows to correct past distortions, but speculation.

The growth of global financial speculation went hand in hand with the increased wealth of the top 1% – or even more so, the top 0.1%.  Largely these fortunes were coming from such speculative activity – directly or indirectly.  But these ‘high net worth individuals’ as the new super-rich liked to be referred to, then wanted new financial instruments to be created for them to hold their wealth in, to speculate and make further gains. This process drove the global economy from the mid-1980s, generating a series of financial crises in different regions of the world, until it came tumbling down with the global financial crash of 2007-2008 – which the deregulated era of ‘capitalism unleashed’ had caused.  That, in turn, created a global recession in 2009 – the first global recession since the 1930s, with world income and output levels actually falling (rather than just rates of growth declining, or with falls in some countries but not in aggregate).

For Davos to tackle these issues, a generational shift is required to replace the era of ‘capitalism unleashed’ with a global ‘Green New Deal’, prioritising environmental sustainability, underpinned by productive and sustainable investment; doing away with tax evasion and avoidance; and overcoming the inequalities in incomes and wealth that are so socially divisive as well as economically inefficient. 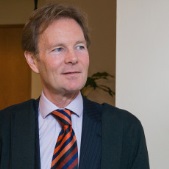 Jonathan Michie is a British economist and holds the joint post of Director of the Department for Continuing Education, and President of Kellogg College, University of Oxford, where he is Professor of Innovation & Knowledge Exchange.