You are here: Home / All posts / Austerity and the mere problem of causality

The scene that will greet business leaders and politicians at Davos this week is one of continuing government austerity across much of Europe and other parts of the world. Professor Paul Middleditch explains how the austerity agenda moved from the pages of economic theory into the lived reality of millions, and questions whether the counter-intuitive notion of cutting spending during a recession is based on a false premise: that higher debt is the cause of slow economic growth, rather than one of its effects. Paul has been someone who in his lecturing has always sought to listen and engage with students. In this piece on austerity, Paul dismantles the austerity argument and makes the claim for economies around the world, and the respective leaders at Davos to change their approach.

With world business and political leaders meeting in Davos this week it seems appropriate that there is much attention on the maintenance of unhindered world trade. This is especially unsurprising given the recent shocks to the global economy caused by Brexit and the election of the Republican candidate Donald Trump, who had a fair deal to say on the relationship between the USA and the rest of the world in the run up to the US election.

Despite this obvious focus at the World Economic Forum, I think this is a good opportunity to revisit a discussion on the plight of countries around the world still enduring the economic pain of austerity. After the lack of media attention on this subject you might be forgiven for thinking that, some six years on from the sovereign debt crisis, there are only a handful of countries still suffering from planned cuts to government budget deficits, but you would be quite wrong.

According to the European Institute (EI) there are no less than thirteen with advertised fiscal discipline programs in the European Union alone. See here for a detailed report by Jennifer Pietras of the EI.

But what exactly is austerity? We can think of this controversial policy as ‘a commitment by the government to oversee the long-term reduction of public spending as a percentage of gross domestic product. Why controversial? Imagine that if, as we have seen recently during the great recession, these measures are passed as policy during an economic slump. Even a basic understanding of macroeconomics, something we might call ‘textbook economics’ produces a prediction of a worsening recession. You do not need to believe a prediction to witness the economic effects of this policy; Europe has already seen the disastrous result of public spending cuts in countries like Greece, where austerity is predicted to last until 2060.

Cutting before growth: the cart before the horse?

It is worth remembering that, during the sovereign debt crisis, governments were not in any position to increase spending as one would normally expect. To convince markets of creditworthiness governments resorted to plans for fiscal discipline and to do so they needed some justification. At the same time a now seminal article was released by two economists, Reinhart and Rogoff (2010) that associated high debt levels with lower growth rates. Governments did not need much in the way of encouragement to use this study as one of the means to justify the planned cuts in public spending around this time.

The proposition is that a program of fiscal discipline can jump-start an economy from an economic recession; it is counter intuitive, but not without supporters. One might imagine that a country with lower debt might also be more competitive, making efficient use of resources. Here lies the real problem for the justification of austerity measures; studies have used the association of higher growth rates with lower public debt to suggest that fiscal discipline can ‘cause’ higher economic growth. It is little understood that association through regression analysis does not guarantee causation of one economic variable by another.

Instead of high levels of public debt causing lower growth; what if periods of slowing growth (economic slumps) cause higher levels of public debt. This is a more intuitive and certainly more plausible explanation for the relationship between debt and growth. In fact, you can see this demonstrated clearly in a working paper I have written with a research colleague of mine, Juergen Amann.

The research being carried out in the area of austerity measures has failed to find any significant and exact causal link between growth and debt, only weak associations; the field of economics is withdrawing support for this policy as a growth regenerator and I hope that this withdrawal will encourage the policy makers convening in Davos (those that have the power to reverse social injustice) to rethink the forced debt reduction programs causing real social and economic damage. 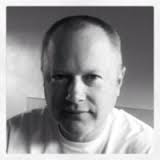 Dr Paul Middleditch is a Senior Lecturer in Macroeconomics at the University of Manchester, Associate Member of the Economics Network and Fellow of the Higher Education Academy (FHEA)