You are here: Home / All posts / The rise of the hidden homeless

The homelessness statistics published yesterday unveil the state of homelessness according to the government. Justlife, the charity for those in unsupported temporary accommodation, recognises these statistics reflect the reality many of us are seeing on our streets – that homelessness is on the rise. However, what many do not see is the increasing numbers of single homeless households living in substandard accommodation but not rough sleeping. Christa Maciver, project lead and researcher at Justlife, reflects on the policy change needed to break the cycle for the hidden homeless.

Since 2013, Justlife and IPPR North (Institute for Public Policy Research) have been conducting research into the lives of the hidden homeless living in unsupported temporary accommodation (UTA). UTA is emergency or temporary accommodation that does not offer support to address individuals’ immediate needs as part of their housing offer. This is insecure accommodation, in which residents have few rights and are prone to eviction at any moment. Typically, the single homeless households who find their way into UTA have critical and complex needs which are exacerbated by the substandard accommodation they have little choice but to accept. This accommodation is known by different names across the country, such as: Bed & Breakfasts (B&Bs), private hostels, private hotels, guest houses and lodges.

Over the past three years we have been conducting in-depth interviews with 45 individuals living in this accommodation to discover how living in UTA affects their health and wellbeing.

A Hidden and Bleak Reality

The closest data set for those who live in UTA are the B&B statistics collected by local authorities who place households into this accommodation. The only full count ever conducted was in 1997 when Shelter published a report about the reality of individuals living in B&Bs. Shelter discovered that the actual number of homeless individuals in this accommodation was 72,550 compared to the official statistics of 7,660. Current P1E data, published yesterday, records the official number of homeless households living in B&Bs at 680, there is no reason to believe the number isn’t still much higher. We also know that this number is growing. In Q3 2013—the quarter in which our research commenced—the P1E data reported 3920 living in B&Bs. At 6680 it has now officially climbed by 2760 households, but we know it is much higher than this.

Single homeless households are stuck outside the housing and homelessness system in UTA and are therefore forced to live in poor conditions without anyone taking responsibility for their onward movement towards stable and secure accommodation. Our research uncovered a bleak reality that exists for the hidden homeless stuck in this accommodation. A person entering this accommodation can expect to be there for an unknown and unspecified length of time. One of our research participants had lived there for 36 years and it is likely an individual’s stay will be more than 6 months. Once in the accommodation there is a 50% chance you won’t have a lock on your door, with 23 of 45 of our research participants reporting this. It is likely they will share filthy, squalid bathroom facilities, and maintenance issues are rarely addressed. Therefore the conditions are very poor:

‘When I first moved in, I had no running water for over a week. I kept complaining about it. So I couldn’t shower, I couldn’t even use the loo, and literally no one would do anything. It was just so frustrating .’

Many feel intimidated and harassed by other residents and in some cases by the management, they’ll also find illegal money lending and drug dealing are common. Therefore security within the accommodation is not only because of a lack of lock on your door, but also due to not knowing who is placed next to you, what they are doing and also often because of the landlord.

Recommendations: the change we are calling for

Single homeless households living in unsupported temporary accommodation are hidden and ignored. They are stuck in substandard accommodation in which they are unsafe and are affected by worsening mental and physical health. In addition, many do not have the option to move on, even if the desire was there. In order to address these and other challenges highlighted in our research, we published four policy and practice recommendations in our report, Nowhere Fast: the journey in and out of unsupported temporary accommodation. The four over-arching recommendations are as follows:

These are locally formed place-based collaborations bringing together stakeholders in unsupported temporary accommodation, including current or recent tenants. The partners on this board will be mobilized to gather, maintain and monitor information about local bedspaces and the individuals living in them, to inform referrals and signposting towards appropriate accommodation.

Temporary accommodation boards should create and maintain live greenlists and exclusion lists of acceptable and unacceptable bedspaces of local UTA using the data they gather and aggregate. This should inform better placement of homeless households as well as disrupt the economy of the poorer accommodation and encourage landlords to improve it.

The standard of UTA varies across localities as well as nationally. There should be more clarity around the temporary accommodation submarket to encourage consistency across all accommodation. This can be accomplished if local authority teams use the new powers given them by the Housing and Planning Bill to aggressively target the poorest properties to close them down. Temporary Accommodation Boards should also develop a standard license agreement that clearly outlines rights for both residents and landlords.

Arrangements should be put in place to ensure proper support for individuals placed in UTA to continue their journey towards secure and stable accommodation. This includes ‘warm handovers’ and better communication between agencies placing and agencies supporting tenants of UTA.

These recommendations have been made with the current political and financial climate in mind. They bring together individuals who hold solutions to the current challenge of UTA and provide a cost-effective vehicle for each stakeholder with a different aspect of the solution to come together and develop locally relevant change.

Justlife began piloting a temporary accommodation board (TAB)—known as the ‘B&B Action Group’—in May 2016 in Manchester as part of the Manchester’s homelessness charter’s initiative to end homelessness. Manchester’s TAB began by aggregating relevant information from partners on the board in order to identify all bedspaces used as UTA across the city, highlighting further gaps in knowledge of current conditions and cost. The group has developed an informal greenlist and exclusion list that will eventually be held as an online platform for rating UTA, however this is still being prototyped. Most importantly the solutions being explored by the TAB are co-produced with the six individuals with current or past lived experience that are partners on the TAB.

Other partners of the board include: representatives from Manchester city council departments including homelessness and temporary accommodation, environmental health and revenues and benefits; Manchester’s homeless mental health team; four voluntary sector organisations that provide support and signpost people into UTA and the fire service.

Justlife believes that change can be made for individuals living in unsupported temporary accommodation, and that solutions for change exist within the various stakeholder organisations of UTA, which is why TABs provide such a strong vehicle for change.

Our aim is to create a national network of TABs to address change locally, while creating a national strategic group of decision-makers and policy makers to influence change nationally. This, alongside a new full count of individuals living in unsupported temporary accommodation to be conducted in 2017, should continue the momentum and initiative for systemic change for those hidden and ignored in unsupported temporary accommodation. 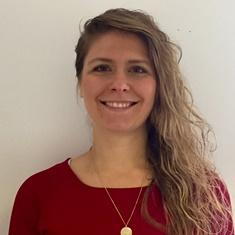 Christa Maciver is the Project Lead and Researcher for Justlife. She started working for Justlife as a project worker in 2013, but has been working on Justlife’s research with IPPR North for the past 18 months as they discover what it is like for single homeless households to live in unsupported temporary accommodation. Christa is working towards expanding the reach of Justlife’s research in the future as Justlife looks to implement temporary accommodation boards nationally in order to influence national systemic change for the hidden homeless.