You are here: Home / All posts / The Prevent duty: can teachers be judges?

Prevent is one of the four Ps that make up the government’s post 9/11 counter-terrorism strategy: Prepare for attacks, Protect the public, Pursue the attackers and Prevent their radicalisation in the first place. Bob Hindle looks at how the Prevent duty is applied in schools and colleges and highlights areas of necessary reform.

In To Kill a Mockingbird, Atticus Finch pronounces that ‘a jury is only as sound as the men that make it up’.  Despite evidence to the contrary, the court convicts Tom Robinson and Harper Lee’s novel asks us to consider the extent of our prejudice.  How are our attitudes to ‘the other’ determined? Can societal pressure contribute to our decision making? The same themes− of subconscious bias, fear and possible prejudice− are in danger of re-emerging in decisions taken as part of the Prevent duty, with staff in schools and colleges asked to make judgements about who might be an extremist.

Teacher decision-making around what to look for as ‘indicators of extremism’ is compounded by a broad and complex range of possible indicators. Even when these are identified, the decision of whether to make a referral is complicated by institutional factors, such as the degree of importance attached to the promotion of equality and diversity, together with staff understanding of cultural and religious context, and the fear of the implications of a ‘missed’ referral. This includes the possibility of being rated as ‘requires improvement’ or ‘inadequate’ for Safeguarding by Ofsted.

The Prevent duty became law in July 2015 and forms part of the UK government’s Counter-Terrorism strategy CONTEST.  It seeks to ‘prevent people from being drawn into terrorism’ [HM Government, 2015: 1] and covers schools, colleges and training providers, both state and private sector. They must establish systems to identify and report who may be vulnerable to radicalisation and extremism. Staff members are trained by a Regional Prevent Co-ordinator [PCO] who is the point of contact when institutions refer a member of staff or student causing concern. Training may then be followed up using a series of Home Office online resources.  Central to this is a definition of extremism, launched by David Cameron in his Munich Speech in 2014:
“vocal or active opposition to fundamental British values, including democracy, the rule of law, individual liberty and mutual respect and tolerance of different faiths and beliefs [including] calls for the death of members of our armed forces, whether in the UK or overseas” [HM Government, 2015: 21].

Research suggests no linear relationship between religious conservatism, extremism and violent extremism. MI5 case files show no ‘escalator’ from religion to extremism and many indeed may be religious novices, two young men buying a copy of Islam for Dummies before leaving Gatwick en route to Syria.  Radicalisation can take place very quickly or over a long period.  So this is a difficult area for schools and colleges to generate a rich staff understanding.

Most radicalised individuals are male and in their 20s and 30s, with radicalisation rooted in issues of class, identity and ideology.  Former Head of MI6, Sir Richard Barrett notes the importance of social networks providing ‘power and identity’- recruiters have a sophisticated command of social media, with so-called Islamic State (IS) having over 50,000 Twitter accounts. Online grooming− from a range of groups and individuals− may involve marriage proposals and a call to arms.  Jihadi martyrs feature in Inspire, the IS online magazine. The picture of one was downloaded by Khadija Sultana from Bethnal Green Academy before she travelled to Syria in 2014.

Such diversity in triggers means Prevent is hard for already policy-cluttered schools and colleges to embed.  We should remember the cases of the young people from Bethnal Green and elsewhere who travelled to Turkey, then to Syria after being groomed online and also the Bolton Secondary school teacher arrested and jailed for funding such trips. Schools and colleges have always had a role to play in equipping young people with the skills to challenge intolerance.  But a report on the implementation of the duty by Ofsted (2016) described online Prevent training as ‘too superficial’, calling for a greater local and institutional context in policy interpretation. They also note advice offered to colleges by PCOs as ‘inconsistent’.

The rise in racist hate crimes witnessed since the Brexit vote provides further illustration that deep-seated prejudices exist.  Without intensive training applied to institutional and local contexts, there is a danger of personal prejudice and fear playing out. Whilst the legitimacy of Prevent may lie in its search for those who seek to draw vulnerable young people into extremist ideology, the concept of extremism itself is open to personal agency, either discriminatory or liberal.  The official definition in the duty may not be that being used by teachers and Safeguarding leads

Are teachers and safeguarding leads in schools and colleges applying this very generalised definition in their decision making? Or are personal agency, professional autonomy and the cultural and religious context of the institution important drivers too?  Is it actually clear what we are safeguarding from? This difficulty is compounded by the distribution of young Muslim people in schools and colleges across the UK, with segregation and polarisation meaning they are over-represented in some institutions, with few to none in others.

The report into the 2001 riots in Northern towns found separate ethnic communities had formed stereotypes about each other, which had informed their prejudice. Its author, Professor Ted Cantle, recently concluded an investigation, identifying that towns including Birmingham, Blackburn and Leicester had become more segregated since then, with a sharp decline in their white population. Communities are becoming less cohesive and more polarised and irrational fear and blame of ‘the other’ is one of the results.

Fear of the implications of a ‘missed’ referral

Deciding whether someone is in danger of becoming radicalised is complex. There are breadth and grey areas in possible indicators of extremism and evidence of inconsistency in the way these are identified in different people. Such complexity brings a danger that innocent people are wrongly identified and that those susceptible to grooming by extremist groups are missed by the system. This places teachers in a position of ‘when in doubt, refer’, with implications of an interview with a safeguarding lead or the police for young people wrongly identified. Is this a fear of the Ofsted implications of a missed case, with the downgrading of safeguarding to ‘inadequate’? Conversely, there are financial implications in losing a student; colleges are funded according to the number of students they have on role, subject to them completing their programme.

There has been a sharp rise in referrals from the education sector in the 12 months to December 2015, more now from schools and colleges than from the police themselves.   In How Schools Do Policy 2012, Ball, Mcguire and Braun note policies ‘create circumstances in which the range of options available in deciding what to do are narrowed or changed’. Research finds teachers have different attitudes toward those from backgrounds different to their own.  The religious and cultural understanding of teachers toward Muslim students may differ markedly, perhaps why the Parliamentary Joint Select Committee Report  in July concluded that Prevent had become a ‘search for religious conservatism’ with an assumed ‘conveyor belt’ between conservatism and violent extremism.  Prevent Watch note cases receiving media attention, including a primary school pupil referred for saying he lived in a ‘terrorist house’, a college student for wearing a ‘free Palestine’ badge, though such cases are denied by the National Police Chiefs Council lead. In a number of institutions, students are even asked to show their flight tickets before they go on term-time holidays.

There are clear conclusions – if Prevent is to be persevered, school and college cultures must focus on inclusion, with more robust staff awareness and training. Personal agency and interpretations of extremism must be avoided. But can there be commonality in what is seen as ‘extreme’?  And who is ‘the other’?

The threat from terrorism remains at ‘severe’.  British citizens and others have lost their lives to acts of terror at home and overseas.  The Director of MI5 recently noted there were 3000 Islamist extremists in the UK who posed a threat to security.  However, rather than tasking teachers with identifying complex indicators of radicalisation and extremism, playing out anything from misunderstanding to prejudice, we need to strive for a commonality in what we consider ‘extreme’, build community resilience to challenge this and strengthen our commitment to inclusion around diversity. After all, Atticus Finch stood up for Tom Robinson and we are all the better for it. 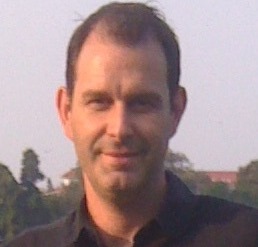