You are here: Home / All posts / Brands must stop the exploitation of refugees making our clothes in Turkey

This year, the world has seen millions of refugees fleeing war and persecution, many from Syria. Turkey is the largest host country with over 2.7 million Syrian refugees. The Business & Human Rights Resource Centre has been investigating how brands are taking steps to protect the hundreds of thousands of Syrian refugees who are working in Turkish apparel factories from abuse and exploitation. On the eve of the International Human Rights Day, Joe Bardwell argues that brands need to do more.

Many of us saw the Panorama documentary in October which exposed the plight of vulnerable refugees fleeing bloodshed in Syria into exploitative working conditions in Turkish clothing factories. We heard the story of two young children, Oday and Rasha, exhausted, working 60 hours a week, for pitiful wages, to support their family. Rasha said, “My work is so tiring. I would prefer to be in school with my friends like before.  But it is forced upon us, we have no choice.”

That is the reality for many desperate families in the country, trying to find some semblance of a life. In Turkey, they have little access to healthcare or education and the vast majority aren’t able to work legally. But factory work gives them a life line even though they are vulnerable to exploitation.

The allegations in the programme came as a surprise for many but not for the advocates who have been working to stop this exploitation – including under-resourced, dedicated groups on the ground. Nor did they surprise some of the better high street clothing brands, who in 2016 have recognised there is a problem and want to ensure that the clothes they sell on UK high streets aren’t the product of this exploitation.

No company wants this in its supply chain, but few are taking adequate steps to rise to the challenge of stopping abuse – a major part of which is knowing where clothes are actually being made. Many orders are fulfilled in small sub-contracted workshops – where abuse and exploitation is rampant – and then fed into the bigger factories which have a relationship with a brand.

I saw these workshops for myself when I visited Istanbul in July this year. Walking down a seemingly residential street you notice the strip florescent lighting glaring from basement windows, you hear sewing machines, and you quickly become familiar with the chemical smells of the garment districts. Glancing through open windows and doors we saw young children in dangerous working conditions. In some areas, in every other building there is a workshop, easily 10 in a street, and then 20 more streets just like it.

In September, we surveyed 38 high street brands for the second time in 2016 on the steps they are taking to protect these vulnerable refugee workers. A few brands – including NEXT and New Look– lead the way with better policy and practice and a larger group of brands have begun to take positive steps. However, abuse remains endemic as laggard companies do too little, too slowly.

The increased scrutiny on the conditions for refugee workers in Turkey throughout the year has driven change. This includes from Primark which has increased its monitoring programme in reaction to the issues faced by refugee workers, and H&M which shifted its stance on the employment of undocumented workers from a zero tolerance approach to a pragmatic one which looks to support the refugee.

This targeted action is crucial. The refugee crisis is exceptional and needs a tailored response from business. But it is has also exposed weakness in the garment industry that are all too familiar. The drive for lower costs and fast fashion leads to supply chain structures and practices that enhance the vulnerability of workers, by pushing production to sub and sub-sub-contractors where oversight is limited or non-existent. And this isn’t just true in Turkey; problems exist wherever the global garment industry operates.

It is important that brands commit to continuing to source from Turkey, where access to work is a lifeline. Yet even the most ambitious action by brands to protect Syrian refugees will likely fall short, unless they are willing to look at how the business decisions they make drive exploitation in the far reaches of their supply chains. Only then will we see the step change we need to protect vulnerable workers in Turkey, and globally.

This blog was originally published on 9 December 2016 and has been curated to form part of The University of Manchester’s Migration Month. 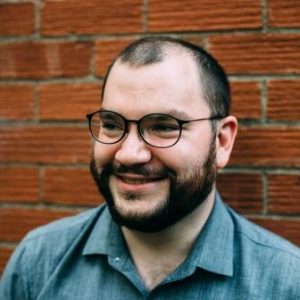 Joe Bardwell is Corporate Accountability and Communications Officer at the Business and Human Rights Resource Centre where he collaborates with researchers around the world to pursue accountability and remedy for victims of corporate human rights abuse.