You are here: Home / All posts / Time to Reset the Targets for High Speed 2

High Speed 2 is the planned railway linking London, Birmingham, the East Midlands, Leeds, Sheffield and Manchester. Although the first two phases of construction have been approved by Parliament, the details and route of the project have still not been formalised and are open to changes. Professor Nuno Gil urges the Government to accept that a project like HS2 can never truly be ‘on target’ and to reset the original targets now.

Loved by many, disliked by many others, the HS2 project only found its high-level purpose after a few years in the planning stage. The idea was born within Network Rail which called for action to prevent the UK railway network running out of capacity during the twenty first century. A second argument was that reducing transport times between the UK main cities would stimulate economic activity and increase productivity. If we accept these two arguments, there is a high potential for both collective and individual value to be created in this enterprise. But these arguments alone have struggled to justify the massive capital investment in the eyes of third parties.

The real benefit, we are told these days, is the way HS2 will catalyse socio-economic growth for decades to come. It will do so by putting on the major urban regeneration schemes, giving momentum to the Northern Powerhouse vision, and contributing to rebalance the UK economy. And yet, pinning down these benefits is more of an art than science. Hence the decision to go ahead is ultimately political. This is where the HS2 project exists today in the rhetorical space.

Technically, of course, the HS2 railway network still needs to be designed and built.  Negotiating the final design with a large number of self-interested actors requires many compromises and trade-offs. This need for cooperation is amplified by efforts to fend off attacks from opponents. Complicating things, the process is regulated, rightly so, by a slow Parliamentary process. All this puts massive pressure on the cost targets as well as on the completion targets, both of which were set when the system goal was underdeveloped.

It is thus unsurprising that the HS2 project remains misunderstood and even mistrusted by many third parties. This makes the scheme vulnerable to attack from multiple sections of society who are struggling to make ends meet, and thus eager to see the resources committed to HS2 going elsewhere. The recent departure of the chief executive added more fuel to the fire.  We could argue this is a problem of the promoter’s own making (the promoter here is a coalition between central government, Network Rail, and their executive agent, HS2 Ltd). First, they failed to get the system goal right up front. But, humans are boundedly rational, so the promoter needed time to learn what this project was actually about, which could only happen once the Government had chosen to go ahead with planning. Second, the promoter’s optimism led them to underestimate the costs,although the promoter has already let the budget envelope, not the cost target, slip considerably in 2013. Furthermore, we must be optimistic in order to do something of this magnitude in a pluralistic, densely populated country like the UK. Optimism here is therefore both a blessing and a curse. And third, the promoter lost sympathy from the public when they got to reward top management disproportionally to the professional risks; top management are unlikely to be penalised within their professional community by slippages in performance targets which their peers so well know are beyond their control.

And yet the fact of the matter is, negotiating the scope of the HS2 project through the environment is gradually depleting its massive budget contingency (approximately £14billion in 2011prices). Constrained by obsolete cost targets and reluctance to further deplete the contingency, the promoter is kicking into the long grass important problems. The full revamp of Euston station appears to be going ahead on paper and as parliament assurers, but funds have yet to be committed. A station in Sheffield is being ditched because the local actors failed to decide where the station should go and it’s simply cheaper to do without it.  Manchester can have an airport station, but they need to find the funds themselves. The HS2-HS21 link was eliminated. And some even suggest stopping the whole enterprise in Crewe – an idea that would defeat the purpose of HS2, but would be a way out to cynically say ‘ the project is on target’.

Ultimately, an infrastructure project of the scale of HS2 can never be ‘on target’; that is a performance myth. Delivering HS2 ‘on target’ cannot happen in a pluralistic society that cherishes property rights and democratic decision-making processes. The organisational slack created by the contingency built in 2013 is a gimmick that helps to sustain a narrative (in the eyes of third parties) that the project is on target. It is useful to mask cost slippages endemic to these enterprises. In an ideal world, it would be better to live without big contingencies though because they encourage suboptimal behaviour and reduce the promoter’s bargaining power. Regrettably, in our environment – polluted as it is by obsolete performance expectations rooted in ideas born in the 1960s, in a much less interconnected and crowed world – it is hard to do without large contingencies. But we also know that the contingency funds will be all gone by the time that the HS2 trains eventually start to run. Contingencies create self-fulfilling prophecies. Furthermore, many more pots of money will be necessary to fund other compromises and trade-offs that will emerge along the way.

Let’s face it- no one can know for sure if HS2 is the right capital investment or not. We need to be patient; in one hundred years, we’ll have enough evidence, but right now, the decision to proceed or not is ultimately a judgement call, and a judgement call that cannot and should not wait. The performance myth complicates things further, and gives ammunition to the opponents. It would be much better if we could accept that, in a pluralistic setting, performance targets evolve because system goals evolve. With the Autumn Statement looming, we should accept that now is the time to reset the HS2 targets in order to enable the capital project to realise its full transformative potential. As the Government is about to commit to more investment in long-lived, capital-intensive infrastructure, it is time for the Government to play its part in debunking this performance myth. 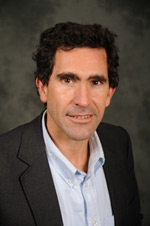 Nuno is a Professor of New Infrastructure Development who studies and develops theory to advance our understanding of how societies develop capital-intensive, long-lived infrastructure systems. Nuno joined the Manchester Business School in October 2004 and has worked, or done research, with various organisations around the globe, notably in the USA.