You are here: Home / All posts / Giving time in a time of change

Tuesday 29th November marks Giving Tuesday. The initiative, set up by the Charitable Aid Foundation (CAF), was introduced to the UK in 2014. Last year Giving Tuesday raised £6,000 per minute, breaking the world record for the amount of money donated within a 24 hour period. It now runs in over 70 countries with a large proportion of engagement taking part on social media.

Fiona Ramsay and Karen Hancock from Pro Bono Economics, the charity that helps charities and social enterprises understand their impact and value by matching them with highly skilled professional volunteers, offer insight on the changing landscape for charities and charitable giving:

Times are tight and we know that there will be tougher times ahead. With public spending cuts, charities and local service providers are expected to deliver more for less and prove that what they’re doing is really making a difference.

Since the financial crash in 2008, there has arguably been a shift in local service provision from government to charities in certain areas. One example is local employment programmes for people with complex needs, which are often outsourced to charities and community interest companies (CICs), sometimes without support from the Department for Work and Pensions (DWP). With charities often reliant at least partly on philanthropic funding, this could be considered a cause for concern. However, charities might be taking control of local services for a number of good reasons, other than failure of government, and sometimes reliance on philanthropic funding is no bad thing.

Charities are often closer to the frontline, and the people they support, than local authorities are. Charities are constantly innovating due to the competitive nature of the sector and can offer holistic, reflexive and ultimately faster responses to those in need of their services. Secondly, it’s no surprise that people are more motivated to give to charity than agreeing to an increase in tax. In donating, we create a connection with a personal cause that is only possible through charitable giving.

A different way to give

But there are, of course, other ways to give. At Pro Bono Economics (PBE), we help charities and social enterprises to understand, and therefore improve, the impact and value of their work. We do this by matching them with highly skilled professional volunteers who give their time for free.

Our volunteers tell us that giving their time opens their eyes to the real challenges of charities and the beneficiaries they serve, giving them a new found respect for the sector and bringing them closer to the cause:

Andrea Lee, volunteer from the Department for Work and Pensions:
“Volunteering with PBE was enjoyable because it was so different to working at my desk in Whitehall. At work I’m often dealing with very big numbers and billions of pounds, so understanding how a small charity like Family Action operates and hearing the stories about the women they help was very different and a real eye opener.”

When we donate to charity, we often want to know where our money is going. At PBE, we help charities to allocate their often scarce resources to achieve maximum impact. We also help them to understand the value of their interventions to the individual and society as well as suggesting how they can improve.

Our recent work with St Giles Trust is a great example of this. Offering one-to-one support to young people at their lowest ebb, St Giles Trust helps to get its clients into education and work using a tailored approach based on their experience of working with young people with complex needs, including patterns of re-offending, homelessness and drug misuse.

St Giles Trust’s ‘Choices’ programme demonstrated a value of £4 in social returns for every £1 of programme spend. ‘Choices’ gives young people a better chance at achieving higher wages, makes them less reliant on benefits and helps them to overcome personal difficulties that, without support, could result in joblessness, homelessness, or worse, becoming trapped in an extremely strained criminal justice system.

The St Giles Trust case study demonstrates an important message for people giving on the 29th; that every £1 they donate might be going much further than they think, but also, that there are a  number of ways to give that can add even more value than simply giving money. With Black Friday and Cyber Monday about spending money and material wealth, giving your time and volunteering for Giving Tuesday could well be the ultimate way to reinforce Giving Tuesday’s message about doing good and supporting your local community. 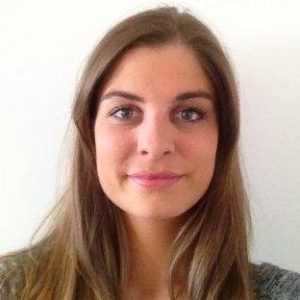 Karen joined Pro Bono Economics in July 2013 from her role as Chief Economist at the Department for Education. She has been a professional applied economist for 35 years. As well as working in a variety of government Departments, she has been an academic researcher and lecturer at the Universities of Glasgow, Strathclyde and the University of Lund in Sweden. Karen has also worked as an economics consultant for public sector and charity clients.