You are here: Home / All posts / Agreeing to austerity: does signing up to devolution challenge the Northern Powerhouse?

Austerity and devolution are inextricably linked and present significant challenges to the government’s Northern Powerhouse and devolution strategies. This is because of the importance of the public sector and public services for both supporting growth policies and addressing the needs of disadvantaged groups and areas argue Dr David Etherington and Professor Martin Jones.

Our study of the Sheffield City Region (SCR) shows that austerity and cuts in the context of devolution are a dominant and integral feature of the policy landscape and disproportionately impact on disadvantaged and deprived groups and communities. Fiscal conditioning, target setting and the re-composition of local governance networks involves, in our opinion, increased centralisation. Devolution and rebalancing the regional economies are not compatible with austerity policies. We estimate the combined loss of income to the SCR from local authority and welfare cuts amounts to around £1.1 billion in around 5 years. The devolution deal amounts to £900 million in 30 years. These findings hit the front page of the Yorkshire Post ( 23rd September 2016). The leader of the SCR Local Enterprise Partnership (LEP), Cllr Sir Steve Houghton, in response to our report, claimed that “the austerity and budget cuts we’re facing have nothing to do with devolution”.

However, in its recent report the RSA’s Inclusive Growth Commission, stated that “the context of devolution so far has been fiscal neutrality and austerity … overall revenue budgets have shrunk substantially”. Yet the fact that this is occurring receives little recognition in the Sheffield City Region policy documents and authorities instead consider they are two separate processes.

The leaders of the SCRRC might object to austerity, but by playing the devolution game they are bound-up in agreeing to and implementing austerity. The funding for devolution itself embodies an austerity mentality and represents a reduction in previous allocations for regional growth and development. The National Audit Office reports that over the five-year period 2010/11 to 2014/15 the government will have spent £6.2 billion on local growth programmes, including that spent via RDAs (Regional Development Agenices) and their legacy. By comparison the RDAs spent £11.2 billion over the preceding five-year period 2005/06 to 2009/10.

The SCR also has responsibility for chairing Area-Based Reviews of the landscape of 16+ skills provisions for instance(which having been subjected to intense budget cuts in recent years) are designed to legitimise and facilitate the restructuring of further education colleges and other providers.  In many respects devolution represents an important mechanism for managing the cuts in the Adult Skills Budget. The cuts to the employment and skills system actually undermine growth objectives.

According to one report the funding for apprenticeships for young people will be cut by a half in 2017- https://www.theguardian.com/education/2016/sep/04/uk-apprenticeship-funding-rethink-attacked-labour. Furthermore, cuts to employment support services for disabled people are going to undermine targets for increasing their employment rates and consequently, also access to vocational training –http://ersa.org.uk/media/news/new-report-finds-gap-between-government-ambition-and-reality-supporting-disabled. This is particularly significant as the Sheffield devolution authorities have put in place plans to develop a new Health and Employment Plan on similar lines to what is being implemented in the Manchester City Region.

Along with this we have identified a number of other policies which we consider to adversely impact disadvantaged groups. These include harsh welfare regime and frequent use of benefit sanctions, high cost of child care provision, poor coordination of an increasingly complex policy landscape and little provision in governance structures for organisations representing disadvantaged groups to be involved in decision-making.

In our recommendations we call for transparency in the development of devolution policy. This also means that the City Region authorities assess the implications of austerity cuts on regional growth and inequality and the way they are impacting disproportionately on disadvantaged groups and places. All the local authorities in the City Region are playing a vital role in supporting disadvantaged groups and developing employment and skills policies that are linked to the SCR growth agenda. At the same time they are experiencing major cuts to their budgets.

An inclusive growth agenda, as reflected in the RSA Report, needs to draw out the importance of public services and funding of the employment and skills system in connecting disadvantaged groups to the labour market and tackling the low pay low skill cycle. In connection with this we recommend an increase in emphasis on in-work support and progression. Increasing employment rights and voice and a more user friendly welfare to work system – via a redesigning of claimant agreements – would reduce the incidence of benefit sanctions. This is the pre requisite for meeting gross value added targets (the measure of the value of goods and services produced in an area, industry or sector of an economy) which is currently a major priority in the SCR economic strategy. 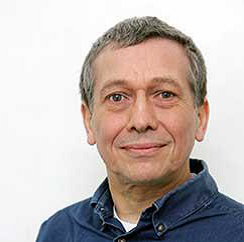 Dr David Etherington is Principal Researcher at Middlesex University of Middlesex Centre for Enterprise and Economic Development Research (CEEDR). He has published widely on welfare reform and international comparative labour market policy including on Danish welfare policy. David recently completed work on ESRC funded research on Welfare Reform and Benefit Conditionality and more recently, in 2016, with Martin Jones on Devolution and Disadvantage in Sheffield City Region. David has been appointed to the Research Advisory Group of the Royal Society of Arts Inclusive Growth Commission.

Professor Martin Jones is Professor of Urban and Regional Political Economy at the University of Sheffield. He is currently leading on a Wales Institute of Social Economic Research and Data Methods (WISERD)/Civil Society ESRC-funded Research Centre on ‘Spaces of New Localism—Stakeholder Engagement and Economic Development in Wales and England'. With David, Martin recently completed a research project on Devolution and Disadvantage in Sheffield City Region. Martin has been appointed to the Research Advisory Group of the Royal Society of Arts Inclusive Growth Commission.