You are here: Home / All posts / What’s in your Brexit Burger? There’s even less chance of knowing now

What will happen to food standards and who will regulate them in Brexit Britain? Are we risking another horsemeat-posing-as-beef type scandal  or worse? Sarah Devaney and Adam Leaver explain why they think leaving the EU puts the safety and authenticity of UK food products at risk.

Food fraud is typically not an exceptional event carried out by external gangs of organised criminals, but more commonly adulteration and mislabelling within legitimate food production environments. These practices appear to be accepted responses within the industry, especially when financial times are hard.

Our research indicates that a crucial condition which incentivises food fraud is an increase in food production costs. According to an article in The Independent farmers have warned that the cost of our food is likely to rise as a result of the weaker value of the pound, and our reliance on food imports.

The idea that the devaluation of the UK pound would have a simple effect on exports is moot. Prior to the Brexit vote 60% of UK food manufacturers believed that leaving the EU would be ‘bad for their business’. Like car manufacturers who import 80% of their components, the devaluation is a double edged sword: it makes the cost of their imported parts more expensive just as it may depress the final sales value of the finished product to export markets. So it is with food manufacturing.

However, in food this brings associated quandaries. The rising import costs of ingredients may lead to a search for cheaper domestic or international suppliers. These suppliers may include the US and other major non-EU importers where – for example in meat supply –substances like hormones are used, which are banned by the EU. This may add new complications and costs if UK manufacturers wish to keep the EU as a trade partner and export market. Will UK factories be forced to operate two premises for each export market, will new standards of oversight need to be demonstrated before they can be exported to the EU? These and other imponderables may add oversight costs and regulatory complexity.

These kinds of complicated cost-based problems may lead to a race to the bottom if it stimulates a search to lower costs. It may lead to a greater reliance upon shadowy food brokerage networks – opaque networks which a range of studies have indicated increase the risks of food adulteration.

Pro-Brexiters cited the gains of avoiding the regulatory costs of the EU. But the trade-off is not so clear cut. The regulatory costs are simply likely to be different, particularly if we wish to retain those export markets, as was suggested as being possible.

There is also a possibility that labour costs will increase as UK workers are drafted in to cover the food processing jobs that are currently typically carried out by EU migrant workers. Another potential consequence is an increase in the trafficking and exploitation of migrant workers, as in food labour markets these also tend to be dysfunctional at times of stress.

The shock of Brexit

The shock of Brexit on financial markets has been wide ranging. Managing currency fluctuations is a part of food producers’ business cycle, and normal market fluctuations will be an expected and managed part of that. But the shock of Brexit on currency markets is catastrophic for those attempting to manage a food business which uses differing currencies. Furthermore, as the costs of farm production shift from the EU to the UK Government with the loss of EU wide farming subsidies, there may be further financial shocks in store for farmers.

It is claimed that good regulatory oversight can deal with these type of problems. At times like this, the existence of an effective, well-resourced regulator is imperative. Food safety regulation within the EU is not without its flaws. It does little to acknowledge the realities of fraud occurring within the food industry, as opposed to happening to it from some external force. The EU has set a fundamental principle of consumer protection and allowed member states certain levels of discretion as to how to realise this. In the UK, this filters down to local authorities to undertake investigation and enforcement activities, resulting in a lack of co-ordination and integration of investigation, and therefore a fragmented regulatory response.

Costs will be greater

Brexit further undermines any hope regulators have of gaining an oversight of fraudulent activities within the industry. The food industry is international, and Brexit won’t change this. A UK food regulator with few powers and an increasing victim of government cuts will be isolated from its European counterparts and the intelligence they provide will have little chance of protecting the integrity of our food. Our current research demonstrates that a product may be produced in one country, processed in a different one, and sold in a third one. If we want to track adulteration or mislabelling, cross-border regulatory cooperation is critical.

The UK’s current food quality and regulation is part of an interdependent network of agencies that work together to regulate food standards across the EU. Once the UK is removed from this network of agencies that regulate and provide intelligence in relation to food adulteration activities, the costs will have to be borne by the UK alone, and these costs will be greater than they are now.

Failure to meet the difficult challenges set out above will mean that in future we will have less chance than ever of knowing what is in our post-Brexit burger and most importantly, whether or not it is going to be good for us. 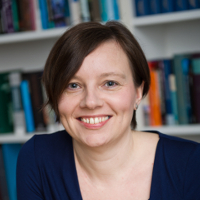 Sarah is a Senior Lecturer in Healthcare Law. She is Co-Director of ManReg: The Manchester Centre for Regulation and Governance.