You are here: Home / All posts / Losing a loved one to suicide: how the right policies might reduce risk

A new study released by The University of Manchester revealed that GPs looking after someone who has lost a child to suicide had a lack of knowledge and confidence on how best to support them. Those bereaved by suicide are a very vulnerable group at significant risk of dying by suicide themselves and an important focus of the Government’s suicide prevention strategy. Lead study author Sharon McDonnell argues that this at-risk group is not as well understood as others and more action is needed.

With  latest figures showing  6,122 people dying from suicide  in one year in the UK, many thousands more are bereaved by suicide.  Those who have lost love ones in such circumstances struggle to cope and often feel isolated, stigmatised and unsupported. The bereavement can have a serious effect on their mental health and as a group they are significantly at risk of dying by suicide themselves.

Suicide prevention research in the UK, however, tends to focus on suicide and self-harm, with less attention paid to the distress suffered and risks faced by those whose lives continue in the aftermath of a family member’s self-destruction. The Government needs to pay equal attention to this phenomenon, rather than depending on research conducted in other countries to guide us on how to care for this extremely vulnerable population within our society.

Arguably, focussing more attention on this neglected field is the key to significantly reducing the suicide rate in the UK.

I believe the Government needs to adopt a co-ordinated approach to help achieve this goal and action should include the following:

Currently, our understanding of how to care for those bereaved by suicide is far behind our understanding of other ‘at risk’ groups and our knowledge about how, when and with whom to intervene after a suicide is extremely limited.  However, we do know that suicide bereavement is associated with major psychological problems and there is currently no national specialist provision within the NHS for these vulnerable individuals at a time of high risk and intense need.

One of the key objectives of   England’s Suicide Prevention Strategy is to ‘provide better information and support for those bereaved by suicide’.  However, as evidence, including the recent study  that I was involved in suggests, many clinicians are anxious and uncertain how to respond to and care for this ‘high risk’ group and do not receive any training on how to deal with this sensitive issue. In fact, there was no evidence-based suicide bereavement training available in the UK to guide clinicians on how to respond to those bereaved by suicide until recently, when the National Institute for Health Research (NIHR) funded my research team to develop it.  Currently support for those bereaved by suicide tends to be provided by the voluntary sector, even though many are significantly at risk of dying by suicide.

In direct response to the above limitations and in an attempt to address the suicide prevention strategy, Public Health England (PHE) has worked tirelessly with Support After Suicide Partnership (SASP) , to help improve the care those bereaved by suicide receive and should be commended for its commitment to this issue.

Alexandra Pitman, a researcher and consultant psychiatrist considered one of the leaders in this newly developing field, has argued that ‘policy makers will need to strengthen the responses of health and social care services to this vulnerable high risk group.’  It is therefore important to reflect on our recent progress since England’s revised suicide prevention strategy.

Arguably, PHE and researchers’ most key recent developments include:

These developments will not only help provide ‘better information and support to those bereaved or affected by suicide’, which is a key area for action in England’s suicide prevention strategy (DH, 2012) but provide the foundations that will help influence policy and practice and ultimately help to save lives.

I have specialised in this field for sixteen years.  This is the first time I have felt that we, as a society, are beginning to understand the plight of those bereaved or affected by suicide and are genuinely receptive to working together to care for them.

The baton now needs to be passed to the Government to ensure that momentum is not lost and action is taken to build on the progress made.  In particular that: there are sufficient funds in place to conduct research in this field; to ensure every person bereaved by suicide can access a paper copy of Help is at Hand; that NHS Trusts have sufficient funds to purchase suicide bereavement training for their staff, and to develop the suicide bereavement pathway within their region.

Not taking these simple cost-effective steps to protect this vulnerable high-risk group is no longer an option. 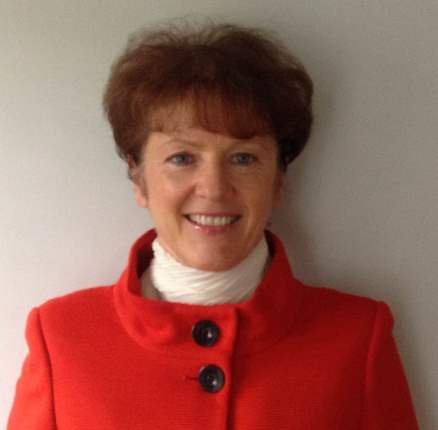 Dr Sharon McDonnell specialises in suicide bereavement research and is an Honorary Research Fellow at the Centre for Mental Health and Safety, The University of Manchester and a Winston Churchill Fellow.