You are here: Home / All posts / School attendance law in the High Court: term-time holidays despite the legal fog?

Parents of school-age children know all too well that family holiday prices have a tendency to sky rocket during school holiday periods. Most also know, or thought they did, that they could be fined if they took their children out of school without good reason.  So there was huge public interest in the recent case of a father who refused to pay the fine for taking his daughter on an unauthorised term-time holiday and won his case.  But the law on this issue is now confusing for parents and teachers and in urgent need of reform, argues Neville Harris.

The recent decision in Isle of Wight Council v Platt is still reverberating around the education world. The High Court held that magistrates were entitled to find that Mr Platt, who in April 2015 took his daughter (M) out of school for a family holiday for seven school days without the permission of the school, had no case to answer when charged with the statutory offence under section 444(1) of the Education Act 1996 of failing to ensure his child attended ‘regularly’ at school.

Lord Justice Lloyd Jones and Mrs Justice Thirlwall are widely regarded as having given something akin to a carte blanche to parents who want to remove their children from school during term-time without the head teacher’s permission in order to take them on a family holiday, without incurring the premium costs of an out of term trip.

Attendance: how much is enough?

The Isle of Wight decision turned on whether or not there was regular attendance. A question the court had to resolve was whether regular attendance should be judged with reference to the period when absent from school or over a longer period. The judges did not indicate precisely what period should be taken into account for such purposes. However, referring to the fact that M’s attendance record from the start of the 2014-15 academic year to July 2015 had been placed before the magistrates, Lord Justice Lloyd Jones said that ‘the magistrates correctly had regard to that wider picture’.

In the 2006 case of Bromley, Mr Justice Sullivan found the question of whether there was regular attendance to be ‘very much one of fact and degree in each case’. Moreover, Lord Justice Auld noted that there was a ‘generous ambit of judgment’ held by magistrates on the matter.

But might regular attendance legitimately be judged with reference to a shorter period? In the much earlier (1961) case of Hinchley v Rankin, for example, the prosecution and conviction related to the level of absence during a six week period.  The key issue in that case, however, was whether attending late could prevent someone from attending regularly – the court indicated that it could. So in the Isle of Wight case Lord Justice Lloyd Jones was unpersuaded of the relevance of Hinchley. But perhaps he was too dismissive of it, for in his judgment in that case Lord Justice Parker said that  ‘when the Education Act… is providing for full-time education and regular attendance… it must be regular attendance for the periods prescribed by the person on whom the duty to provide the education is laid.’

Of course one can argue that ‘periods’ may be taken to refer to times, given the particular context of the case. On the other hand, days are also prescribed for pupil attendance. Perhaps therefore ‘regular’ may not have been intended to refer to frequency of attendance but to attendance as prescribed by the school or local authority?

Account should perhaps also be taken of the statutory excuse for non-attendance relating to religious observance. Section 444(3) of the 1996 Act states: ‘The child shall not be taken to have failed to attend regularly at the school by reason of his absence from school… on any day exclusively set apart for religious observance by the religious body to which his parent belongs’. A question therefore arises as to why such an excuse relating to one day of absence would have been necessary if such absence would not in itself potentially mean attendance was not regular? Of course, it could simply be inferred that any such day should be discounted from the period of absence before that period is judged to be sufficient to prevent the attendance from being regular, which Lord Justice Auld in Bromley appeared to favour, but one cannot say that the provision is unambiguous in that regard.

There is also a question about the level of attendance that would be sufficient for it to be ‘regular’? Some have suggested that 90% is the threshold, based on the Department for Education’s definition of ‘persistent absence’, based on absence from 10% or more of school sessions. But this definition has had, and continues to have, no legal significance – it is merely a benchmark used for policy and statistical purposes.

In the Isle of Wight case the child’s attendance rate prior to her unauthorised absence in April 2015 was 95%; it was 90.3% after it. According to Lord Justice Lloyd Jones’ reading of the Bromley decision, the issue of regular attendance was one of ‘fact and degree’ (his lordship voicing agreement with that approach); and this wider picture of a high overall rate of attendance meant that the magistrates had been entitled to view attendance as regular. Yet this leaves considerable uncertainty and a significant element of discretion and flexibility in what one would surely expect to be much firmer legal ground.

Where do we go from here?

The Department for Education considers that regular attendance under the 1996 Act ‘means attending on every occasion when the pupil is required to attend’ and is reported to be considering how the apparent legal loophole that this case has opened up can be plugged. The law was changed in 2013 to restrict the granting of permission by schools for pupils to be absent for family holidays. This change in the law followed a year in which as many as 11.4% of school absences were due to the taking of family holidays. The 2013 change meant that leave could only be granted for term-time holidays in ‘exceptional circumstances’. In the year after the 2013 reform the proportion of school absences that were due to family holidays fell to 8.5%. Recent statistics show that in 2014/15 it fell further, to 7.5%. The amendment therefore appeared to have achieved its objective, to some extent. Now the Isle of Wight decision has shown that further reform is needed if the DfE is to regulate school attendance effectively and maintain its policy of deterrence in relation to unpermitted withdrawal of children for term-time family holidays.

One parent has reportedly commenced proceedings arguing that by restricting family holidays the regulations are inconsistent with Article 8 of the European Convention on Human Rights by denying the right to respect for private and family life. While this argument may not ultimately succeed, it will certainly be giving the Department food for thought.

Parents’ arguments for a relaxed approach centre not merely on the extra cost burden of family holidays during school vacations but also on absence of real damage to their child’s education by virtue of being away from school for a week or two. Indeed it is claimed that family holidays can have educational benefits by exposing children to new physical, linguistic and cultural environments. Schools nevertheless complain that these gains do not fully offset lost lessons and that a significant effort is needed on teachers’ part to ensure that individual absentees catch up on missed work. Either way, on a matter as important as children’s education, the law is surely now in too uncertain a state – particularly for those responsible for administering it. As things stand, some local authorities are reportedly holding back from prosecuting parents because they feel unsure about the legal position.

Apparently, at the request of the Schools Minister, the Isle of Wight Council has now made an application for permission to appeal against the ruling. It will be interesting to see if the High Court’s judgment stands up to the scrutiny it will receive from a higher court and whether greater legal clarity will ensue.  One cannot be certain, but the Department’s view may well cut more ice next time. 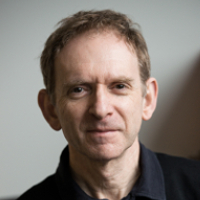