You are here: Home / All posts / TTIP- Time to focus on the big stuff

On Saturday, a number of demonstrations were held across Europe to protest against TTIP and other trade agreements (notably the EU-Canada Comprehensive Economic and Trade Agreement [CETA], the Trans-Pacific Partnership [TPP] and the Trade in Services Agreement [TiSA]). Next week, EU and US officials will return to the negotiating table in Miami for the 11th Round of TTIP negotiations. Here Ferdi De Ville and Gabriel Siles-Brügge take stock of the negotiations, more than two years after they kicked off, and consider what difference people can make.

At the start of the negotiations, in July 2013, US Trade Representative Michael Froman expressed the ambition of negotiators on both sides to conclude the talks ‘on one tank of gas’. This was alternatively taken to mean by the end of the Barroso Commission (November 2014), the end of 2015 or the end of the Obama Administration (before 2017). While the first deadline has been missed and the second has been acknowledged to be unattainable, it also seems increasingly unlikely that the negotiations will be concluded successfully over the coming year.

Why has the engine been sputtering? One explanation is that those who initiated the talks underestimated the complexity of the challenge they were embarking on –overcoming deeply entrenched political interests on both sides of the Atlantic. However, much more likely is that the negotiators knew that the TTIP negotiations would take longer (after all, negotiations on CETA or TPP have been dragging on for years); what they were seeking to do with their (over)ambitious timetable is to generate enthusiasm for the talks amongst legislators, stakeholders (especially business) and the general public.

Another reason for the slow pace is that the unprecedented – and arguably unexpected – interest for and mobilisation against TTIP in Europe has caught EU negotiators off guard. This has led to delays because officials have been forced to spend more time than they initially foresaw justifying their objectives, rationale and positions to a sceptical European audience. Moreover, they have felt compelled to introduce greater transparency to the TTIP negotiations. Most importantly, delays have occurred because (European) negotiators have felt obliged to rethink their approaches in a number of areas.

Most of the past two years of negotiation have been spent on preparatory, technical work. The two sides have exchanged positions, learning more about each other’s approaches, desiderata and sensitivities. By now, both sides have come to the table with offers or textual proposals (although not in all areas). In the coming months and years, more substantive negotiations will take place to arrive at ‘consolidated texts’ (a working document of the actual agreement, with both sides’ proposals bracketed side-by-side).

Civil society organisations (CSOs) mobilising against TTIP have succeeded in putting the negotiators on the defensive. This includes groups with a range of positions with regards to TTIP, from ‘rejectionists’ to ‘reformists’. The former reject TTIP on principled grounds, because they do not believe further liberalisation to be desirable and/or believe these mega-deals to be exclusively negotiated in the interests of big business. ‘Reformist’ organisations have less fundamental objections to the idea of a TTIP (they share the belief that TTIP can theoretically deliver growth and jobs and help to set global standards) but are opposed to a number of specific aspects of the proposed trade deal.

For strategic reasons, both ‘rejectionist’ and ‘reformist’ CSOs have often campaigned with similar messages or even jointly. They have highlighted three main themes in their campaigns: the lack of transparency in the negotiations; the risk of a ‘race-to-the-bottom’ in standards and the undermining of democratic decision-making (although of course these three themes are linked across specific issues). The first line of criticism has focused on the secrecy of the talks. The second has addressed the impacts of regulatory cooperation at the heart of TTIP. Here CSOs fear that the attempt to make rules at both sides of the Atlantic more similar will in practice lead to acceptance of weaker standards. Thirdly, many organisations are concerned that new mechanisms and institutions to be instated after the conclusion of TTIP, most notably a proposed Regulatory Cooperation Body (RCB) and a mechanism for investor-to-state dispute settlement (ISDS) (often referred to as a ‘corporate court’), will interfere with the democratic right of governments to regulate in the public interest.

In response to these concerns, the European Union has softened its position, a notable success for the CSO community. Firstly, it has gone to some length to improve the transparency of its dealings in TTIP, amongst other things by publishing of many (but not all) of its own textual proposals or by establishing a ‘TTIP Advisory Group’ with privileged access to negotiators and which is half composed of representatives from CSOs. Secondly, the European Commission has not only time and again felt the need to stress that TTIP will not touch upon EU levels of protection, but has also moderated its position in some of the sectoral regulatory cooperation negotiations (e.g. for cosmetics). More specifically, it is no longer seeking a mutual recognition of rules but rather working towards weaker forms of regulatory cooperation. Thirdly, the EU has made clear in its most recent proposals on regulatory cooperation that the RCB will not have legislative power, and has changed its position on ISDS to accommodate some (if not some of the more fundamental) concerns raised by CSOs.

Much of the CSO campaign has, despite addressing the broader themes outlined above, tended to focus on a number of sensitive issues, such as the possible threat to the EU’s (de facto) bans on hormone-treated beef, chlorinated chicken and genetically modified organisms, or on the specific dangers of ISDS. While this has helped CSOs to successfully mobilise on TTIP, it also means that they are in a tricky situation now. As the Commission has purportedly accommodated their key concerns, they risk ending up in a position where eventually an agreement might be presented to the European Parliament and public (and national parliaments if TTIP is judged to involve both EU and Member State competences) that respects their ‘red lines’. Because such a TTIP is unlikely to have meaningfully addressed their concerns, many CSOs would still be dissatisfied, but might find themselves tongue-tied.

The TTIP negotiators may well have returned to work refreshed after the summer. Just before the break, the US Congress granted the Administration its long-awaited Trade Promotion Authority (the ability to present Congress with trade agreements for an accelerated up-or-down vote), making the conclusion of agreements such as TPP or TTIP more likely. On the European side, the European Parliament backed a report (albeit only after the initial vote had been postponed) supporting the continuation of the TTIP talks and leaving the door open for the inclusion of (a reformed) ISDS. In the coming months both sides will be engaged in more substantive negotiations to go from their own proposals to consolidated texts. As the US still blocks the release of such consolidated texts (or of their own proposals for that matter), it is likely that little information will be released about this process. The European Commission has promised to communicate about the progress after each negotiating round but has of course considerable room to control the release of information. While CSOs will again complain about the lack of transparency this entails, it will likely be difficult for them to keep track of where the negotiations are headed precisely.

For CSOs, the challenge in the coming months is to transform the message directed at a number of attention-drawing issues (chlorinated chicken, ISDS and the like) of the past two years which might not eventually feature directly in the agreement towards a broader critique of TTIP. Underlying their criticisms is the very valid concern of whether TTIP is really getting our priorities straight. When such diverse actors as President Obama, the World Economic Forum or the Pope have stated that climate change and inequality are the defining challenges of our time, is TTIP really a move in the right direction? What CSOs are often implicitly arguing is that the priority today should not be to adjust regulations protecting society or the environment to the objective of maximising trade, the underlying philosophy of TTIP, but rather to regulate trade in such a way that it is put at the service of combatting climate change and inequality (amongst many other broader public policy goals). It is time that they made these broader claims more explicit to avoid being cornered by TTIP’s advocates further down the road.

This blog entry builds on the authors’ recent book TTIP: The Truth about the Transatlantic Trade and Investment Partnership (Cambridge: Polity Press). This can be ordered from here: http://www.politybooks.com/book.asp?ref=9781509501014. 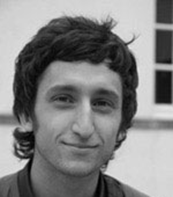