You are here: Home / All posts / Universal access to sanitation requires a revolution in understanding

In the latest in our series on the negotiations in New York over Sustainable Development Goals, Diana Mitlin says that sanitation should be a priority.

Goal 6 of the Sustainable Development Goals (SDGs) makes a clear commitment to universal access to sanitation: Ensure availability and sustainable management of water and sanitation for all. This wording may have been tricky to negotiate, but it will be considerably trickier to turn into practice.

One of the most difficult aspects is determining how access to improved and adequate sanitation is measured. The scale of the task is immense, and it is equally evident that ‘progress’ appears to have been abysmal to date.

In sub-Saharan Africa, the Joint Monitoring Program (JMP) of WHO/UNICEF estimate that only 40% of the urban population currently use improved sanitation; in 1990 that figure was 39%. Many other things have changed since 1990 – the development and spread of mobile phones, the rise of the BRICS, the expansion of social protection programmes with hundreds of millions benefiting from cash transfers – yet most urban dwellers in Africa still don’t have access to safe (improved) toilets.

Between 1990 and 2015 almost 100,000 million residents in sub-Saharan African towns and cities did get access to improved sanitation. But population growth has meant that the total numbers without access grew from 84 million to 225 million during that period.

In light of this, anyone serious about addressing urban sanitation needs will probably recognise that improved sanitation figures are very likely to be overestimations. Current JMP definitions of “improved sanitation” do not take into account the realities of urban living.

One problem is that the definition of improved sanitation does not account for residential density. In many urban neighbourhoods, it really does not make sense to talk about sanitation without also talking about residential densities and other living conditions. A pit latrine can be perfectly safe in one context and very risky in another. While on-site sanitation works at low densities, as densities increase some ‘improved’ technologies can prove problematic. For example, there is a high risk of contamination if water and sanitation facilities are in close proximity.

High densities also mean that there can be a lack of alternative sites to dig a new pit when the existing pits are full. Managing faecal sludge requires planning at the city scale. Faecal sludge needs to be removed from a given area and disposed of safely. Both the JMP and city governments are now thinking more about this, but the challenges are immense. City authorities have to work with private collection services, illegal dumping must be prevented and solutions must be identified for those who cannot afford to pay. A further challenge, exacerbated by high residential densities and a lack of waste management services, is that sanitation technologies need to be ready to withstand the high risk of flooding in many urban centres – and particularly in informal settlements.

A final problem has more to do with data collection than definitions. Aggregated city figures do not appear to represent the realities in informal settlements, perhaps because those collecting formal data do not spend enough time actually in these locations, or perhaps because their significance is understated by city authorities.

In Kenya, for example, JMP data indicates that 31% of the urban population have access to improved sanitation, but other research suggests that only 5% of Nairobi’s population have a private (non-shared) toilet, and there are a high proportion of households with tenants living in one or two rooms of 10 square metres or less. In Malawi, the JMP report that 47% of urban dwellers have access to improved sanitation – with a further 37% sharing improved sanitation – but community data from Blantyre groups affiliated with Shack/Slum Dwellers International indicate that an estimated 67% had no or inadequate sanitation.

However, the definitions may be too restrictive in other respects. At present, shared toilets do not count as improved sanitation – and shared toilets may be perfectly adequate. The JMP is open to this challenge. Their 2015 report identifies and discusses the additional numbers reached with shared sanitation. The priorities of organised groups in informal settlements suggest this makes sense. I have learnt from Shack/Slum Dwellers International groups in sub-Saharan Africa that shared sanitation is often acceptable – urban households regularly organise themselves to clean and maintain the facilities.

If we are serious about universal coverage of adequate sanitation then we have to recognise that global data collection processes are inadequate. In order to properly understand what is happening, two steps are needed.

First, the definitions of “improved” and “unimproved” need to be revised to take account of residential densities. Second, local monitoring systems, sensitive to local conditions need to be established. This second step is going to be an immense task, but it will be possible if the United Nations and its global partners invest in grassroots data collection. Frustrated by the inadequacy of official figures, organised communities are developing their own systems of data collection. Shack/Slum Dwellers International (SDI) have recently launched their own data portal, with information on over 6,000 informal settlements.

Universal access to sanitation is a fitting global ambition for the 21st century. We need to make sure it happens. 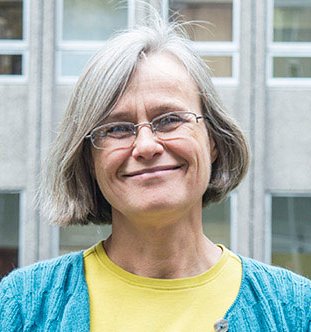