You are here: Home / All posts / Global Debt Soars in the Post Crisis Economy

The McKinsey Global Institute last week released a report highlighting the fact that global debt has increased in the years since the credit crunch. Here Ian Crowther of the Business School at The University of Manchester analyses the findings and what the impact may be.

A rather disturbing report was released by McKinsey Global Institute last week.  The report’s key headline reflects particular issues surrounding unconventional monetary policy, zero interest rate policy and austerity.  From 2008 through to Q2 2014, global debt has grown by $57 trillion (an increase of 17% points of GDP), and no major economy has decreased its debt to GDP ratio since 2007.

Comprehensively, the report sketches out how the world has not even begun to reduce debt in the post crisis era.  Debt fuelled economies have continued with the pre crisis plan of debt correlated growth.

Somehow the argument of global and national debt ceiling’s being breached, and how this correspondingly has adverse effects on growth, has failed to register on the technocratic policymaker richter scale.  The Eurozone has recently agreed the upscaling of unconventional Keynesian policies from zero interest rate policy to large scale quantitative easing. Of course, the previous point falls amongst the complexities of the core versus Greek and periphery Eurozone debt and structural reform debate.

Around 50% of the increase in total global debt stems from advanced economies, where Government debt has risen dramatically and private sector debt reduction has been limited.  For debt reduction to occur in any meaningful way, there would need to be wholesale increases in GDP which economic statistics do not support in the short to mid term.

So, with this in mind, and given the experimentation of advanced economies around the world, why on earth is Europe attempting to plough the same furrow, advance the same QE concept and expect an alternative result – post crisis statistics suggest this eventuality is highly unlikely.

McKinsey argue that Governments will have to progress [aggressive?] debt restructuring programs, reform taxation and sell off assets.  Simply put, right now there is no technocratic exit strategy, only to destabilise the economy further through higher Debt:GDP ratios.  The numbers correlate with a failure of austerity politics; the concept has not delivered widespread debt reduction.  More to the point, if we use the Governments balance sheet to raise money, we need to ask where is it going, who is benefitting, and where is its social utility?

A percentage of additional funding from UK Government gilts is being borrowed for carry trades (borrowing cheaply in one currency and investing at a much higher rate elsewhere), the creation of margin debt to invest in stock markets, and finally to keep funding ever increasing levels of mortgage debt (help to buy, funding for lending), which continues to ramp property prices in certain parts of the country.  Some of this debt creation is supported by banking regulation as it encourages banks to lend into property markets.  The regulations keep regulatory capital requirements low as there is a collateral to secure the debt against, which assists return on equity upon which bonuses are paid.

Good news is rather limited as you would expect based on the above.  However, at least banks have begun to reduce debt, and we have seen sizeable, (but not big enough to prevent another crisis or too big to fail), increases to capital ratios meaning banks are now, in theory, more ready to contain unforeseen events,  than they were in 2007/8.

Banks have been reducing balance sheet exposures to improve risk, but at the same time lending rates to SME and small business have been flatlining.  Filling in this funding gap have been those firms operating in the shadow banking market where companies and pensions funds lend directly to business.  China has been the biggest proponent of shadow banking and now has significant issues in this sector.  China’s shadow banking market is ungoverned, unregulated, and lends directly into property.   We have seen new ghost towns appearing, and the debt is often supplied via state owned enterprises.  Multiple shadow banking bankruptcies have been reported.

The McKinsey report confirms nearly all new funding since 2008 has come from non-financial sources, indicating that banks in many countries are struggling to lend and reduce exposure / risk at the same time as expanding tier one capital ratios.  Most of the increase in tier one capital has been via public bail-out funds, and major adjustments to portfolio assets and liability funding within the business, rather than requesting shareholders recapitalise the bank and dilute share prices – shareholder protectionism!

Household borrowing has reduced in 4 key economies, US, UK, Spain and Ireland. However, the others have either grown or considerably increased household borrowing since the crisis.  This is concerning and relates primarily to mortgage debt.

Interestingly, McKinsey note financial innovation within property and mortgage lending is required.  Flexible mortgage contracts are key to the new economy it seems.  This type of contract “avoids foreclosure and associated social and economic costs”.  A shared responsibility mortgage, where loan payments reduce in line with reducing house prices, and revert to normal when prices lift – in exchange for this flexibility, the lender gets a percentage of the capital gain.  This type of innovation may encourage stability within the sector when the economic cycle move towards recession by keeping people in their homes. There is a social benefit here.

Other matters are discussed like introducing regulation to flatten the peaks and troughs of boom and bust – this can be achieved by placing caps on the maximum multiple of loan-to-value of all lenders within a domestic economy – this has worked well in Korea.  This keeps aggregated price increases, such as property, in line with wages, and lenders can not, in theory, fall into the Minskian cycle of ponzi finance if credit facilities are not extended beyond the means of the borrower.  This would also flatten property values and reduce volatility in the buy-to-let markets where property is now an asset class of its own.  If the rent yield is kept in line with borrowing costs then this may influence more affordable properties for those renting.  More social utility.

There are multiple recommendations in the report. It is worth a read for those interested in debt and its ramifications in the post crisis world.  EU policy makers in particular need to think long and hard about these statistics before heading into the long grass creating more debt and no doubt increasing uncertainty and financial instability via QE and unconventional monetary policy.  The warnings are here for all to witness, reform is required and sharpish! 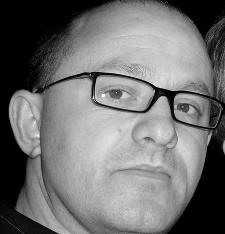