You are here: Home / All posts / Civil Service Accountability to the Public

In the second of our series of posts exploring the corridors of power in Whitehall, former senior civil servant and public sector chief executive Martin Stanley discusses how we are governed and the tensions between the needs of Ministers, MPs and the wider public.

The electorate clearly believe that ‘the Westminster Village’ is incompetent and/or out of touch with the concerns of those who live outside cosmopolitan London.  The Institute for Government recently reported that there is no correlation between things that the public thinks that government ‘should’ prioritise and what it ‘does’ prioritise.  Voters have not forgiven those responsible for the financial crisis, for growing income inequality, or for the Iraq war.  And those who have read Richard Bacon and Christopher Hope’s Conundrum, and/or Anthony King and Ivor Crewe’s The Blunders of Our Governments, have plenty more ammunition, dating back to the Poll Tax and before.

But it is not only politicians who live in the Westminster Village.  Is it not time that officials became more accountable for their actions – or lack of them?  There are, after all, about 40 times as many senior officials as there are Ministers.  Some of them were intimately involved in the ineffective planning, in ignoring the warnings, and in delivering the faulty policies.  Surely they cannot avoid taking some of the blame?

Academics and commentators seem to fall into two groups when analysing the sad state of current politics.  One school, including Daniel Finkelstein and Matthew Parris, argue that the public do not understand the complexity and long-term nature of government.  Politicians (they say) know when they are blundering.  They know what needs to be done – at least in the ‘wicked areas’ such as the environment, tax, foreign policy, pensions, drugs.  But they just don’t know how to get re-elected after doing it.  Politicians (they say) are not unaware of evidence, but they are often forced to ignore it given the pressure to be re-elected and the influence of pressure and focus groups, and social and other media.  Commentators who take this view do not argue for greater civil service accountability, for the faults in the system (in their view) lie outside government in the ignorant or unforgiving nature of the electorate and media.  Politicians and officials should be allowed to debate, quite privately, how to negotiate the tricky shoals of public opinion.

But another group of academics, echoed by politicians such as Alex Salmond and Nigel Farage, argue that, to understand the source of contemporary political disengagement, we need to recognise that political elites have for too long been making decisions without reference to the public.  The role of the electorate has been to do little more than legitimise politics, rather than to be involved in politics.  By way of evidence, they note declining numbers voting in elections, and declining membership of the main political parties.  They see a hypocritical Establishment, much more inclined to tell voters to ‘do what I say’ rather than ‘do what I do’.  They argue that Whitehall needs to work much harder to involve citizens in decision-making.  That implies opening to public scrutiny the debates between Ministers and officials.

And there seem to be two incompatible criticisms of the performance of the modern civil service.  Some critics remind us that our ‘Westminster Model’ of government derives in part from TH Green’s proposition that, as politicians are inevitably subject to short term and selfish pressures, the UK needs a unified administration in which officials ensure the common good and good government?  A few decades later, Haldane added that the relationship between civil servants and Ministers should be one of mutual interdependence, with Ministers providing authority and officials providing expertise.  He did not add that it was fine for Ministers to totally ignore that expertise.  It follows that Ministers should be told in no uncertain terms if their programs cannot be delivered within the resources and timescales allocated to them.  But critics say that the modern delivery-focussed civil service has become much less good at challenging Ministers, and might even have become somewhat politicised.  The initial Universal Credit program was clearly unrealistic.  Departments’ press releases are becoming a little too economical with the truth.  And Permanent Secretaries are agreeing too easily to implement Ministers’ short-sighted management decisions.

In contrast, however, many Ministers clearly think that the civil service is far too obstructive.   They would be pleased if – but do not believe that – the civil service has indeed become more willing to energetically carry out Ministers’ wishes.  It is only two years since The Times reported “Whitehall in Worst Crisis … ‘[officials] think it’s their job just to say “No” … “The Civil Service sees itself as a check and balance within the political system, and that’s a problem.”  Previous governments have felt similar frustration.  This hardly suggests that officials have forgotten their challenge function.

The difficulty is that we just don’t know whether the challenge function of the civil service has indeed been degraded over time, and if so whether that is a good thing.   It has long been thought that one necessary consequence of the close and occasional stressful relationship between officials and Ministers has been the invisibility of civil service advice.   But how can we resolve the conflicting arguments, and reduce the amount of blundering, without piercing Whitehall’s veil? 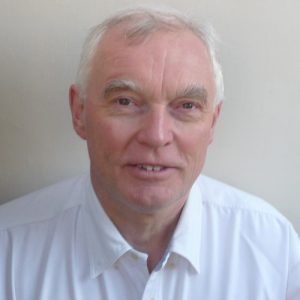