You are here: Home / OnCohesion / Could religious tradition be the antidote to fundamentalism?

As part of our  publication ‘OnCohesion’ read Professor Alexander Samely’s blog which focuses on religious tradition.

It is often felt that mere belief in the authority of sacred scriptures, such as the Bible or the Qur’an, plays a role in the radicalisation of members of religious communities. From the point of view of a historian of (Jewish) theology, things look a lot more complicated.

The diversity of interpretation as tradition

Many scripture-based religious traditions embrace multiple meanings in their sacred texts, so religiously motivated respect for one’s tradition can provide a basis for the acceptance of difference. In Judaism, for example, disagreements over interpretations of the Hebrew Bible were preserved within the tradition-forming group itself, the Rabbis of the Talmud. Disagreements were to a considerable extent cherished and transmitted as part of the tradition itself. This is not unusual. In Islam too, major disagreements on interpretation from antiquity and the middle ages are validated in principle as being part of the various traditions themselves. This includes disagreements affecting the practices of Islamic law as described by Andrew Rippin in his book Muslims: Their Religious Beliefs and Practices.

This goes hand in hand with a basic respect for learnedness, so that knowledge of the classical tradition is valued. Within many faith groups, awareness of the inherent diversity of tradition carries traditional prestige. At the same time, where a group values allegiance to their tradition, the religious authority of contemporary faith leaders derives from their perceived continuity with that tradition. So, if religious leaders wish to incite members of their group to religious violence, they must at least implicitly claim the meaning of sacred scriptures, as interpreted by a tradition of reading.

Today’s community leaders often have less inclusive views than their ancient or medieval predecessors. This is, paradoxically, often a response of sacred scripture traditions to their encounter with modernity. Narrowness can be the result of rejecting Western modernity, while adopting what is perceived to be that modernity’s powerful model of truth: a truth that is exclusive and one-dimensional, and carrying its own propensity for violence. Yet students of the classical religious traditions will still encounter variety and diversity, even if they study them in order to justify less inclusive outlooks that reflect modern fundamentalist ideas of truth.

The more a modern Jew knows of their religious tradition, the more they see that there is not only one, but several answers to a question; not only one, but several interpretations of the same scriptural passage – and often this is positively valued. Acceptance of difference is a pervasive feature of many sacred scripture religions, in particular those with an allegiance to traditional authority, and then this acceptance can be found on every page of scripture commentary, theological discourse or legal debate.

As a consequence, tradition-loyal communities can more comfortably embrace variety    than is often realised. They can see disagreements within certain boundaries as positive, and can accept divine texts as resisting one-dimensional interpretations. In the context of such religious traditions, the human is often seen as one-dimensional, and the divine as multi-dimensional, as the source of not one, but many truths.

Tradition as an ally to cohesion

The important upshot of this is that the prestige of traditional learnedness is a potential ally to those who wish to promote mutual respect and tolerance in contemporary multi-cultural and multi-faith societies. Even the most ultra-orthodox Jew studying the Torah and Talmud today will necessarily encounter the value of plurality as part of their heritage. That is a potential basis for understanding and appreciating its value more widely. In other words, among the antidotes to fundamentalisms of a tradition, one needs to consider a person’s opportunity of acquiring first-hand knowledge of that very tradition.

There appear to be a number of practical consequences of this for those who wish to foster social cohesion: 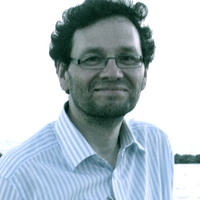 MA in Philosophy Frankfurt 1985, MSt in Jewish Studies in the Graeco-Roman Period Oxford 1984, DPhil Oriental Studies (Targums) Oxford 1989. I led a major AHRC project on the "Typology of Pseudepigraphic and Anonymous Jewish Literature c.200 BCE to 700 CE" between 2007 and 2012. It produced a new approach to the description of ancient Jewish literature, the so-called Manchester-Durham Inventory.