You are here: Home / Inclusive Growth / Worse than zero hours contracts: work, pay and (in)equalities in the gig economy

The gig economy is rarely out of the news; former CBI boss Lord Adair Turner is the latest prominent figure to call for the Government to enforce the minimum wage for those who earn a living in this way. Tony Dundon, Professor of Human Resource Management & Employment Relations at Alliance Manchester Business School, and Cristina Inversi examine the rising inequalities in an industry that employs over one million people in the UK.

The rise of the gig economy – corporations like Deliveroo, AirB&B, Uber – has brought economic growth in some areas, labour market expansion in others, and new opportunities for flexible work for many around the globe. The gig-economy is estimated to employ 1.1 million people in the UK. The global phenomenon has pioneered a new lexicon of ‘disruptive innovation’ with a more appealing palette to a younger generation who desire flexibility and choice.

Preliminary indications from our on-going research however casts doubt on some of the above gig-economy claims.  Those actively working in the gig-economy are not classed not as ‘employees’ or ‘workers’, but as separate ‘independent contractors’. Consequently  they do not have access  to the same basic legal employment rights as other workers elsewhere with a contract of employment (e.g. minimum wage, holidays etc).

These issues are of such concern that a new trade union has sprung-up to help redress growing concerns about injustice and inequality – the Independent Workers Union of Great Britain (IWGB) who are supporting a legal case that Deliveroo riders are, in reality, workers and not independent contractor enterprises. A similar legal case was won in 2016 by taxi drivers when a London Tribunal Court decided that drivers were in fact employees of the San Francisco-based firm Uber. The decision has implications for the status and employment rights of other similar gig-economy.

Our research, looking specifically at fast food delivery riders, suggests that despite the corporate claims  of a highly innovative and dynamic labour market, the reality is limited job flexibility and very few genuine employee choices. Rather than the upbeat picture painted by gig-economy enthusiasts, riders can be worse off than being employed on a degrading zero hours contract. Uncertainties about working time schedules, shift options, hourly pay rates, delivery bonuses, management communication errors, and the use of mobile technology all reinforce a unilateral mode of employer control with policy implications for fairness, equality, and employment regulation.

A policy issue concerns the employment status of the gig-economy workers. Because people are working ‘with’ a gig-economy platform provider, and not working ‘for’ an employer, this , means delivery riders are technically self-employed rather than employees of a company. The nature of such gig-economy work is attractive to younger people, many migrants, with large numbers of students, and for whom their first experience of the labour market may be such gig-economy work. Yet the idea each and every rider is an independent contract firm is logistically absurd.

Working for an empty pay packet

Related to the legal status debate is pay. Research underway at Alliance Manchester Business School (AMBS) charts a myriad of different pay structures across geographical locations and applied inconsistently for riders. For instance in Manchester and some areas of London, riders interviewed as part to the research reported being paid an hourly rate (£6.50) plus a delivery fee (£0.50p during the week and £1 on Friday, Saturday and Sunday). But in other cities (Birmingham, Brighton, and in Camden and Kentish Town areas of London) fast food riders who were interviewed for the same company received only delivery drop fees, with no hourly rate.

The delivery pay method is reminiscent of piecework payment systems of the 19th Century cotton and textiles mills, yet applied with renewed vigour and force in the 21st Century burgeoning gig-economy. The corporate language of flexibility and choice are exposed as rhetoric. The image is riders can simply ‘switch-on’ their App and work for as long or as little they choose, earning as much or as less they need or desire. Yet, one rider from Brighton summed-up the reality:

“This is the most precarious form of work. Not only we are like on a Zero Hours Contract, but if we do turn up for work we are not even guaranteed to get paid. We just sit there waiting at the company’s will and they will give us work if they want to”.

The management communication model in a fast food delivery case study for the research, referred to as DelivCo for confidentiality, raises a number of transparency concerns. On a daily basis riders schedule work from management communication systems detailing peak, busy and slack periods. The data is crucial as it informs riders where and when the greatest earning potential can be sourced. However, more often than not, management mis-calculate peak demand, resulting in excess supply of riders for the availability of deliveries. The reality is many riders find themselves ‘switched-on’ but with no deliveries assigned to them, and no prospect of pay. Another rider commented:

“They don’t have any good mechanism to tell us when to work … Sometimes you went to work on a day and time that was predicted as extremely high demand and you would be just sat there doing nothing … people want to work when there is lots of orders and they don’t do really a good job informing us when that is”.

The mis-direction of communications is evidenced in other ways. Many riders interviewed as part of the research did not know there was a company office in the city they worked. Most had never met or spoke to a manager to discuss any work related matters: all interactions are via emails or the smartphone app.

The demographic of those working ‘with’ many of these new gig-economy jobs mirror those sections of the population searching for an alternative to austerity. More and more young people, including migrants and students, now have new experiences of a labour market riddled with injustice and misinformation.

This offers a potential opportunity as a mobilising force for change and revitalisation for labour rights, especially as politicians grapple with what a hung parliament and political instability might mean for Brexit negotiations. One policy option is to now connect with rather than distance the UK from a broader Social Rights Agenda that will support women and working families in particular.

Another response could be to decide to regulate new gig-economy models of doing business, so that rights and protections are universal for citizens engaged in all forms of work. A third (worst case) option might be to abandon established rights enshrined from Europe, and let the uncertainties in the gig-economy become the norm for work in other sectors. In this scenario, Britain becomes the bargain basement for low paid job with corporate give-aways at the expense of citizens and workers.

None of these options are carved out in stone and policy choices are available to shape the future design of work, employment and societal well-being. 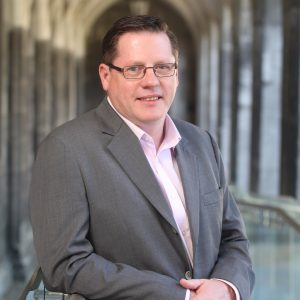 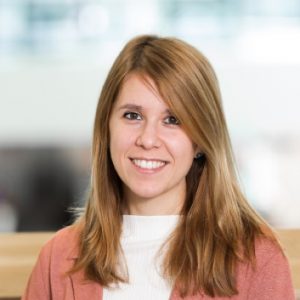