You are here: Home / Health and Social Care / Marking their own homework? The management of conflicts of interest in the NHS

Conflicts of interest (CoI) are ubiquitous across both public and private sectors. They are particularly important in the public sector, where good stewardship of public money requires that those making financial decisions cannot themselves benefit from those decisions. However, whilst the principle is easy to state, realising it in practice is considerably more difficult.

Our recent study has explored how local Clinical Commissioning Groups (CCGs) have managed the CoI associated with the commissioning of services from their members. Established under the Health and Social Care Act 2012, CCGs are responsible for ensuring that local populations receive the health care that they need, by purchasing (‘commissioning’) care from their local health care providers. In order to ensure that CCGs had the clinical knowledge that they needed, CCGs were established as ‘membership organisations’, with local primary care providers (GP practices) as the members. It was argued that, as members, GPs would be able to bring their unique perspective to the planning and purchasing of services, ensuring that CCGs commissioned services which met the needs of their population.

However, it quickly became apparent that, as a national body, NHS England didn’t have enough local knowledge to adequately commission GP services. Furthermore, it is generally agreed that providing care for an ageing population requires services to be ‘joined up’ between different sectors; this is difficult if commissioning responsibilities are divided up between different organisations. It was therefore decided that NHS England would delegate responsibility for commissioning GP services to CCGs. Whilst this is not compulsory, most CCGs now have some level of responsibility for what is called ‘primary care co-commissioning’.

So – what about CoI? CCGs are now making decisions which may affect the income of their members. Furthermore, committee members actually making the decisions may themselves directly or indirectly benefit. A National Audit Office report published in 2015 highlighted these issues, and raised concerns about the ability of NHS England to respond adequately. To support CCGs, NHS England published statutory guidance, which recommended the use of CoI declarations and registers of interest, CoI audits, a CoI guardian, and mandatory training, and advised on decision-making and governance structures. The guidance stipulated that primary care co-commissioning should be managed by a separate committee, which should have a lay and executive majority and a lay chair, and GPs should form a minority on the committee.

Our research explored how CCGs are meeting the challenge. We observed CCG meetings and interviewed those involved in order to explore how CCGs were approaching their new responsibilities, and how the inevitable CoI are being managed. We found that, while CCGs were aware of both real and perceived conflicts, they often struggled with managing these effectively. Approaches taken included: declarations of interests at the start of every meeting; asking GPs to leave the room at intervals during meetings; or preventing them from participating in decision-making processes. However, we found that even if GPs declare interests or leave the room, they are still able to influence discussions because of their knowledge and expertise and because of their powerful role in CCGs.

Furthermore, that knowledge and expertise can be useful. All four case study CCGs implemented new local contracts for GP practices, most of which required clinical input to their design and specification. Some CCGs were supporting their members to work together to provide services at a larger scale. This is something that NHS England is keen to see happening, but it involves a real conflict of interest for CCGs, who must draw the line between providing support and inappropriately favouring GPs over other providers.

We saw examples of GPs exerting influence on other committee members during discussions and decision-making, and we found that, perhaps inevitably, CCGs were keen to support their local practices when considering funding allocations between primary, secondary and other types of care.  Moreover, despite lay membership of the responsible committee being lauded as a bulwark against conflicts of interest, our research revealed that lay members were themselves not immune to conflicts of interest, usually arising from being patients of a CCG member practice.

Those we spoke to recognised that conflicts of interest existed and had to be managed, but some felt that concerns were overstated, and expressed frustration about being excluded from decision-making in primary care, even though this was their area of expertise

In the corporate world, where risks around self-dealing may be more acute, it was found that increasing transparency by simply declaring a risk is insufficient to manage conflicts of interest. Mechanisms such as independent boards and Chairs, an environment encouraging disclosure, peer pressure and ethics training were found to be more effective. Similarly, a recent study investigating the management of conflicts of interest in the National Institute for Health and Care Excellence (NICE) Clinical Guidelines Programme found that the mere existence of an explicit policy or guidance was insufficient to address conflicts of interest and recommended that chairs and members of the clinical guidelines development groups are given appropriate training.

There also needs to be training and support for committee members who lack clinical experience so they do not need to rely so heavily on GPs.

CCGs could also consider appointing lay members with relevant professional experience to the conflicts of interest guardian role and increasing the involvement of independent clinicians, in order to provide clinical advice.

It is likely that there are benefits associated with bringing together commissioning responsibilities within a single organisation, but good governance requires a more consistent and robust approach to the associated CoI. 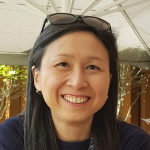 Dr Imelda McDermott has over ten years of experience in conducting health policy research. The focus of her research is on primary care policy, specifically primary care workforce and commissioning. 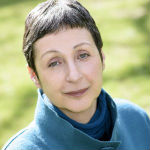 Pauline Allen is deputy director of one the national Policy Research Units funded by the Department of Health from 2011 to the end of 2018. The research unit in Commissioning and the Healthcare System (PRUComm) is a joint venture with the Health Policy, Politics and Organisation research group in the Department of Primary Care at the University of Manchester and the Centre for Health Services Studies in the School of Social Policy, Sociology and Social Research at the University of Kent.