Disputes are an inevitable in any aspect of everyday life. This rings true in the context of international trade agreements, where conflicting national agendas and interests collide. Sometimes, trade disputes can be anticipated and prevented.At other times, trade disputes cannot be avoided completely. Disputes need to be carefully managed in order that they are dealt with in a timely, transparent and fair manner. In this blog Dr Jasem Tarawneh and Dr Nicolette Butler discuss the key features of the UK-EU TCA’s dispute resolution procedures and the policy implications arising from them.

Since Brexit, a key trade agreement that the UK has negotiated is the UK-EU Trade Cooperation Agreement (TCA). The TCA sets out arrangements for preferential treatment between the two parties in a number of fields, including trade in goods and services, intellectual property, public procurement, energy, law enforcement and more. In the event of a dispute arising between the two signatories, part 6 of the TCA agreement sets out the dispute resolution procedures that will be applicable.

Recent events concerning fishing disputes between the UK and France have brought into sharp focus the importance of the dispute settlement mechanism of the TCA agreement, and the need to ensure it is fit for purpose. In this blog, we describe the key features of the dispute resolution procedure of the TCA in order to provide some observations on the legal and policy implications for the UK.

Trade and investment disputes have many different contexts and guises. The recent dispute between the UK and France concerning fishing rights demonstrates the breadth and implications of disputes. To avoid disagreements escalating into major international relations incidents, it is important to have a robust legal platform that enables resolutions of trade and investment disputes. To contextualise the discussion, it is important to note that the TCA utilises a two-step approach to disputes. Parties are encouraged to settle their differences amicably through consultation. If consultations fail, parties move to arbitrate their dispute. Arbitration is an alternative dispute settlement mechanism that enables parties to resolve disputes outside of the national court system.

Despite widely-recognised benefits of this two-step mechanism, which represents the approach followed by many other international trade agreements, it could be criticised for its lack of originality and adaptability to recent international trade developments. A simplistic approach to the construction and drafting of dispute settlement provisions hampers the efficacy of the dispute settlement mechanism itself, and highlights the glaring unoriginal nature of the chapter. Potentially, undermining the TCA’s effectiveness as a whole. This is a missed opportunity, as the agreement could have been used as a platform to introduce a more comprehensive and innovative model to resolve trade and investment disputes.

This is significant, due to the UK Foreign Secretary’s recent comments about the potential first use of this mechanism in relation to the recent UK-France fishing rights dispute.

A closer look at the dispute resolution chapter reveals a number of concerns that should have been dealt with during negotiations of the agreement to make sure it was fit for purpose. These issues are as follows:

The appropriate and dedicated management of any dispute resolution process, through a well-organised and funded secretariat is fundamental to the functioning of such mechanisms. This is exemplified by other international agreements and mechanisms like the World Trade Organisation. A number of key questions would need to be answered to address how any UK-EU secretariat would function. The location of the future secretariat must be decided – either it will exist within the UK or the EU. This issue needs to be resolved through parties’ negotiations. Clear and well-drafted rules for the operation of the secretariat need to be developed and lessons need to be learned from issues faced by the WTO appeal mechanism, where a technicality has been utilised to hinder the functioning of the mechanism.

There are two issues regarding investment protection in the TCA:  1) The lack of clarity about ISDS, and 2) the status of existing bilateral investment agreements between the UK and EU member states

The TCA only includes state-to-state dispute settlement, without the scope for individual investors or private entities to bring disputes against states for breaches of the investment protection obligations, which are contained in the treaty. The investor-state dispute settlement mechanism has caused significant debate, but many international agreements still include it. Despite reservations about the insertion of investor-state dispute settlement, from a legal point of view, the inclusion of this mechanism could make practical sense to attract foreign investment at a crucial time for a Global Britain’s agenda. State-to-state mechanisms create a specific problem for foreign investors, who have to enlist their own government to take up any case under the TCA mechanism on their behalf. Under the current TCA dispute settlement mechanism, investors can only become directly involved in dispute resolution by applying for permission to submit a third party observation, which may or may not be accepted or have any effect on the outcome of the dispute.

The TCA does not address the status of existing bilateral investment agreements between the UK and 12 EU members, as the UK did not sign the general agreement which terminated these treaties, despite the European Commission’s reasoned opinion calling for their termination. There are advantages for the UK leaving these agreements in force, they could be used as a bargaining chip when negotiating a more comprehensive investment agreement or chapter with the EU, but this is a risky strategy that could backfire. Keeping agreements in force leaves the door ajar for certain EU member state investors to sue the government for breaches of investment obligations.

The risk of this scenario should not be underestimated, given that the UK has left the EU and its regulatory framework. Leaving the investment treaty arbitration dispute settlement mechanism in operation by virtue of these agreements (given the absence of an investor-state dispute settlement mechanism in the TCA overall), seems incongruous at best, and foolhardy at worst.

With these recommendations implemented, the UK-EU TCA will strengthen the UK’s position in its new trading landscape, and serve as a building block for future free trade and investment agreements. 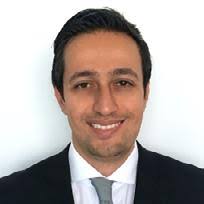 Dr Jasem Tarawneh is a Lecturer in Commercial & Intellectual Property Law at the School of Law within the University of Manchester. His main areas of research are Law and Economics, branding and Globalization as well as Alternative Dispute Settlement Mechanisms with an emphasis on International Arbitration.