You are here: Home / Cities and Environment / From celebration to public policy: International Mother Language Day as a civic identity badge

On 21 February 2021, Manchester will again be celebrating UNESCO International Mother Language Day (IMLD). This year’s activities will be held online to accommodate to the pandemic conditions. For the second time, they are being coordinated by the City of Literature initiative based in Manchester’s local authority. In this blog, Professor Yaron Matras, Dr Daniele Viktor Leggio and Dr Rebecca Tipton outline the work of Multilingual Manchester, and argue that this work could be replicated in cities across the country to engage communities and promote multilingualism.

Local schools in Manchester have been holding language events for some years now, often on the occasion of European Day of Languages in September. These usually aim to encourage the uptake of foreign languages in the curriculum. Some school-based activities, such as the Mother-Tongue-Other-Tongue poetry competition run by Manchester Metropolitan University, have also showcased pupils’ home languages.

Public celebration of language diversity began in Manchester in October 2015, when Multilingual Manchester (MLM) organised Levenshulme Language Day, a one-day carnival of stalls, performances, crafts and language taster sessions for families held across a cluster of venues. This was repeated in November 2017. In October 2016, MLM sponsored a resolution calling on the city council to adopt IMLD as an official annual celebration. The first public event to mark IMLD was held in February 2017, when MLM hosted a panel discussion at Central Library with contributions from city officials, practitioners and community groups. In the following year, Manchester Libraries put on various activities for IMLD. An ad hoc working group consisting of MLM, Manchester Libraries, Manchester Museum and others organised a city-wide programme for IMLD 2019. It included a three-day conference where MLM brought together academics, city officials and community representatives, and a public debate with leaders from the city council and cultural institutions. Then, in 2020, the City of Literature initiative took over coordination and a new IMLD branding, with MLM holding the kick-off event at Manchester Museum to mark the new Multilingual Museum partnership.

The format of information stalls, performances, crafts and workshops, first piloted on Levenshulme Language Day 2015, has now become a permanent fixture in the city’s public calendar. The activities engage audiences with the multiplicity of languages that are spoken in homes, taught in schools and places of worship, and written on signs that make up the city’s language landscape. For community groups this offers an opportunity to share elements of their identity with others, inviting them to practice calligraphy or emulate words and sounds. Drawing on research into bilingualism and language diversity, the artefacts created and displayed by MLM prompt participants to reflect on similarities between languages, writing systems, the etymology of words, or the way different languages represent animal sounds. In this way, interactive games serve as knowledge transfer resources.

But the impact goes beyond transferring information and skills, or the entertainment value of artistic performances. Language days broadcast a vision of society where linguistic and cultural pluralism are recognised and cherished. Their celebratory aspect consists of rallying around an idea: that integration should not be one-sided but entail active exploration of the cultural practices of others. This tackles head-on state-level rhetoric that calls for English to be the language of integration and everyone’s ‘first language’ and which affords a place for the study of foreign languages primarily as a way of asserting British dominance on the world scene. Language day celebrations are therefore what sociolinguists like Christopher Stroud, Ben Rampton and their associates call ‘acts of citizenship’, where people perform repertoires of language resources as a way of asserting multifaceted cultural identities.

MLM’s Supplementary Schools Support Platform, launched in early 2017, has been a forum where this vision of citizenship has been put into practice through a partnership with staff teaching community languages. It has offered training and networking opportunities as well as curriculum enrichment such as classroom demonstrations by university staff and tours of the museum given in the home language, and has worked to raise public awareness of the needs of these schools and their contribution to society.

In hosting public discussions on language days, MLM has also offered stakeholders and policymakers a platform to formulate this vision of citizenship and to turn it into an action programme. This programme is currently being pursued as part of a series of conversations led by Manchester City Council’s Equalities Team with public service providers and community representatives, with the goal of formulating a City Language Strategy, based on a draft document that the authors submitted to the council in the summer of 2018. That document calls for a city-wide networking effort to formulate good practice guidelines for translation and interpreting, to monitor relevant data and share data collection protocols, to support the work of language supplementary schools, to coordinate registration to ESOL (English for Speakers of Other Languages) courses, and to promote the study of languages as a way of securing both cultural heritage and skills. The policy document is embedded into the Manchester Strategy 2025, which recognises the city’s cultural diversity as a key asset.

Manchester’s language day celebrations began as grassroots and civil society initiatives. By assigning their coordination to a public initiative like City of Literature, the local authority is adopting the vision that they represent: embracing a multilingual civic identity, acting in many respects against prevailing national discourses.

Dissemination of research has played a vital part in this process. In 2013, MLM published its first reports on Manchester’s multilingual profile. This was accompanied by a publicity effort targeting local, national and international press outlets. The city’s policy declarations on language diversity build on that research, as does its publicity for IMLD. The phrase ‘Britain’s City of Languages’ has become part of a perpetual public narrative through which the city describes and defines itself.

By creating interactive spaces in which knowledge is transferred and ideas of citizenship are shared and rallied, the iteration of language celebrations has opened up a pathway for policy impact. This is an opportunity for us to reflect on our own direction of travel. A key milestone in MLM’s public policy engagement has now been achieved: the city has enshrined multilingualism as part of its civic identity. For a decade since the founding of MLM, the University has successfully served as an incubator for a civic idea. We have already forged a sustainable partnership with Manchester Museum, which will serve as the base for MLM’s future public and community engagement. We invite other partners in cultural institutions, community initiatives, supplementary schools and other educational organisations, and city council departments to join us to form a new MLM network as a civic partnership.

Outside of Manchester, we encourage other cities in the UK to celebrate language diversity and to turn that celebration into public policy. Multilingual Manchester is a model that could be applied elsewhere, combining public, community and policy engagement to create multiple ‘cities of languages’ throughout Britain.

Yaron Matras is an Emeritus Professor of Linguistics at The University of Manchester School of Arts, Languages and Cultures. He specialises in the study of multilingual societies and the documentation of various languages including Romani, Kurdish, and Arabic dialects. He is the founder of the Multilingual Manchester research unit 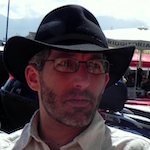 Dr Viktor Leggio is Lecturer in Linguistics at the School of Arts, Languages and Cultures of the University of Manchester. His research focuses on migration, diasporas and multilingualism and on the interplay between top-down policies and practices of local communities. 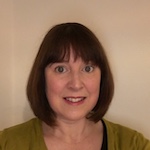 Dr Rebecca Tipton is a Lecturer in Interpreting and Translation Studies at the University of Manchester. Her research focuses on interpreting in statutory services and the charity sector, looking at the organisation and delivery of language support for asylum seekers and refugees.