You are here: Home / Growth and Inclusion / Does fathers’ involvement in childcare influence mothers’ employment post-childbirth?

In October 2019, the Government Equalities Office published three pieces of research on the barriers to women’s progression. In this blog, Dr Helen Norman, Research Fellow in Sociology, discusses some of the findings in relation to her own research into the impact of paternal involvement in childcare on mothers’ employment trajectories during the early stages of parenthood in the UK.

Having a baby incurs a career penalty for most women. This was one of the headline findings from research published last month by the Government Equalities Office (GEO), which revealed that women are more likely than men to reduce or withdraw from employment after having children. However, this finding is not new. The career and wage penalty that mothers incur from taking time out of the labour market to bring up a child has always existed and is documented widely. It is positive that the Government has recognised the importance of addressing gender inequalities in the UK – as set out in their recent Gender Equality Roadmap – but we are yet to see any substantive changes to employment rights and reconciliation policies. The GEO research serves to underline the fact that support for women who transition from mother to working parent has had limited success to date.

What influences a return to employment post-childbirth?

There are many factors which increase the probability of a mother returning to employment post-childbirth, including being employed full-time prior to the birth, working in the public sector, having a higher level of education and having more gender egalitarian attitudes towards work and care. Mothers in managerial or professional occupations are also more likely to return to employment, likely driven by the higher earnings in such jobs, which also makes formal childcare more affordable. Rarely considered, however, is the relative importance of fathers and how their involvement at home may influence mothers’ employment decisions post-childbirth. This is something my research finds to be key.

My analysis of over 10,500 two-parent (mother-father) households in Great Britain reveals that mothers with pre-school children are twice as likely to return to employment nine months and three years post-childbirth if the father is involved by sharing or doing the most childcare at these times. This is the case even when other factors affecting a mother’s decision to return to paid work are taken into account – such as the father’s employment status, the mother’s occupational class and the mother’s gender role attitudes towards work and care.

My analysis also finds that mothers are more likely to return to employment when their child is aged three if their partner was previously involved (by sharing or doing the most) childcare when the child was nine months old. This highlights the importance of the fathers’ involvement at home during the first year of parenthood because it, at least partly, facilitates mothers’ employment two years later. This builds on earlier analysis, which shows that paternal involvement during the first year of a child’s life increases the probability of a father being involved two years later. So taken together, this evidence suggests that what fathers do in the early stages of a child’s life has an impact on future parental work and family decisions.

What supports a mother’s return to employment post-childbirth?

Work-family reconciliation measures that support both mothers and fathers help to facilitate mothers’ employment post-childbirth, and my research shows that enabling fathers to be involved in the first year of a child’s life is key. There are three policy areas in need of reform:

The analysis in this article is based on Helen Norman’s article Does paternal involvement in childcare influence mothers’ employment trajectories during the early stages of parenthood in the UK?, published online in Sociology on 15 October 2019. 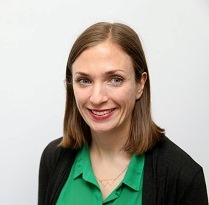