On the second anniversary of the introduction of shared parental leave into UK law, Doctors Emma Banister and Ben Kerrane look at the story so far and how policy changes can ensure greater success in the future.

When Nick Clegg, then Deputy Prime Minister, introduced the coalition government’s shared parental leave (SPL) policy in April 2015, he said “For too long, mums have been told their place is at home with their child, while dads return to work. I want parents to choose for themselves how to balance work and family.”

The idea of the policy is admirable – to introduce equality to parenting and give fathers (and partners of either sex) the opportunity to play a significant role in the early lives of their children. Parents are now entitled to divide up to 50 weeks of leave between them in their child’s first year.

But as we reach the second anniversary of the policy’s introduction the media headlines are likely to once again refer to a ‘failing’ policy with reference to the small proportion of new fathers who have taken SPL.

The stats that were banded about on the first anniversary – as proof that the policy wasn’t working – showed uptake of the leave at about 1%. This interpretation was then debunked following the realisation that the sample of men quoted include all men working in the organisations surveyed, rather than limited to those men eligible to take parental leave.

Subsequent HMRC figures, released via a freedom of information request, for the first three months of 2016 suggested 1.5-2% uptake, whereas the Chartered Institute of Personnel and Development (CIPD) reckon the numbers are more like 5%.

The limited availability of figures make it difficult to assess the policy in terms of the dual objectives of equality and choice for families.

While the SPL policy clearly reflects and signals changing attitudes and ideals, we question whether the policy in its current form can inform the change in fathering practices as was originally envisaged.

The strong impression from our research with SPL fathers is that men are actually really keen to take leave. This is supported by figures released today by Working Families that suggest more than half of surveyed fathers would like to make use of SPL.

But they are hindered by financial considerations, lack of information, difficulties dealing with employers, and by the wider parenting culture we have which says it is the mother’s duty to look after the child in the first year.

Practical and cultural impediments to success

Experiences often depend on your employer, with many workplaces not providing clear, accessible information and seeming unable to enhance statutory SPL pay.

Generally speaking some larger companies can be keener to embrace SPL as a cornerstone of their family friendly policies, which offer great potential from both recruitment and retention perspectives.

Accenture are one such employer offering a generous package of 32 weeks of enhanced pay and benefits; in response they have seen uptake of around 12% of new fathers.

It is an example of how the policy could operate. But many employers appear unable or unwilling to enhance statutory SPL pay, which is sometimes at odds with the existing enhanced maternity packages they already supply. That in itself sends a powerful signal about the perception of fathers taking SPL.

Many smaller organisations simply don’t have the financial clout to provide the resources that employees need in order to make an informed choice about their options.

Our research with SPL fathers also shows there is still work to do to facilitate a change of culture.

There remains a sense that child rearing is primarily a mother’s responsibility. The fathers in our study shared many examples where their novelty status made them feel excluded.

While the policy itself needs to change to make SPL more financially viable to all families, rather than relying on the discretion of employers, credible information needs to be more accessible and there needs to be greater visibility of parents who have chosen to share leave.

Surely if the government wants to pursue themes of equality and choice, SPL should be promoted to parents, with communications designed to support the necessary cultural shift?

When parental leave schemes were introduced in Norway and Sweden, several decades ago, state sponsored marketing campaigns ensured families were aware of their rights. In Britain SPL slipped in quietly and as a result many parents (25% of fathers according to the new Working Families figures) simply aren’t aware of it.

This was one area we believed we could affect. That is why we have partnered with Working Families and the Fatherhood Institute to create the Shared Parental Leave video casebook. This casebook features videos and written case material as well as pointers from parents, for employers and employees, drawing on parents’ real life experiences of taking shared parental leave.

The provision of this video casebook is recognition that not all employers have the know-how or the financial means to provide the kind of information that is needed for parents to fully get to grip with the policy and understand how it may work for them.

This is our small effort to help address some of the barriers that currently prevent SPL from being considered in many households.

Over the longer term, the government should heed the findings of our research and the advice and expertise of organisations like Working Families and the Fatherhood Institute who urge them to make the more fundamental changes to the policy that will help facilitate the cultural shift and make the original vision a reality.

Through enacting these measures, parents will really be able to decide how best to balance their family and working lives in order to move towards true choice and equality goals. 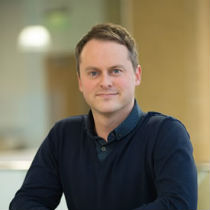 Dr Emma Banister is Senior Lecturer in Consumer Research and a member of the Work and Equalities institute at Alliance Manchester Business School. Her research focuses on consumer research with the potential for societal impact with a particular focus on families, fathers and gender equality