You are here: Home / Ethnicity / Lessons from the Caribbean on integrated healthcare

The NHS has much that it could learn from integrated mental health and primary care in the Caribbean, explains Dr Dawn Edge.

The government has signalled that health and social care providers must move from ‘engagement’ to full ‘integration’. While the details are being worked out, there is some (albeit muted) disquiet that mental healthcare – long recognised as the ‘Cinderella’ of the NHS – may be left out of these plans. This is despite the aspirations of policymakers, commissioners and service managers who believe that merging health and social care will be both more effective in delivering ‘whole person care’ and more cost-effective.

This matters because decades of government policies have proved ineffective in tackling health inequalities. In relation to mental health, we know that people who have been diagnosed with serious mental illnesses (SMIs) such as psychosis have significantly worse physical health than the rest of the population and die up to 16 years sooner.

We also know that, although people in England are living longer, they are doing so with increasing levels of morbidity. According to the Department of Health, around 15 million people in England are living with ‘long-term conditions’: illnesses for which there are no known cures. This equates to 50% of all GP appointments, 64% of all out-patient appointments and more than 70% of all in-patient bed days. This is estimated to be responsible for around £7 in every £10 of total health and social care expenditure. A significant proportion of people with long-term conditions also experience mental ill-health – most commonly depression and anxiety.

I recently visited Jamaica and Barbados as part of my Winston Churchill Memorial Trust (WCMT) fellowship. The Trust’s motto is ‘travel to learn – return to inspire’ and its ethos is to enable fellows to travel abroad and return with knowledge that could benefit the UK’s citizens. In keeping with that, I intended that my fellowship would inform my research. Currently, the main focus of my National Institute for Health Research (NIHR) funded research is to develop culturally-appropriate psychological therapy and educational resources for the families of Caribbean people diagnosed with schizophrenia.

My research emanates from several decades of research in England showing that Black people in general and people of Caribbean origin in particular are at significantly greater risk of being diagnosed with psychotic illnesses, especially schizophrenia. Intriguingly, despite repeated research studies consistently reporting this increased risk of SMI, there is little evidence about effective interventions for people from this ethnic group.

Responding to National Institute for Health and Care Excellence (NICE) recommendations, my work aims to increase Caribbean people’s access to psychological therapy. I chose to visit Jamaica and Barbados to investigate those countries’ approaches to dealing with schizophrenia. These islands are very relevant as the largest proportion of Caribbean people in the UK originate from them.

I believe some of what I witnessed in the Caribbean could have lessons for the UK. In comparison with the UK, the physical environment of the large psychiatric hospitals on both islands was limited and patients had relatively little access to psychological therapies. However, I also found innovative approaches from which I think UK services could learn valuable lessons.

In Barbados, the relatively small occupational therapy department delivered a programme of recovery-focused individual and group therapy. This included a ‘quarter-way house’ from which patients go out to work during the day and return in the evenings as part of a graduated discharge programme. Patients on this care pathway share a bungalow and, with support, are responsible for managing all activities of daily living such as cleaning and catering. The men (unfortunately, there is currently no equivalent programme for women) spoke positively of the support they received and the value of being gradually reintegrated into their families and wider community, despite high levels of stigma against mental illness. The impact of this programme has yet to be formally evaluated, but early results are promising.

In Kingston, Jamaica, the multi-disciplinary team based at the university teaching hospital worked with both hospitalised and community patients. This not only resulted in fewer hospital admissions, but also facilitated rapid access to in-patient care with a focus on stabilising symptoms and returning people to the community as quickly as possible – often within days and rarely more than six weeks. I also saw patients with psychiatric diagnoses being cared for alongside people with physical health needs on a general medical ward in the District General Hospital in Manchester (yes, there is a Manchester in Jamaica!) with support from a liaison psychiatrist.

Integration of mental health and primary care is the vision of Jamaica’s lead psychiatrist, Professor Wendel Abel, as part of a strategy to eventually close the main psychiatric hospital and deliver mental healthcare via general hospitals and community polyclinics. Professor Abel believes this will improve the mental and physical health of the Jamaican population. It will also reduce mental health stigma as it will increase the access of people with physical illnesses to psychological care. It is early days for this ‘natural experiment’, but the signs are encouraging and I look forward to returning to see how it works out.

As the UK government looks to deliver its strategic vision The Five Year Forward View, it is clear that radical solutions are required to meet the challenges and to develop effective, sustainable solutions to the big questions facing health and care services in England.

If ‘whole person’ care is to become a reality, radical transformation of care within relatively tight budgets will be required. The Caribbean might be a good place for UK policymakers, commissioners and service providers to seek inspiration.

The views expressed are those of the author(s) and not necessarily those of the NHS, the NIHR, or the Department of Health. 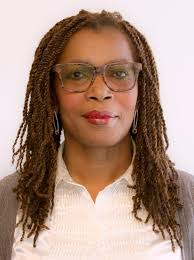