You are here: Home / Featured / An unhealthy partnership?

MPs have just had a bitterly divided debate on what the Transatlantic Trade and Investment Partnership will mean for the NHS. Neil Perkins and Jonathan Hammond consider the evidence.

The Transatlantic Trade and Investment Partnership (TTIP) is a trade deal currently being negotiated between the European Union  and the United States. If TTIP goes ahead, it will be the largest trade deal ever reached. Advocates argue that harmonising regulation and removing a range of tariffs, rules and bureaucratic processes will facilitate EU/US trade and realise significant economic benefits.

The European Commission suggests the EU’s economy could benefit from TTIP by €119bn a year. Other economic forecasts have been less optimistic, with one suggesting that TTIP would lead to job losses and a depression of wages.

TTIP has caused concern in the UK with regard to the NHS and public health for several reasons.

John Middleton, vice president for policy at the Faculty of Public Health, argues that “TTIP rides roughshod over national law… it will damage public health and make prospects for future laws protecting and promoting health less likely.”  The fact that 520 of the 560 meetings held by the EU Trade Department in preparation for TTIP negotiations were with business lobbyists (and only 26 were with public interest groups), shows the influence of business interests.

From a health perspective, perhaps the most concerning aspect of TTIP is the ‘Investor to State Dispute Settlement’ (ISDS). Health organisations in the UK fear this mechanism could be used by US corporations to contest any future legislation to repeal the 2012 Health and Social Care Act, or prevent the reversing of  outsourcing of NHS services.

The ISDS would give transnational corporations the power to sue governments before a tribunal of corporate lawyers. The corporations would be able to challenge laws and seek compensation if these are adjudged to affect future profits. In other treaties with similar provisions, we currently witness US tobacco giant Phillip Morris bringing a case against the Australian government for the requirement that cigarettes are sold in plain packaging. As George Monbiot notes of Phillip Morris: “It describes the UK’s proposed rules on plain packaging as ‘unlawful’: if TTIP goes ahead, expect a challenge”. Critics argue that such a tribunal would represent a parallel judicial system beyond the scrutiny of the courts.

However, two petitions opposed to TTIP have gathered 2.5 million signatures between them and the EU has made concessions.  It launched an online public consultation over ISDS  and the results have been published. From 150,000 responses, over 97% opposed the deal.  In light of the consultation, the ISDS plans have been set aside by negotiators and when the US-EU talks resume in February, they will not cover the ISDS. The European Commission will decide by this summer whether to abandon ISDS altogether.

On 15 January, TTIP was the subject of a House of Commons debate during which Matthew Hancock, the business minister, stated that: “We are quite clear that there is no threat to the NHS from TTIP. Public services, and publicly funded health services, are not included in any of the EU trade commitments …”.

It is somewhat curious to note, therefore, that in November 2014 a leaked letter emerged revealing that 14 states had written privately, and without consulting their sovereign parliaments, to Jean-Claude Juncker, President of the European Commission, to demand the inclusion of ISDS in TTIP. This initiative was spearheaded by the UK Coalition Government.

It is hard to accept the minister’s assurances given the lack of transparency around the negotiations and proposals. Many will recall that before the 2010 general election, David Cameron and other members of the Conservative Party repeatedly promised that there would be no more ’top-down reorganisations’ of the NHS.  However, the subsequent reorganisation has been anything but. It was described by Sir David Nicholson, the former NHS chief executive, as so large ’that you can actually see it from space’.

TTIP has potentially significant implications for the NHS and public health. The lack of transparency around the negotiations undermines assurances from Government that the health service will not be negatively impacted. Recent history has given the electorate reason to be sceptical of any such promise. We shall wait and see…

Neil and Jonathan are members of the Health Policy, Politics and Organisation Group (HiPPO) which aims to investigate the impact of innovations in primary care organisation, and to understand the organisational processes and other characteristics that produce these effects.

Neil Perkins is a research associate at the University of Manchester, studying health policy. 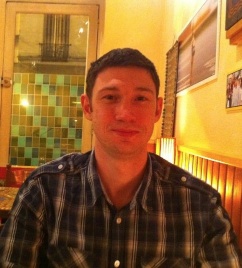 Jonathan Hammond is a research associate with the Health Policy, Politics & Organisation Research Group, School of Community-based Medicine, at The University of Manchester.