You are here: Home / Ethnicity / How can you identify as Irish on the census if you are not white?

The census allows people to identify as Irish only if they are also white. What about the growing number of ethnic minority Irish?, asks Lindsey Garratt.

When I moved to the UK from the Republic of Ireland in August 2012, I filled in an application to privately rent a house. The form contained a question on ethnicity.

As I ticked the ‘white Irish’ box, it was the first time I had identified myself as anything other than part of the majority group of a country. Now outside the dominant category and the anonymity this sometimes provides, a fleeting nervousness passed through me – what if identifying myself as Irish went against securing the house?

This thought came and went in an instant, but what hasn’t left me was my second reaction – what category would I have checked if I wasn’t ‘white’, what if I was ‘black’ and Irish, what box could I tick then?

For the previous four years I had spent my professional life interrogating the concept of ‘Irishness’ and breaking down its construction within Ireland. I have argued elsewhere conceptions of who and what can constitute a supposedly authentic ‘Irish’ identity masks racism in Ireland.

My core academic interest remains how ideas of authenticity are constructed and entwined with nationalism and how this intersects with notions of race and the body.

Within Ireland an interrogation of ‘Irishness’ in academia at least has been underway for some time and has increasingly picked up speed since significant changes in the demographics of the country from the 1990s. However these debates and the nuance of what being Irish means appeared to have made no impact in this new context. I was invited to tick the ‘white Irish’ box, a category that firmly couples an ethnic identity with a certain body type.

The classifications on that particular form copied the categories used in the census. The inclusion of an Irish category at all has come from direct lobbying for its inclusion and a concerted campaign to get people in Britain to tick the ‘white Irish’ box in an effort to highlight the proportion of people with an Irish background in the UK and to assess if there is continued inequality between groups. The politics of recognition imbues debates on this issue, but recognition requires adequate facilitation.

My colleagues in CoDE have pointed out the inadequacies of conflating skin colour with ethnic background in the census. The Irish example is particularly problematic as the much lower than expected uptake of the option to tick the ‘white Irish’ box has led to research investigating why many people choose not to identify in this way. However, what about those who may wish to identify as Irish – but are excluded from doing so?

The first may seem on initial glance to be a small group, but the financial crisis in Ireland has once again caused many people from Ireland to emigrate, including those who already have a migrant background – 12% of the population in the 2011 Irish census.

The second group could also seem like a recent minority, but as groups such as Mixed Race Irish (MRI) based in the UK and Ireland have pointed out, being Irish and of dual heritage has a long history.

The third group is perhaps the largest to be excluded. While those of dual heritage in the UK can tick one of the ‘mixed’ categories, those who may have an identity as Irish have no place to express this.

Indeed, considering the focus of the campaign to get second and third generation people to identify as Irish, it seems particularly strange that a whole proportion of these generations are precluded from recognition simply because the Irish in Britain are considered a white population.

It is time to recognise immigration from Ireland is not simply a movement of ‘white’ people. Indeed, Britain is not the only jurisdiction with a plural population. Sender countries do not stay frozen in time with homogenous populations: as migrants from the African continent may not be necessarily ‘black’, so too are those from Ireland not always ‘white’. But how can either group claim an African or Irish identity when skin colour and ethnicity are conflated?

Moreover the under-reporting of the second and third generation as Irish may not simply be because they prefer a ‘white British’ designation – for some the option to choose Irish is unavailable.

While debates continue on the construction of Irishness and racism within Ireland, it is important that diaspora communities engage in this conversation to not reproduce outmoded notions of Irish identity. For the politics of recognition to be well served within Britain, the ever evolving complexities of identity – globally and nationally – require sophisticated instruments that can express a multifaceted population. 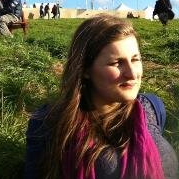 Dr Lindsey Garratt is a research associate with the Centre on Dynamics of Ethnicity [CoDE] in conduction with the University of Glasgow.