You are here: Home / Europe / Five reasons why TTIP is like a troublesome teapot

The Transatlantic Trade and Investment Partnership is like a tea-pot – but a troublesome one, argues Robbie Watt.

Known as ‘tee-tip’ for short, the proposed major international trade deal between the European Union and the United States is one that might determine the future shape of the global economy for decades.

Backed up with commentary from academics, critics of the proposed trade deal and a UK Government insider, all of whom spoke at a recent expert debate during the University of Manchester’s Policy Week, here are five reasons why  ‘tee-tip’ is just like a ‘tea-pot’.

Trade may have seemed a dull subject in recent years, but now it is scalding. TTIP is political – and it is becoming almost as hot a topic as it was during the 1999 Battle in Seattle when there was rioting outside the World Trade Organisation negotiations. TTIP is not just about technicalities, but rather about core values and ideas of how the economy should be run. TTIP is about how we regulate markets in terms of environmental, health, safety and labour standards – issues that everyone has a connection to, says Gabriel Siles-Brügge, lecturer in politics at the University of Manchester.

Green tea? Black tea? Earl Grey? Due to the current secrecy surrounding TTIP, we don’t know what the negotiators are putting into the tea-pot. The public are only due to find out later, when negotiators finally pour out the brew. At that point our politicians can decide to take the deal or leave it, or maybe add some sugar or milk – but the tea is brewing and we don’t know exactly what it is yet. We are only seeing inside the tea-pot through leaks, says Polly Jones, head of policy and campaigns at the World Development Movement. Ms Jones encourages the public to demand greater transparency over TTIP, to bring back democratic control. That is asking for a tea-pot made of glass.

3. TTIP is not an espresso shot

TTIP proponents say the economy is in a slump like someone falling asleep after lunch, so we need the TTIP to get it going again with jobs and growth. In truth, the projections suggest the deal will not make a drastic difference, that it will not get us going like a shot of espresso. Major NGOs argue that the projected economic benefits from the TTIP are insignificant in comparison to the much larger effects of sustained economic growth over a period of a few decades. Clive George, visiting professor at the College of Europe and author of The Truth About Trade, argues that trade economics models are ‘virtually useless’ when it comes to assessing the overall impact of trade deals on a country’s economy. If TTIP’s benefits are so measly and so uncertain, asks Mr George, why are they bothering?

Caffeine is more addictive than many people realise: if you try to stop you will get all sorts of headaches. If we sign up to TTIP, we might get hooked on a neo-liberal, marketised economy with public services run by foreign companies. TTIP could lock-in a market liberalisation habit and make any privatisation of public services like the NHS difficult to reverse. The lock-in of a neo-liberal economy may be achieved by granting corporations extended rights to sue governments in special courts under the terms of one of the most controversial aspects of the TTIP, an Investor State Dispute Settlement (ISDS).

David Henig, assistant director in the UK Department of Business, Innovation and Skills’ TTIP unit, is party to the TTIP negotiations (a.k.a. tea-pot brewing). Mr Henig insists that the EU mandate on TTIP explicitly rules out public services from the scope of any market liberalisation and that the UK government is not in favour of giving US firms greater access to the NHS than they enjoy at present. As for the caffeine addiction known as the ISDS, which enables firms to sue governments, Mr Henig argues that the UK already has investor-state dispute agreements, just like many other countries. The government has never lost a case, he says, and the TTIP provisions will bring improvements to the current system including greater transparency.

5. TTIP is not fair trade

Just as the British once controlled tea through empire, Clive George argues that TTIP may be best understood as post-imperialism by stealth, a direct response to the growing economies of China, India and Brazil. TTIP may be a calculated measure that aims to force the rest of the world to conform to Western economic standards, so as to gain a privileged position at the top of a hierarchical world order. The US ambassador to the EU has given credence to this view, calling TTIP the economic equivalent to NATO, stressing geo-political reasons for driving ahead with TTIP.

If this is true, the TTIP negotiators are brewing the tea-pot to set the rules of world trade before anyone else can get in the kitchen. 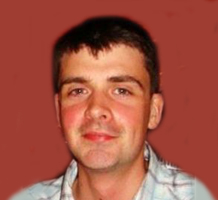 Robbie Watt is a doctoral researcher at the University of Manchester, studying the moral economy of carbon offsetting.