You are here: Home / Featured / Let’s take the opportunity to move young men away from violence against women

It is not easy to get young men who have been violent to women to talk about it. But when they do opportunities arise to change their behaviour, explain Professor David Gadd and Dr Rose Broad.

There is no inevitability that young men who use violence will continue to do so. But for them to change behaviour there may need to be an event or chance for reflection that motivates them to address their violence.

The end of a relationship can be such an occasion; or when they feel ashamed of the harm they have caused; when someone else sees their violence; or children or other family members notice; when they get into trouble; or when they begin to perceive similarities between themselves and older men, such as fathers and stepfathers, whose violent behaviour has affected them negatively.

It is, of course, a mistake to think that using violence makes all young men happy. It is not usually something young men feel proud of. So while they might downplay or deny it, they do so because they feel a certain amount of shame. This creates a small window of opportunity to get them to talk.

In the From Boys to Men project we found that most young men want trusting relationships. But many have no idea how to achieve them – and so resort to controlling behaviours when they feel insecure. Young men often face unrealistic pressures that lead to them falsely claiming they know what they are doing when it comes to love and intimacy. These pressures are both barriers to, and opportunities for, encouraging young men to open up about violence.

Creating a wider public dialogue through social marketing is a good idea. This can help young men to see themselves in other people’s stories and this can be a way of opening new discussions about matters that might have been deemed private. Social marketing that addresses issues of trust and fights – whether arguments or physical conflicts – are critical. Such social marketing should never imply that because a person has once been a perpetrator they will always be a perpetrator. Mistakes do not have to be repeated.

Following up on this dialogue is something that parents, teachers and practitioners who work with young people ought to do. Those young men who are already being violent, however, are likely to find it hard to talk to teachers or their parents.

This is why alternative service providers are needed – services where young men can:

Policymakers who commission such services need also to be alive to the complex challenges practitioners face. As our report illustrates, practitioners need to:

Helping young men to open up about violence is demanding work. But it is the only way to secure long-term reductions in the incidence of domestic abuse. It is critical that policymakers support practitioners in this endeavour. 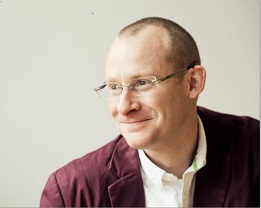 Rose Broad is a Research Associate with the School of Law at the University of Manchester.