You are here: Home / Featured / How can experiences of women negotiators help us achieve equity in times of change?

The demand to include women in political negotiations is slowly becoming an international norm. To maximise the impact of inclusion, it is important to learn from women negotiators’ experiences to date, explain Dr Laura McLeod and Dr Rachel Johnson.

There is widespread recognition that women need to be involved in negotiation processes – ranging from peace deals, to constitutional design, to international conventions. One such example is United Nations Security Council resolution 1325 (2000), which urges for gender inclusion and consideration in all aspects of the post conflict process, including peace negotiations.

These are questions that the European Research Council funded project Understanding Institutional Change: A Gender Perspective (UIC), based at the University of Manchester, is asking. The project seeks to understand the gender dynamics of institutional change – how processes by which governmental institutions are designed or reformed are shaped by gender and how such moments of institutional change can be harnessed to advance efforts to achieve more equitable gender relations.

As part of efforts to open the ‘black box’ of political negotiations and understand how they really work we heard at a UIC workshop the experiences of three female academic activists who have sat at the negotiating table: Alice Brown in Scotland during devolution processes in 1997-8 to establish the Scottish Parliament; Shelia Meintjies in South Africa during the mid-1990’s negotiated end to apartheid; and Valerie Oosterveld at the UN, during the drafting of the 1998 Rome Statute that brought the International Criminal Court into being. The conversation is published in full by the International Feminist Journal of Politics.

It feels as though this is an important moment to try and share some of their insights – women are organizing in Bosnia, Syria and Ukraine, pushing for inclusion in processes of institutional change – and whilst the circumstances vary enormously, there is potentially much to be gained from listening to the experiences and reflections of those who have been involved in some of the success stories of feminist intervention from the last 20 years.

Below are the six ‘lessons learnt’ that we have drawn from the conversation between Alice, Sheila and Valerie.

We have no doubt that there are other lessons that different readers will find within the conversation. We offer our interpretation in the hope that it will prompt others to read and share their own experiences. What can women, and men, who have pushed – or are pushing – feminist demands within other processes of institutional change tell us? 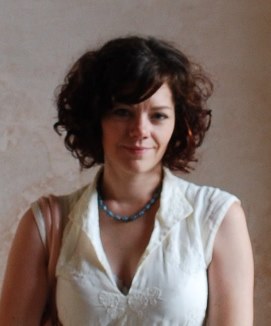 Dr Rachel Johnson is a Research Associate at the University of Manchester for the European Research Council funded project Understanding Institutional Change: A Gender Perspective.