You are here: Home / Featured / Revolution 2.0: the Internet connection

When Internet freedom contrasts with a lack of wider political freedom, it may be an indicator of likely revolution, explains Professor Richard Heeks.

In April last year I wrote a blog revealing that research showed Ukraine to be the country most likely to undergo a revolution. Given recent events, I was fascinated to look back at the results of my research.

In truth, I created this ‘Revolution 2.0 Index’ in 2013 as a teaching tool, not a predictive tool.  This followed the much-publicised role of social media such as Facebook and Twitter in the Arab Spring.  I looked at conditions in 39 countries.

The Index is based on a recognition that in today’s world there are factors that, when they come together, create the most likely conditions for a revolution. High-scoring countries are those where political freedoms are compromised, but Internet freedoms are not – at least for the moment.

In Ukraine, the international media has focused on mass protest, shootings, ransacked buildings and stand-offs with Russia. But social media has been the core tool used to organise protests and maintain them by letting protestors know where they can get nearby food, shelter, medical attention and so on.  It has spread the word about violence and has garnered support and assistance from overseas.

Alternatively, regimes can use their own Internet capabilities to monitor and disrupt online activities. Many regimes are doing just this, making cyberspace a domain for control and surveillance of opposition supporters.

Taking into account these factors last year, Ukraine was ranked as the most likely country in which a revolution would take place.  Worryingly for Argentina, it is only narrowly second. Georgia is third, though it is not seen by most commentators as being at immediate risk of regime change.

All five countries at the top of my list – Ukraine, Argentina, Georgia, Philippines and Brazil – have seen mass protests that are increasingly enabled and encouraged by digital technology. Other countries at significant risk of revolution according to my analysis are Russia, Kenya, Nigeria, Azerbaijan and Jordan. Countries at the other end of scale, which seem secure, are Cuba, Ethiopia, Iran, China and Burma.

Manuel Castells in Networks of Outrage and Hope demonstrated the centrality of information communication technologies (ICTs) in the initiation, growth and mobilisation of recent mass protests: the Arab Spring, Iceland’s Kitchenware Revolution, the US Occupy Movement, and Spain’s Indignadas.

His central assertion is that cyberspace is a place of safety and autonomy for mass social movements, including those that grow into revolutions.  Looking worldwide, though, that clearly isn’t true – try organising your revolution online in China and see how far you get.

Can we measure ‘how far’ you might get? Not exactly, but thanks to data from Freedom House’s Freedom on the Net and the International Telecommunication Union, we can get a sense of how safe and autonomous cyberspace is around the world.

But that’s just a measure of freedom or constraint.  Revolutions are driven forward by outrage. As Castells points out, in the case of the Arab Spring, outrage built up as earlier protests and alternative options were repressed by the state.

Therefore the driver to protest may be measured politically.  An example would be the Economist’s Democracy Index, which with its order reversed becomes an ‘Outrage Index’ with higher scores meaning more autocracy and repression, which could trigger more protest.

But we also need to take account of ICT access rates, which pushed some African countries down the rankings. The Index therefore comprises one half ‘Net Freedom’ scores and one quarter each the Outrage and ICT access rates.

This is still not perfect. Castells argues that recent mass protests have almost all had an economic foundation. The options for measuring this have limited value: GDP per capita and income inequality do not correlate correctly with recent protests. Unemployment rates, particularly amongst students, and changes to average incomes or prices may provide better measures.

But we need to be aware that the weightings used here are essentially arbitrary, that the statistical measures are imperfect and there is unlikely to be a linear relationship between the Index and real-world effects.

Then there are the emotional effects: Castells argues that the key elements to enrolment and mobilisation are not rational and quantitative: they are fear, outrage, enthusiasm, hope. These do not appear in national surveys.

The Revolution 2.0 Index will not identify the location for the next ICT-enabled regime change. But there is a sound central point – significant national differences exist in both the drivers to mass political protest and the ability of such protest movements to freely organise themselves online.

When these factors are combined we have a sense of how likely ‘mass protest movements of the internet age’ are to form in any given country. 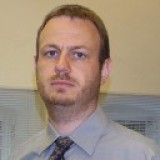