You are here: Home / Featured / Can Manchester become a cycling city?

For cities such as Manchester to operate a fully sustainable transport system they must make cycling mainstream, say Dr James Evans and Gabriele Schliwa. Their study into how to make the vision reality has policy implications for the whole of the UK.

Manchester may be the home of British Cycling, but does the city fully embrace two wheels?

A flat city home to Europe’s largest student population should, in theory, be a biking mecca. But the reality is some way off. Many would-be cyclists are simply put off getting on the saddle at all, even for the slightest journey, be it because of safety or security issues, practicalities, better alternatives or maybe just Mancunian weather!

However, as more people see both the economic and health benefits of cycling (and the nationwide boom shows little sign of letting up), so cities need to adapt and make cycling mainstream. If cities really want to fully embrace sustainability then cycling has to be a part of the mix.

For a city such as Manchester to see more cyclists on its streets it has to do a number of things – understand the needs of cyclists, experiment with solutions, and learn what works. This means bringing together partners already working on the ‘two-wheels good’ mantra.

It was precisely these elements which provided the framework for the Manchester Cycling Lab research project into the state of cycling in the city that we began a few months ago, thanks to funding from the Economic & Social Research Council.

Ranked against the likes of London – or even a comparable city on the continent – Manchester would probably admit it has been slow to fully embrace the potential of cycling, while also underestimating cycling usage. At the same time there has been remarkably little research into cycle usage in the city compared to other forms of transport. There is a sense in which Manchester has to catch up.

There are lots of exciting initiatives already underway in the city. For instance the Velocity 2025 programme aims to make cycling a mainstream, everyday form of transport via a network of newly-built or enhanced cycling routes within the next decade. And the Oxford Road Corridor development will ban all cars except taxis along a stretch of the road beside our own university, while at the same time improving pedestrian and cycle facilities.

So what exactly have we been doing? Our starting point was to identify the gaps in knowledge that need to be filled in order to facilitate the Velocity programme, working closely with Manchester City Council, Transport for Greater Manchester (TfGM) and local businesses.

We then developed a suite of applied projects to address these needs using existing research capacity in the University – most notably in the form of our highly trained and motivated student body. The idea is to turn Manchester into a living laboratory for the study of cycling, harnessing the knowledge and capacity of the University to support a cycling transition.

Our portfolio contains about a dozen research projects, tailored to the knowledge needs of our key stakeholders, including a cost-benefit analysis for cycling investment in Manchester; an analysis of the potential to use bikes for delivery services; comparisons with cities such as New York and Berlin that have successfully invested in cycling; and smart planning for bicycle infrastructure.

For the latter project masters student Benjamin Bell is investigating whether Strava, a popular app which enables users to track and record their cycle journeys, can be used to understand where people cycle in Manchester. Early estimates suggest more than 12,000 people use Strava in Manchester, which accounts for around 6% of all cyclists in the city, a not insignificant number. We are sending out mailshots to further encourage the use of Strava by regular commuter cyclists to build up more representative data.

We set out to learn who already cycles in the city, which roads they use, and how often. We particularly wanted to test the extent to which Strava provided a realistic picture of Manchester’s most popular cycling routes and cyclist demographics. Is it representative of actual cycle patterns? We will be comparing our results with previous TfGM studies and against real-life counts of cyclists on the same road segments.

Although the results are still coming in, the findings are already striking. For instance the vast majority (on average more than 90%) of Strava users are men. But does this reflect the wider uptake of cycling in the city? And those women who do use Strava tend to use more side roads and off-road routes to complete their journey. Surely a demonstration of very real safety concerns among women?

The questions ultimately posed by our study are long term. They are as much cultural and behavioural as physical. Can we change the actual mindset of vast swathes of the population and bring them around to the benefits of cycling?

As the Manchester Cycling Lab research portfolio shows, we want to compare our work with comparable cities. But in this regard Manchester needs to benchmark itself not just with other UK cities, but with those on the continent or in other developed nations too. Here our aim is to very much to be part of that wider policy debate about what cities like Manchester can and need to do to fully embrace cycling.

Cities like Berlin have achieved major increases in cycling levels in a relatively short time-frame with similar levels of investment to that proposed in Manchester. Their investment in cycling infrastructure, promotion and education is now really paying off, as any recent visitor would tell you. Let’s make people say the same about Manchester in 10 years time. 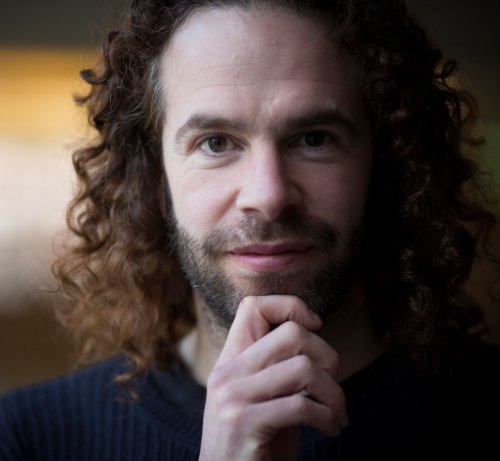 James Evans is Professor of Geography at the University of Manchester. His research focuses on how cities learn to become smarter and more sustainable. 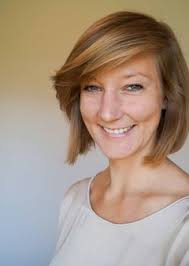 Gabriele Schliwa is Project Manager for the Manchester Cycling Lab, based in the University of Manchester's School of Education, Environment and Development.