You are here: Home / Featured / Fast Water versus Slow Water: Fragmentation in adaptation and resilience to flooding and water scarcity

It’s been a tough few years for the residents, citizens, farmers and nature areas of Somerset, UK. The past few months represents the second time in two years that the Somerset region has had to deal with catastrophic levels of flooding, writes Dr. Alison Browne. Data from the MET office show that this is the wettest January in over 100 years.

The move by the national government to consider ‘planning for flood risk over the next twenty years’ and a ‘six week review of floods’ is good news to the councils, citizens, farmers and nature struggling to cope with the pressures of this latest wave of water crisis.

However, my worry is that floods and water scarcity are managed and planned for separately. The renewed interest in finding a solution for the flooding issues in Somerset is being done largely in isolation from the discussions about environmental drought and water scarcity. As I will explore in this blog post, I feel this separation prevents the broadest range of possible solutions being given equal consideration in the political agenda.

How Quickly We Forget – Remembering Water Scarcity from 2010-2012

Although there have been these devastating experiences of two floods in two years (2012, 2013), what has been forgotten in the coverage of this issue in the media is that from 2010 to 2012 the Somerset region was actually on the precipice of a severe drought and water scarcity situation like a lot of the rest of the UK. I explored these issues in a previous blog post.

Our initial research shows that although floods are seen to be a dominant issue for Somerset, there is a fairly large amount of intensity from most stakeholders that drought and scarcity is also an issue for the region (particularly related to nature and agriculture).

So if both floods and droughts are seen to be a problem, why are we not planning for these issues in a joined up way? Why are the debates around flooding and water scarcity so incoherent, so fragmented, so contradictory? I explore the problems of this fragmentation below.

The way that the environmental, social and economic problems about water management are currently being framed in Somerset is overwhelming with flooding as the central and dominant issue for water management. As a result of this problem framing of flooding as the primary issue, the discussion of what sorts of strategies and instruments can be used to deal with this primary problem of flooding easily slips into a discussion of dredging. This week the UK Prime Minister David Cameron has even overruled the Environment Agency position on dredging, and is bringing in the army to do dredging as soon as it becomes safe to do so in the region.

While I do not dismiss the need to deal with the effects of these devastating floods and the concentration of resources and political will needed to do so, I also see the way this is being approached from a governance perspective particularly problematic.

The way that I have come to conceptualise this suggestion of dredging as the solution for both the short and long term is through the use of the term ‘Fast Water’. That is, by framing the primary problem for adaptation and resilience of this region as flooding it naturally concentrates the debate of solutions towards the removal of water from the region as quickly and swiftly as possible. This engineering solution, enacted in this context by a military force replicates the notion that this is crisis management against the threat of flood. It should be noted that there is not consistent scientific support that dredging is that effective as a flood management tool, particularly when a long term perspective is taken into consideration.

Other stakeholders such as RSPB who are focused on the environmental impacts of these floods for nature, and especially bird wildlife, have suggested that dredging is an inappropriate response, and approaches such as improved catchment management for hydraulic retention would reduce flood risk.

However, Slow Water solutions may require a change to the problem framing of resilience and adaptation. To recognise that the seriousness and need to address the devastating impact of floods, while still acknowledging that there is also a very real existing and emerging threat of for water scarcity in the region, changes the range of strategies and instruments that could be used to effectively mitigate variability and extremes. This more joined up approach may also mean that the future of this region becomes characterised through adaptation and resilience, rather than crisis management of extreme events.

A Need for Joined Up Thinking

The intention of this blog post is to open up debate the fragmented nature of adaptation measure in regards to floods and water scarcity. Hopefully the DROP project will substantially contribute to a greater reflection on the governance issues around drought and water scarcity in the context of climatic extremes.

It should be noted that I am not a hydrologist, and so therefore, would need to do a substantially larger amount of research to feel confident in promoting one type of ‘solution’ over another! However, opening up a debate about the way droughts and water scarcity are dealt with within policy networks is significant. What are the implications of fragmentation of flooding and scarcity into separate debates? For example, the Water Bill working its way through parliament should be an opportunity to fundamentally reconsider the connection of these issues of flooding and scarcity management for agriculture, nature and drinking water. However, fractured thinking still dominates.

Framing these problems as separate may restrict the discussion of the potential solutions, strategies and instruments that are possible to create a resilient water future for the region, and may cast the solutions for one aspect of climatic variability (flood) against another (drought).

Disclaimer: It should be noted that this blog post reflects upon the ‘governance’ aspects of drought, and represent the views of Dr Alison Browne only, and in no way reflects the views or opinions of the Somerset County Council or other affiliated stakeholders in the DROP project. 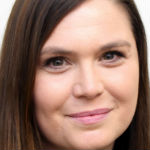 Alison Browne is a Senior Lecturer in Human Geography and the Sustainable Consumption Institute at The University of Manchester. Alison works on the social, performative and material dynamics of everyday life related to water, energy, waste, and food. In a mixed methodological and transdisciplinary way she plays with ideas of how such everyday practices come to be disrupted, changed and governed in the context of climate and global environmental change.