You are here: Home / Featured / Police are the real stop and search offenders

Most police forces don’t understand how to use their powers of stop and search, writes Dr Juan Medina-Ariza. Black people are seven times as likely to be stopped and searched than whites in modern, multi-ethnic Britain – and this risks undermining the public’s faith in the police.

The publication of HMIC’s report on the use of stop and search identifies a number of serious problems in the use of these powers by the police. In doing so, it adds to the choir of voices requiring a rethink of the use of these controversial powers. A good deal of what is noted in the report has been documented before, though the report operates as a helpful reminder of what may happen when state powers for surveillance are expanded.

Some of the more original findings relate to the very limited oversight by superiors; the poor documentation of grounds for the stops; and the emphasis placed on how they are being used in many forces to tackle low-level drug offences (rather than more serious violent and property offences).

The latter, in particular, makes a mockery of the argument that stop and searches represent an essential police tool to tackle crime. The fact that little is being done by police forces to evaluate the impact of stop and search deployment also raises important questions – for these are the things a modern police force that takes communities and crime prevention seriously ought to be doing.

Nonetheless, it is true there is wide variability among police forces and the recent EHRC report on the worst culprits suggests that change is possible, particularly when there is close scrutiny and leadership support.

The report makes a number of very sensible recommendations – if often falling into familiar tropes (more training, more technology, more scrutiny). My personal wish-list would have gone a bit further. Transparency and data-driven criticisms of police action have played a significant role in supporting the public debate around these practices. In this, we should comfort ourselves that the UK is way ahead of many other nations.

But we could go further. Technology could help to geo-code the location of stop and search; stop and search maps could be included in the publicly available data in the Police.UK website. This would allow for an additional layer of public scrutiny (and scientific research) to monitor the adequate use of these powers (are all communities, conditional on crime, equally likely to be targeted? Both US research and UK research suggests not) and support their better use for crime prevention purposes.

And while the report makes a call for more targeted use of stop and search, we do not have an empirical research base that allow us to estimate whether even this more selective approach would have more benefits than costs. The HMIC report suggests the public think these powers are an effective crime prevention tool. Indeed, during the last decade we allowed the “success story” of NYC for tackling crime through aggressive use of stop and search powers to set the tone of the debate and policy, contributing to undermine the Stephen Lawrence legacy. Section 60 stop and searches are a testament to that.

But the quasi-experimental evidence on the Tackling Knives Action Programme, which relied heavily in these tactics, is far from suggestive of strong positive effects. We need more of that research, some of which could take the recommendations of the Cabinet Office on experimental designs, so that firmer conclusions can be reached.

I sincerely hope the Association of Chief Police Officers (ACPO) and Theresa May pay attention to the report’s recommendations and contribute to support a more efficient and fair use of these controversial police powers. For as the HMIC says, it will take inspirational and courageous leadership for any change of problematic current practice to succeed. 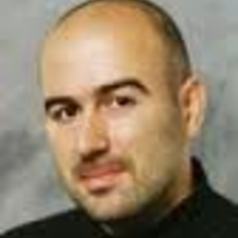